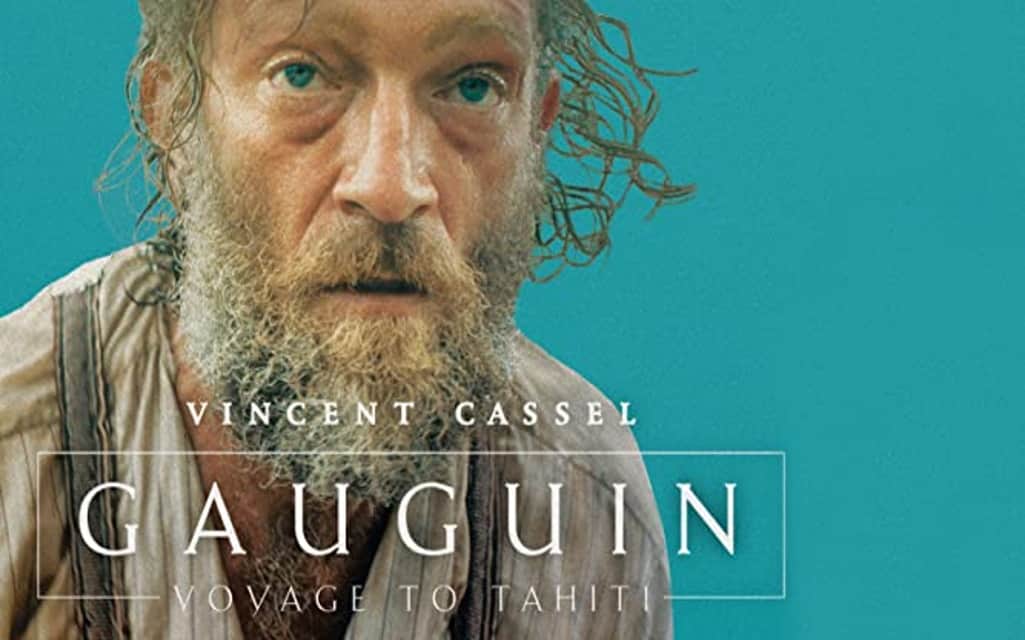 Over the years, many movies have been made based on the real-life events of some of history’s most famous artists. For French Symbolism painter Paul Gauguin, it was only a matter of time before his colorful life made it to the silver screen.

In 2017, Studio Canal released a feature-length motion picture depicting Gauguin’s life titled ‘Gauguin Voyage to Tahiti.’ This biopic would focus mainly on the events of Gauguin’s later life as he left Europe and settled on the French Polynesian island of Tahiti.

At its heart, the movie is a tale about one man’s pursuit of his dreams and artistic ambition above everything else. Along the journey, Gauguin confronts questions such as love, family, art, and ultimately, the question of what it means to be human. So, ask yourself, would you risk it all to attempt to find answers to these questions? Well, Gauguin did.

Set in 1891, it follows the events in France that led to Gauguin’s eventual departure to the French colony in Tahiti. At the time, Gauguin was frustrated and completely fed up with France and the ways of European society altogether. He yearned for freedom, which Tahiti represented to him.

Another factor contributing to Gauguin’s frustration was the lack of appreciation he felt he deserved but wasn’t getting from the art world. From a psychological point, Gauguin’s voyage to Tahiti can be seen as the artist wanting to run away from his problems, something all of us have wanted to do at some point in our lives.

The difference between Gauguin and us is that he actually does run away, leaving his life, job, wife, and children behind in pursuit of his vision. Gauguin arrives on the island of Tahiti with little more than an idolized dream. But, Gauguin soon finds that the reality of this wild and untamed paradise provides him with far more than he ever expected.

Famous French actor Vincent Cassel is cast in the role of Gauguin here. Cassel is best known to western audiences for his appearances in Black Swan, Ocean’s Twelve, and Thirteen, where he plays a suave, sophisticated yet sinister gentleman. Cassel’s Gauguin is a disheveled, cynical, depressed, and somewhat wildly desperate man.

Alongside the French painter Paul Gauguin, the movie follows the two women closest to him, his wife Mette Gauguin, played by Pernille Bergendorff, and the young native girl Gauguin falls in love with on the island, played by Tuhei Adams.

The island of Tahiti is also one of the main characters throughout, with its lush environment and charmingly primitive people. The director does a great job showing the contrast between the ways of the natives compared to the greed and corruption of the European colonizers. Director Edouard Deluc should be credited for his grittier, more realistic depiction of island life.

The Voyage to Tahiti

In those days, the journey to Tahiti was long and grueling. You could not be certain that you would survive the trip, so Gauguin the artist did risk everything for his dream. However, his decision to leave behind his wife and children is a controversial one as the audience asks did Gauguin do this in the hope of providing a better life for his family or was it simply a selfish and irresponsible choice.

The question is posed multiple times throughout the movie, and despite the paradise of the island backdrop, there is a depressive undertone running throughout. Gauguin traveled to Tahiti as a starving artist, and this fact doesn’t just disappear.

The movie highlights the idea that you can’t just run away from your problems. Sooner or later, you will have to face them, and although things may seem significant at first, the karma of life has a way of balancing things out, and you should be prepared if your hardships should return.

The Beauty of Eve

Upon arriving on the island, the French painter is invigored with a sense of excitement and inspiration, which every artist dreams of. Some of Paul Gauguin famous drawings were painted during this time; however, this wouldn’t be realized until after death, like many great artists.

After Gauguin settles on the island, he meets his greatest inspiration, Tehura, a young native girl. The two soon start living together, and Tehura quickly becomes Gauguin’s muse. Consumed by this newfound love, he devotes many drawings and paintings to her feminine beauty.

Another central theme of the movie is the concept of choice. The relationship between Gauguin and Tehura, Gauguin’s decision to leave his family behind, and his belief; all portray that he was born to paint and touch on the idea of the personal meaning of one’s life.

The Meaning of Life

If someone were to ask you the meaning of life, what would your answer be? Would you give a collectivist cultural response or a more individualistic one? As we unravel more about Gauguin the artist, it becomes more evident that he was a man and an artist absolutely motivated by his own heart and soul.

Paul Gauguin is a perfect example of someone who was pursuing happiness. Instead of following the expectations enforced by cultural society, Gauguin sought to break away in favor of freedom. For better or worse, he was an artist who ultimately lived life on his own terms.

Many of us would rightly condemn Gauguin for leaving his family behind or for taking a second wife who was so young. However, beyond just criticizing Gauguin’s questionable actions, we should also learn from his desire for freedom.

In conclusion, Voyage of Tahiti is a movie that is just as much about the human condition as it is about art. Gauguin’s life story is as dramatic and colorful as any one of his paintings. Be sure to check out the movie and learn more about the artist’s life online.