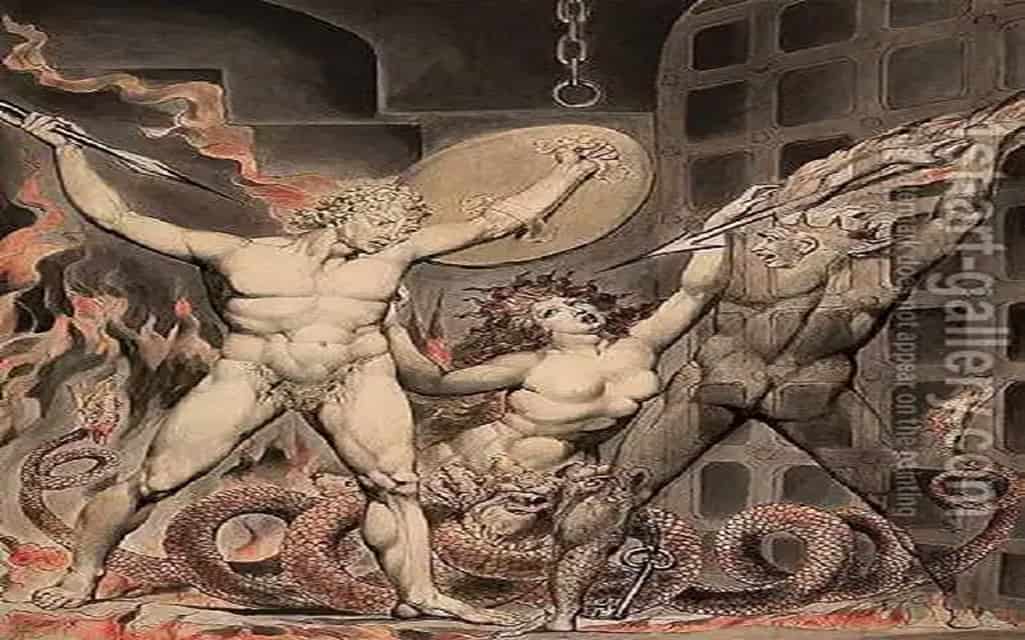 The term “demon” is often equated with malevolent spiritual beings that are inherently evil. They are believed to be the tormentor in hell, the harbinger of damnation and a spirit of divine power. Maybe that is why artists have been obsessed with Lucifer and Satan Paintings for centuries, despite their horrific theme.

“The Nightmare” by Henry Fuseli, “Dante and Virgil” by William -Adolphe Bouguereau, “The Last Judgment” by Hieronymus Bosch, and “The Demon Seated” by Mikhail Vrubel are some of the most mind-bogglingly disturbing paintings. And yet, their popularity knows no bounds.

The myths and superstitions revolving around demon paintings never stopped painters from painting on such subjects, but did the same stop art lovers from buying it? And if so, why? Let’s try to find out, shall we?

Demons are Believed to be Omnipotent

According to Christian mythology, Satan was an angel who rebelled against God and was subsequently cast out of heaven. He then became a demon, or in other words, a fallen angel. Other angels who followed his path became his minions.

Because they had angelic powers subject to God’s faculty, the general populace believed demons were all-powerful like God. However, in the Bible, there are many instances where angels use their power to destroy cities and people.

Furthermore, we also witness that demons have the ability to infuse their power and strength in their victims and even move through space. These Bible citings were suffused throughout books and culture, which affirmed people’s belief in the evil nature of the devil, thus making them fear any physical object associated with them.

You Pay Homage to It by Owning It

In the last decade or so, the world became even more tempted to unravel the truths behind demonic possession and lingering of the spirits. Cinema is the leading enthusiast that didn’t shy away from showing how evil spirits can permanently reside in your home through a medium. The famous Annabelle doll being the most prominent example.

Demons are believed to attach themselves to objects if they are attracted to them. These objects act as a gateway or a portal to travel between the transcendent and the temporal realms. Owning such things means you are inviting evil, which can cause you and your family to be the victim of dreadful acts.

The idea that spirits can possess and need to be cast out by the process of exorcism is not new: the Bible recounts six instances where Jesus cast demons out. Spiritualism as a religion flourished in the 1800s, especially in America. It teaches that death is an illusion; spirits linger after one dies and holds power to possess humans and objects.

Even in the New Age, people accepted channeling – a form of possession where spirits inhibit a person or a medium and communicate through them – to be real. Maybe that’s why the demon art called “Satan Devouring His Son” by Francis Goya illustrates the myth that Satan eats his offspring to ensure that he remains uncontested was never intended to be viewed by the public, let alone owned.

Owning Demon Paintings Can Mess With Your Mind

Exorcisms may be relics of the Dark Ages, but they are performed now, even mentally disturbed. When you own an antique or an image of evil, it is bound to mess with your mind a little. Even if there is no actual demonic presence, the superstitions ingrained in one’s mind will persuade them to be surrounded by an evil company.

More often than not, people who are depressed, schizophrenic, or are mentally or emotionally disturbed are mistaken for being possessed by a demon. Even the most expert psychologists, paranormal experts, and psychics mistake the symptoms, leading to false diagnoses. This convinces them that the source of their struggles is a dark entity, and they immediately get rid of any object related to an evil presence.

The Renaissance Occultism and Superstitions

The Renaissance era held that “magic” and “occult” embodied negative qualities of superstition. Then, around 1620, when the witch hunt peaked, superstitions started to be linked to the devil, for he was considered the great lord of magic and the master of power and idolatry.

As the belief spread, people started to reconsider the concept of the devil. And while many rejected this concept and asserted that the devil was not above the natural order, some groups and individuals began to fear the lord of darkness, thus not letting anything which had a shred of evil enter their home, artworks included.

Transgressive taboo artworks permeated with distressing concepts and unsettling subjects. But it did not stop the art enthusiasts from proudly owning the demon artworks. If the myths don’t phase you as well, you can explore lucifer paintings at the 1st Art Gallery, which is the largest supplier of Made-to-Order oil paintings! So own these evil artworks and find out if the rumors are true.

How Flooring Samples are Useful

How to Be an Online Personal Trainer

What Is It Like to Use Premium Electric Bike for City...