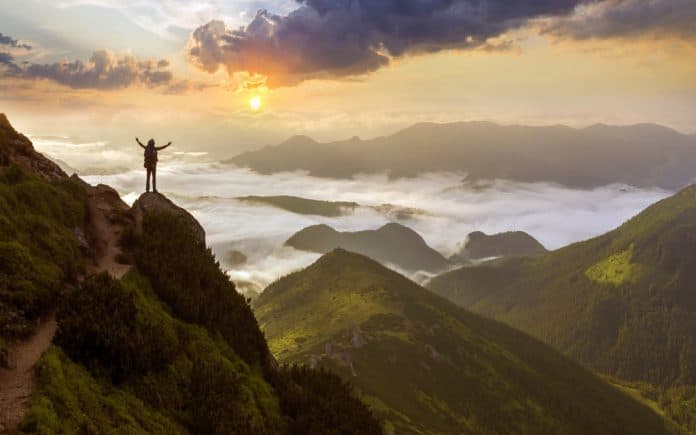 For many Tripadvisor devotees and Toronto denizens in the know, Jason Hill is the burger king of Six Nations of the Grand River. As founder of the legendary Burger Barn in Ohsweken, he has added a must-taste attraction to the itinerary of visitors to Canada’s most populous First Nations territory.

As tempting as the menu may be — and, admittedly, the Double Stacker is a wonder of culinary architecture — the real secret to Jason’s success is his devotion to the culture of Six Nations. Although he is a highly successful serial entrepreneur, Jason Hill has never thought about leaving his hometown or the people who know him well.

Jason Hill is proud that Burger Barn is a business of, by and for the people of Six Nations, deeply rooted in the closely-knit community. And so he is the ideal person to outline the contours of this magnificent culture, with these six interesting facts about a place you should surely visit:

2.  The original people of Six Nations are Haudenosaunee, a native tribe often known as Iroquois, especially when referring to traditional lands in northern New York State. The name Haudenosaunee literally translates as: “They build houses,” a reference to the practical, innovative building designs that have impressed visitors for generations.

3.  The name Six Nations represents the unity of Iroquois tribes that learned over a very long history that standing together was the way forward for the people. The alliance was formed deep in Iroquois history by a man revered as The Peacemaker. By his example, enlightenment and wisdom, he convinced the separate nations to choose peace and cooperation over conflict.

4.  The Peacemaker is said to have taught the lesson of strength in unity by first breaking a single arrow, illustrating its fragility; and then holding aloft five arrows in a bundle that could not be broken. These arrows represented the original five nations, the Mohawk, Oneida, Onondaga, Cayuga and Seneca nations. Centuries later, the Tuscarora nation became the sixth.

In one of the most powerful symbols in Iroquois tradition, The Peacemaker sealed a lasting peace among the nations by convincing tribal leaders to bury their weapons of war under a towering white pine, the Tree of Peace.

5.  The Peacemaker was also a political philosopher who established a solid social foundation that survives to this day, The Great Law. The core principles of The Great Law include living life with a good mind and good intentions, abiding by the laws of nature, and individual freedom through the wellbeing of whole communities.

6.  Guided by this enlightened philosophy, the Iroquois Confederacy thrived, and its influence extended far beyond the tribes. In fact, some of the key American Founding Fathers studied the Iroquois system of governance, with its concepts of federalism and separation of powers. The high status afforded to women in the society was also centuries ahead of its time.

How To Style A Roll Neck This Fall And Winter

Is Surfing Hard To Learn?