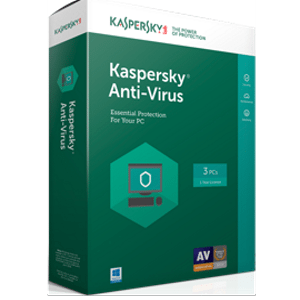 Kaspersky antivirus 2017 is one of the best antiviruses in the market these days, with KAV your PC will be protected against Malware, viruses, and Trojans, with speed automated Real-Time Antivirus Protection and detection rate, Kaspersky will do the job as exactly you looking for.

Kaspersky Antivirus 2017 has a full lineup of features, with the new features set and enhancement make it one of the top antivirus in the market, such features as System Watcher proactively detects dangerous activity on your PC. , Vulnerability Detection seeks out compromised programs and recommends patches, Anti-Phishing protects your digital identity, Virtual Keyboard provides secure entry of online banking and shopping information, Gamer Mode for an uninterrupted gaming experience.

One of the new feature is iChecker/iSwift provide intelligent scanning for maximum performance.

When real-time protection was engaged, memory usage was less than 6MB on windows xp . And 5 MB on Windows 10, Memory usage only slightly increased when the antivirus had to deal with a malicious file.

We’re very pleased to see that Kaspersky antivirus removed all adware and spyware. During our testing, 92% of spyware were detected. Even spyware that was recognized as spyware or adware, but not deemed dangerous, was removed anyway just to be safe.