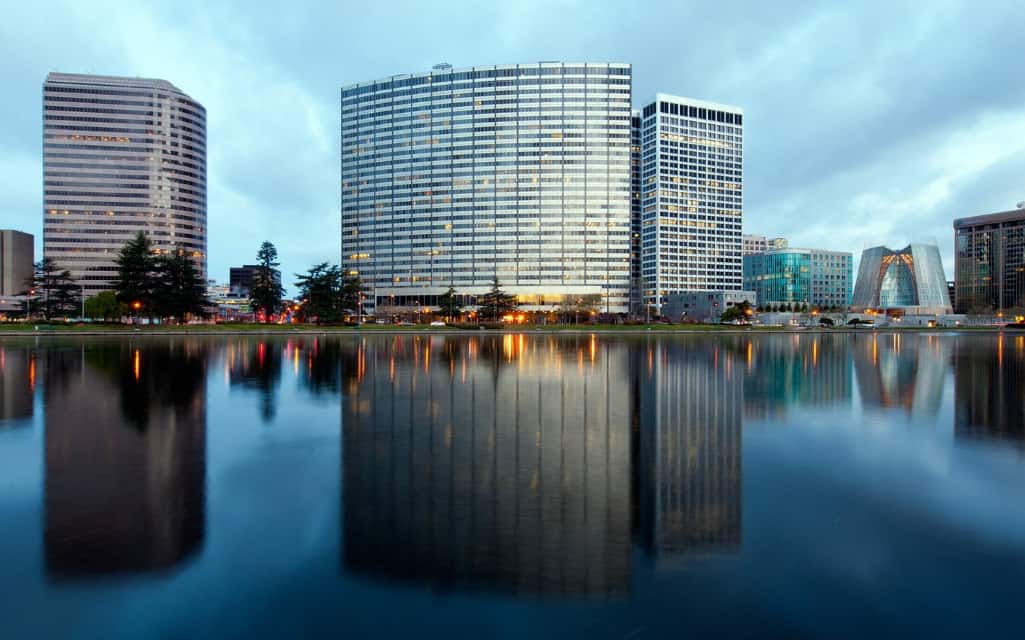 Until a few years ago Oakland was known primarily for its important commercial port, the largest on the west coast of the United States. Thanks to the influx into the city of creative characters (artists, chefs, directors and programmers from nearby Pixar) attracted by cheaper rentals than nearby San Francisco, the atmosphere has completely changed. Oakland is experiencing a period of great development and rebirth from a cultural point of view. It is increasingly a city with its own identity, which is becoming a tourist destination where to spend two or three days immersed in art, music, nature and good food, and then go out to explore the other places of the city.

This is how restaurants headed by some of the most interesting names in the world of catering (such as the disciples of Chez Panisse), lively cultural centers, lush parks, wineries, craft breweries and the joy of living contagious, have made the city into one of the most emerging destinations in the bay. And all this accompanied by better weather conditions than its renowned neighbor. But let’s be clear: Oakland does not want to be the queen, there are no thrones to usurp, his goal is to make the trip in the bay even more exciting, surprising and, why not, more economical.

Afternoon relaxing on the lake

Oakland Lake Merritt, an artificial salt lake that was contaminated in the past, has been showing a new face for four years as a result of a redesign of $ 122 million. It has a variety of sports facilities and themed gardens to explore, including a Sensory Garden, a Japanese Zen Garden, and the only Bonsai Public Garden in Northern California. Work is being done to open a canal between the lake and Jack London Square, so that one day you can paddle to San Francisco Bay (so that sea lions can also return). Lake Merritt was the first wildlife refuge in the United States in 1870. The birds had disappeared for a while, due to growing development, but now they are again on the rise. Golden Gate Audubon offers free rides with birdwatching.

For anyone interested in everything that is California, the Oakland Museum of California is the perfect place. This recently renovated museum jewel has three large exhibition areas dedicated to art, history and natural sciences. While touring the numerous interactive screens, you soon realize that much of California’s history is the country’s history: computers, Hollywood movies, Summer of Love and strong immigration.

It’s true, Napa Valley is very close, just an hour away, but why go crazy in traffic when Oakland has an exceptional wine route? What you hear: magnificent wineries with wine barrels, maceration areas and tasting rooms that feature zinfandel and syrah wines, among the most appreciated in the state. The view from the Rosenblum wineries is unsurpassed and you can enjoy a tasting of four wines while admiring the port of Oakland dotted with sailboats. There are many other wineries in the city such as Jeff Cohn, Urban Legend, Periscope, but perhaps it is Dashe that offers the best experience for an urban winery. And while you walk along a small anonymous street you find a bright red warehouse full of oak barrels and stainless steel barrels. There you can enjoy a tasting at the counter or enjoy a picnic in the sunny patio.

In the world of basketball everyone talks about the Golden State Warriors, one of the best teams in the NBA. In fact, in 2016 they broke the record, achieving the highest number of victories in an NBA season, beating the Chicago Bulls of Michael Jordan. There is nothing better than admiring the originalities of its star and best player, Stephen Curry, to spend an afternoon in the city. It’s clear that Oakland offers so much charm. Decided to move there? You need professional Oakland movers!

9 Tips to Enjoy a Safe Family Trip in Switzerland

How to Calculate Your VA Disability

Exploring beautiful destinations for walking holidays around the world

How Travel Can Teach You Methods of Investment