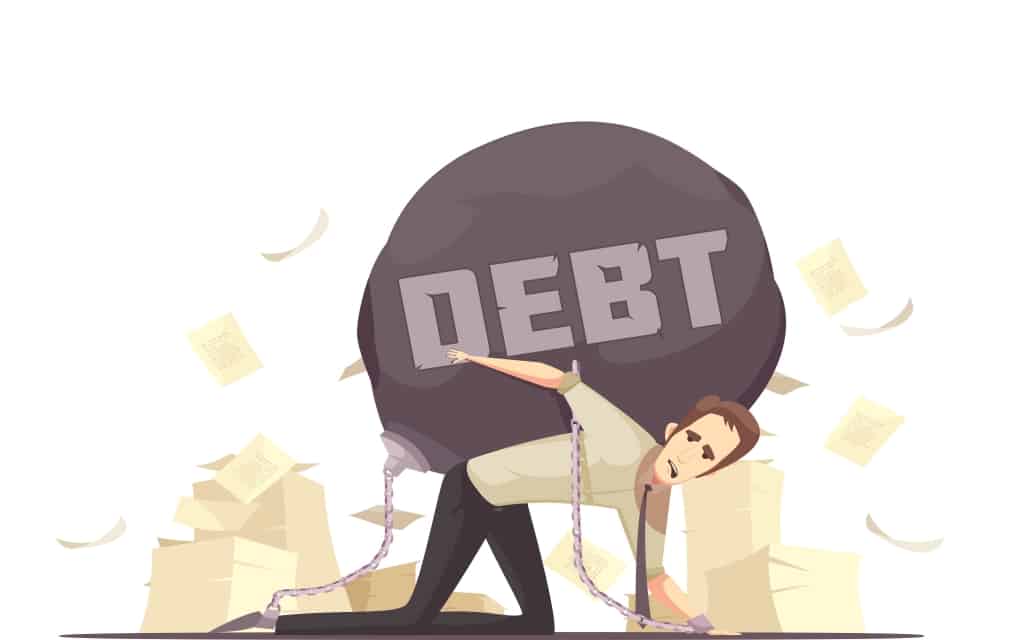 Debt is everywhere. Many people living in the U.S. are feeling the pressures of a mounting debt load, as total consumer debt is now over $4 trillion. And that number doesn’t include how much is owed on home mortgages. It’s common for people to feel so indebted that they think they’re never going to get out of debt. But many consumers found ways to reduce or eliminate their debt, and you can too.

The first step? Understanding what keeps people in debt—here are seven examples.

Not Creating a Budget

A lot of people deep in debt feel like they don’t understand where their money is going each month. This causes them to continue spending in ways that increases their debt loads. When you don’t stick to a budget, you’re going to end up letting a lot of money slip through the cracks. This isn’t a sustainable lifestyle for those who have a significant amount of debt.

The good news is that keeping track of your expenses has never been easier thanks to the proliferation of budgeting apps.

We all want to think we spend our money in a responsible way. But pretty much everyone falls victim to impulsive spending occasionally. We’re all human. Unfortunately, this is one of the things that’s going to keep you in debt. People who find themselves falling victim to impulsive spending—or decision-making in general—should consider waiting a full day before making any decisions, like whether or not to buy an item. Time can be your friend when it comes to defusing impulsivity.

Not Understanding Their Debt

Some people stay in debt for so long simply because they don’t have a firm grasp on how it works—like how counter-productive it is to keep accruing interest that’ll keep you in debt even longer. But when you have a high-interest debt, such as a credit card balance, it’s going to keep building on itself if you’re only paying the minimum each month.

Personal finance can seem complicated. It’s better to ask questions about what you don’t know now so you can keep learning.

Being Obsessed with Appearances

Many people feel a compulsion to keep up a certain self-image. This often requires spending a lot of money they don’t have in order to give off an appearance to the rest of the world. Whether it’s nice clothes, a fancy car, or a massive house—you don’t really need luxury items in order to be happy. In fact, being obsessed with how others perceive you is a surefire way to be constantly dissatisfied with yourself. Breaking free of this appearance-based obsession can help people get out of debt.

Not Knowing Options for Reducing Debt

Oftentimes, people stay in debt because they don’t realize there are options out there that can help them get out of it faster. Debt consolidation is one option that makes it much easier to pay down debt. There are a few ways consumers can use debt consolidation to their advantage.

Credit card balance transfers are one example. With these, you take your multiple lines of credit and move them all to one new balance that has a low interest rate. It’s important to note, however, that this low-rate period won’t last forever. Balance transfers are ineffective if you don’t pay down the debt during that grace period. Plus, they typically come with a transfer fee of a few percentage points.

Putting Too Much on Credit Cards

Using too much credit means you’re not going to be able to pay down the balance at the end of the month. And when you find yourself in this situation, you’re going to end up paying a lot in revolving credit interest. Credit can be a good thing if you pay down your balance, as many credit cards will offer benefits such as cash back. But going overboard means you’ll be paying the lender a lot of extra money in the long run. Set a low credit limit, and only go over if you know you can pay it back in a timely manner.

Accepting It’ll Always Be There

Debt doesn’t have to be a part of your life forever. There are solutions to it. And many people have found ways to overcome their debts—even when they have a lot of it. Don’t let yourself fall into the habit of thinking you’ll have debt forever. That will become a self-fulfilling prophecy.

It’s difficult to deal with debt. There’s no denying that. However, you can overcome your debt if you start understanding the things that make it so cumbersome. Consider ways to change your habits around debt so it isn’t part of your life forever.