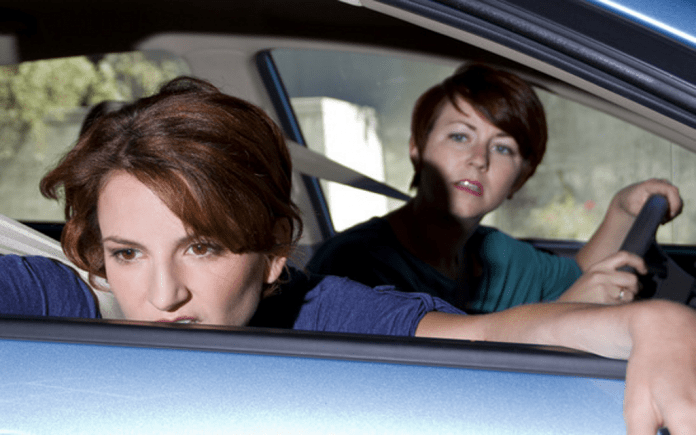 Do you get motion sickness while on a cruise or while trying to read a book in a moving car? Mal de Debarquement syndrome (MdDS) is problem with the perception or sensation of motion. It is like chronic pain only it is chronic motion sickness. Chronic pain often starts as an injury and the pain is signaling that tissue damage is being done. Normally the pain decreases as healing occurs, but sometime the pain remains long after it is useful. In the case of Mal de Debarquement syndrome, the sense of motion sickness stays long after the boat ride or travel that may have initially caused the sensations. Researchers describe it as,

A disorder of chronic self-motion perception that occurs though entrainment to rhythmic background motion, such as from sea voyage, and involves the perception of low-frequency rocking that can last for months or years. The neural basis of this persistent sensory perception abnormality is not well understood.

1Look at the Horizon

It is well known that staring out at the horizon helps with motion sickness on a boat. Some research also indicates that looking at any horizontal surface like the top of a door way or edge of a table or building can also have a steadying effect on the visual and balance mechanisms in the brain. Problems seem to come from a miscommunication between the eyes and the balance function of the ears. Researchers have identified several areas of the brain that are more affected.

2Head Rolling While Looking at a Rotating Object

A novel approach to Mal de Debarquement Syndrome is to move the head from side to side while watching your surroundings. Researchers suggested that symptoms are,

caused by maladaptation of the vestibulo-ocular reflex (VOR) to roll of the head during rotation. We studied 24 subjects with persistent MdDS. Physical findings included body oscillation at 0.2 Hz, oscillating vertical nystagmus when the head was rolled from side-to-side in darkness, and unilateral rotation during the Fukuda stepping test. Subjects were treated by rolling the head from side-to-side while watching a rotating full-field visual stimulus. Seventeen of the 24 subjects had a complete or substantial recovery on average for approximately 1 year. We conclude that the adaptive processes associated with roll-while-rotating are responsible for producing MdDS, and that the symptoms can be reduced or resolved by readapting the VOR.

In the previous research changes in the anterior cingulate cortex (part of the default mode network structures) are associated with Mal de Debarquement syndrome. From the field of Integrative Manual Therapy and the work of Sharon W. Giammatteo comes a set of reflex points that can be used to balance this part of the brain. The Cingulate Gyrus Synchronizer is located on the side of the jaw (on the lateral surface of the angle of mandible, middle of the masseter insertion). The exercise involves placing one hand on the forehead and side of the head and the other hand on the side of the jaw. Hold these two connections for 15-20 minutes. The reflex point (similar to an acupuncture point can also be tapped to stimulate it.)

Another reflex point related to motion sickness is the acupuncture point, Pericardium (or heart protector) six. To find this point, place the first 3 fingers of your right hand across your left wrist, perpendicular to the fingers of the left hand. Then, place your thumb on the point just below your index finger. You should be able to feel two large tendons under your thumb. Reverse this to find the P-6 point on the right arm. Intermittently press this point to help decrease motion sickness and dizziness.


4Put Your Hands On Your Head

Medical doctors sometimes use a repetitive Transcranial (through the skull in other words sending a signal from outside the cranium to inside of the brain) Magnetic Stimulation or rTMS to stimulate a particular part of the brain. So, what are some other ways to stimulate a particular part of the brain, say the dorsolateral prefrontal cortex (DLPFC)? First you have to know where the part of the brain you are working with is. In this case, dorsolateral means back and side and prefrontal cortex means in front of the frontal lobe which is the forehead area. One could contact the left dorsolateral prefrontal cortex by putting one hand on the left side and top of the head to the left and above the left temple or eye. Putting your hand on this area is not the same as a rTMS but your hand imparts warmth and energy and draws your attention and blood flow to the area. People have noted changed by putting their hands over the forehead and side of the head and connecting it with (other hand) to the heart for 15-20 minutes. A recent study noted,

Our study provides evidence that the dizziness, mood and anxiety symptoms of Mal de Debarquement Syndrome can be improved with high frequency (10 Hz) stimulation over the left dorsolateral prefrontal cortex (DLPFC) beyond the treatment period in selected individuals. rTMS may be a useful adjunctive treatment for the management of chronic rocking dizziness in individuals with Mal de Debarquement Syndrome but treatment durations longer than 5 days or maintenance treatment are likely needed for sustained symptom suppression.

5Do What Makes You Happy

Mal de Debarquement syndrome also brings up the question of whether there is a protective value of motion sickness and whether long term symptoms come from a miscommunication in the need for protection, like chronic pain. There is a theory that motion sickness is an attempt to prevents food poisoning. There are several homeopathic and nutritional products that may be helpful in dizziness and nausea. Arcenicum Album or the homeopathic product from arsenic is commonly taken for food poisoning symptoms. Nux Vomica is another homeopathic remedy considered in cases of nausea. Some practitioners recommend two nutritional supplements cranberry complex and tribulus for food poisoning symptoms.

An interesting, though as yet unproven, theory as to why sensory conflict—particularly when it involves the workings of the inner ear—causes sickness is that the vestibular system is very sensitive to small changes in the body environment. This extreme sensitivity might provide an early warning system for poisoning. According to this hypothesis, when the vestibular system starts to disagree with the other sources of orientation information, nausea and vomiting follow, thereby removing the cause of disturbance

So, do things that make you happy and healthy, while looking out at the horizon or a rotating scene while focusing on the movement you feel in your body could be helpful.

How to Get Rid of Candida on a Vegan Diet