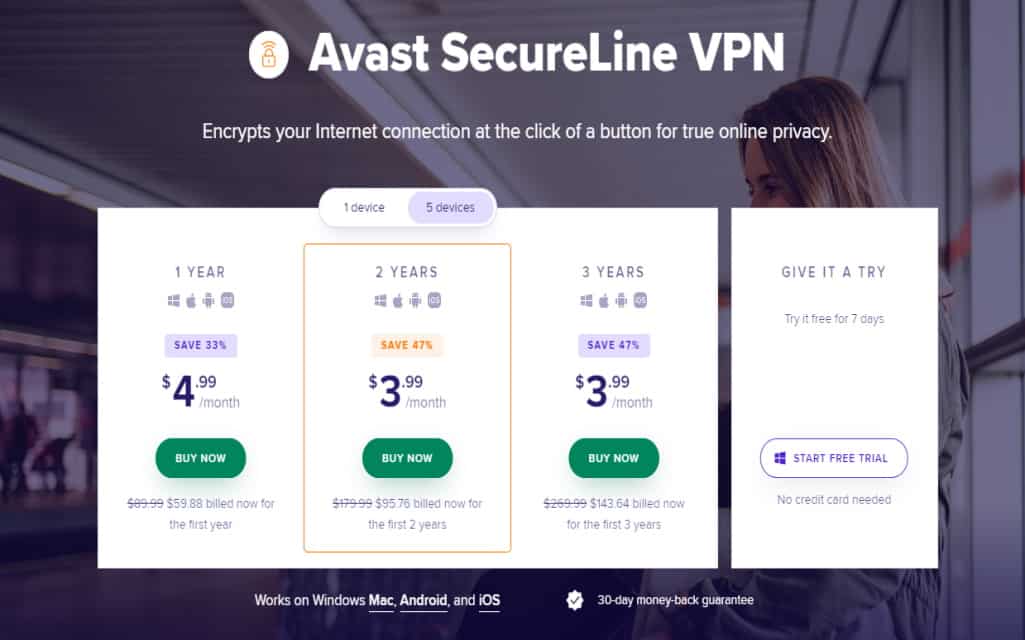 Today, privacy in the digital sphere has become rare. The number of people that prefer using VPN for surfing the internet has increased significantly. However, some VPNs do not provide you with the right kind of privacy, and you might still be vulnerable to risks.

Avast SecureLine is one of the most reliable Virtual Private Networks that has been introduced. Below, we provide you with an  Avast VPN review and the top 5 reasons that make SecurLine one of the best networks to use.

The biggest advantage of this SecureLine is that it has been developed and is managed by Avast. Avast is a credible company with over 435 million monthly active users of its various products. Moreover, they have the second largest market share of cybersecurity-related products.

This lends credibility to the VPN developed by them. Their data will remain encrypted and the users can surf the internet freely. The risk of a data breach is minimal.

Another important factor that is worth knowing is that Avast SecureLine uses AES (256-bit) encryption. Developed in 2000, this method of encryption is found to be more efficient mathematically and has a better algorithm.

Another important aspect of this encryption is that it is implemented at the software as well as the hardware level. It is also the longest key algorithm, which makes it more hack-proof than other algorithms.

Protection Across Your Devices

VPN users always come across a problem while maintaining a secure connection across their devices. Many service providers do not give this option. Thus, they have to buy several subscriptions, leading to increased expenses.

SecureLine stands out in this regard. This service allows its users to access and use their service for up to 5 devices. Thus, the users will not have to buy separate subscriptions for their phones or laptops. They will also not have to logout from one device to log in to the other.

A large number of Geographical Locations

Avast has strategically placed its servers in over 50 locations. These are located in 33 countries. Thus, the users will have the ability to access a vast amount of geographically restricted content across six continents. They have shown the intent to increase this number.

It also takes up only a minimal amount of space in your device. Users are also provided a free the cost 7-day trial. This helps them determine whether the VPN suits their needs.

Avast’s SecureLine is one of the best VPNs on the market. The benefits discussed above are an example of the perks that you will get by subscribing to it. It also has some drawbacks. However, the benefits outshine them.

Why you should use image enhancers?

Animation is King and Here is Why