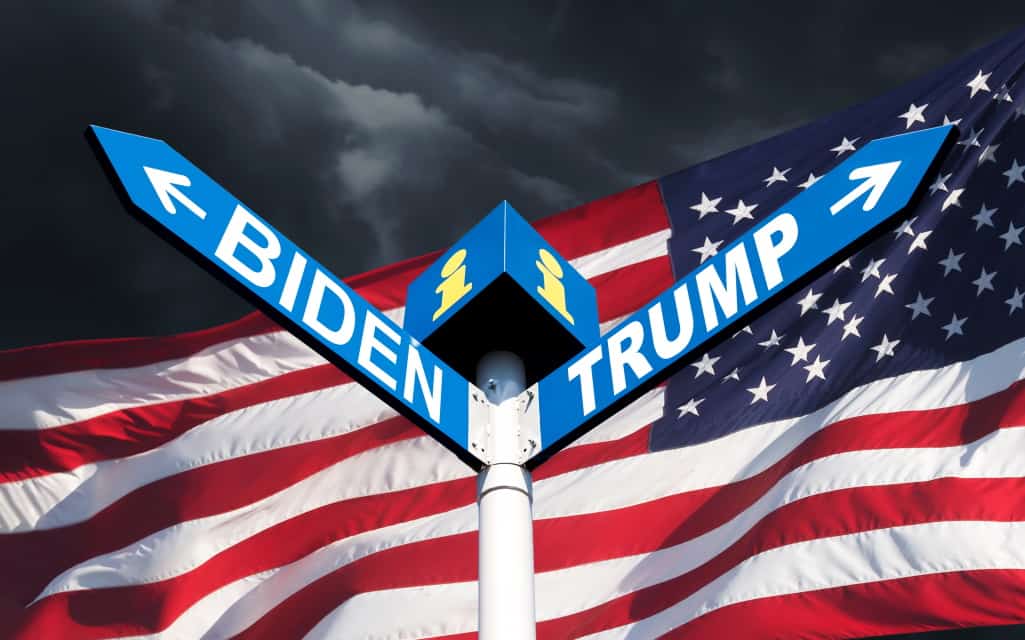 The US election is now barely one week away, with Democratic candidate Joe Biden continuing to hold a 10 point lead in the national polls.

While Trump’s fans are seeking solace in the fact that their incumbent overcame a heavy deficit against Hillary Clinton in 2016, it’s fair to say that the former US Apprentice star had rapidly closed this gap by this time four years ago.

All outcomes remain viable in the US election, however, particularly as the polls in so-called ‘swing states’ such as Florida remain far closer. But what are the potential financial and economic impacts of a Trump or Biden Presidency?

How Will the Markets Fare During the US Election?

The world’s financial markets have always reacted strongly to US elections, although this correlation is not always a positive one.

For example, the blue-chip S&P 500 index rallied by a staggering 175% through Barack Obama’s presidency, with Trump’s tenureship showcasing a noticeable deficit in comparison.

Historically, we know that equities tend to see faltering demand in the build-up to an election, with investors often looking to seek out safe-haven assets amid the ongoing uncertainty.

The wisdom of this decision is also borne out by the fact that while stocks advance as much as 80% of the time in the build-up to national elections in the States, we typically see this trend reverse and the market decline immediately after a new President has been elected.

However, what’s interesting is that the US Dollar (along with gold, the Japanese Yen and the Swiss Franc) is considered to be a safe-haven asset during times of volatility and tumult, and in this respect, the greenback may be set for a sustained boom as Q4 draws to a close.

This trend appears to be being borne out by the work of the research teams at the broker Tickmill, which found that the influential Dollar Index is once again testing the 93.81 level after a sharp decline during quarter three.

Should the price break above this threshold, this could pave the way for a fuller bullish reversal over the course of the coming weeks.

What About the Policies and Promises of Both Candidates?

Despite the stock performing much worse under Trump than it did under Obama, a second-term for the controversial Republican would actually prove marginally more positive for US equities than a Biden premiership.

This is thanks in part to Trump’s protectionist policies and previous tax reforms, while equities in traditional sectors such as energy and manufacturing would drive this trend in the near-term.

Conversely, Biden’s proposed tax hikes (ostensibly for the rich) would weigh heavily on the stock market, while his party’s sustained support for energy reform and the so-called “Green New Deal” would also impact on fossil fuel energy stocks and commodities such as oil.

Interestingly, a Trump re-election would also trigger a short-term bounce for the greenback, thanks to concerns of renewed trade conflict and a rush to invest in the USD. This sustained growth would likely last for a shorter period of time if Biden is elected, particularly if the Democrats are also able to gain control of both the House and the Senate in Congress.

Why Do You Need A Gold IRA?

5 Loan Requirements You Must Be Prepared For

Tips On Getting Approved For Mortgage

4 Contributing Factors That Help Determine Whether a Tax Case Is...