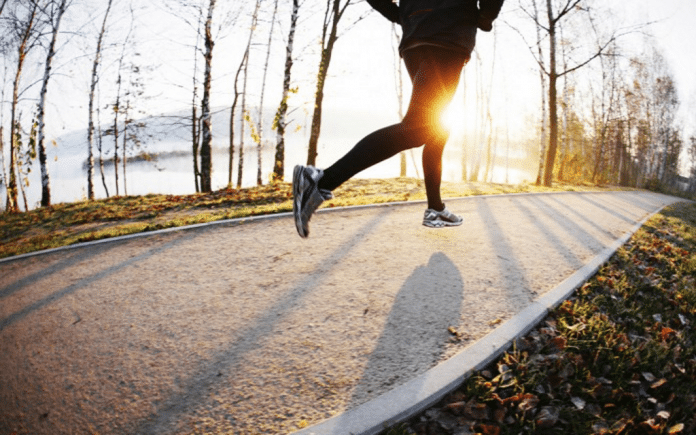 The bad news is that the average person gains one to two pounds a year once their metabolism begins to slow, usually in the thirties. The good news is that you can prevent this by consuming just 100 fewer calories a day!

Unfortunately, if you’ve already gained the weight, you’ll have to slash 500 calories a day to start dropping those pounds back off. While this can seem initially daunting, there are small steps that you can take to make it easier. You won’t see dramatic results from this, but these small tweaks will make changes over time.

Need a few more tips to help you drop the weight? Read on to find out our ten best ways to drop extra weight.


1Appetizers instead of an entrée

Did you know that the average hamburger is now a whopping 23% larger than it was in 1977? That means that if you ate the exact same diet as you did then, you would still gain weight because of our supersized food.

To get around this when you’re out at dinner (and to avoid wasting food), try ordering two appetizers instead. Try a small pasta dish and salad, or a soup and protein. While it’s less food overall, you’ll be less likely to notice since you will have the two small courses. Ask the server to bring the first appetizer out with your dining companion’s appetizer and the second as the entrée to break up the meal.

2Go for the Halloween special if you need a treat

Denying yourself all joy when trying to lose weight is a recipe for disaster. This is a lifestyle change, not a punishment. If you want a sweet or salty treat, consider enjoying a mini treat (a la Halloween size) instead of buying a full box of cookies or bag of chips. While you may tell yourself that you won’t eat more than a tiny serving, it’s much harder to stop when you have a full bag in your hands. Psychologically, you will also see opening a new package (even if its mini) as going beyond the limits you’ve set for yourself. That’s a lot harder to do when you’re just sticking your hand in a box of cookies.

3Start your meal with a salad

Studies have shown that people who start their meal with a fresh, healthy salad eat less overall than their counterparts who skip the greens. Not only will starting your main meal with a salad help you get part of your daily dose of veggies and greens, it will also cut your calorie consumption at your meal. This is in part since you’ve already partially filled your stomach, but research has shown that this calorie cutting continues throughout the day. In fact, people who start their meals with a salad were found to consume 10% fewer calories over the course of the whole day.

4Stick a fork in it

Speaking of salads, if you enjoy some salad dressing with your greens (as many of us do), consider getting it on the side. While tasty, salad dressing is often high in fat and salt or sugar. In fact, just one tablespoon of ranch dressing has 73 calories, and you can be assured that only using a tablespoon is quite hard without measuring.

Dipping your veggies in your salad dressing instead of dumping its contents over your plate can save you hundreds of calories a day.

When cutting calories, most people try to think of ways to eat smaller meals, but one caloric source that is often overlooked is sweetened, caffeinated drinks. The proliferation of Starbucks and similar cafes means that most people drink at least one latte or Frappuccino a week from coffee shops. If this was black coffee or tea with milk, no problem, unfortunately, most of these sugary drinks contain enough calories to make up en entire meal. In fact, one 16oz caramel Frappuccino from Starbucks has 270 calories, more than most candy bars.


6Walk while you talk

With the vast majority of us taking almost all our calls on cell phones, we now have the perfect opportunity to get in a little exercise without even thinking about it. Many people have a tendency to pace while on their phone, but now you can take advantage of it. Instead of mindlessly meandering, as soon as your phone rings pick it up and start moving. If you did this for 10 minutes every workday at a moderate 5km/hour pace, you’d burn about 1,000 calories a month and lose 3 pounds a year!

While often feared for their high fat, high-calorie numbers, snacking of healthy raw nuts has shown to help in weight loss. Raw almonds, peanuts or walnuts all are rich in healthy fat, high in protein and help keep you feeling fuller for longer. A handful of these tasty little nuts have been shown to help dieters keep their weight off longer over groups that don’t indulge in nuts.

Of course, don’t go overboard. Nuts are calorie dense and deeply nutritious, so you only need a few.

Most of us work at desks for 40 odd hours a week. This fact is now being shown by multiple health sources to be downright deadly. While many of us cannot get around going to work, we may be able to tweak how long we’re actually sitting. Speak with your HR representative to see what can be done about getting a standing desk.

Not a possibility? Stack your computer on some books and stand up for a couple hours a day at minimum. You will burn on average 30 calories more per hour standing than sitting and standing an extra two hours a day could help you drop up to 6 pounds per year!

Regular and consistent sleep can do wonders for those trying to maintain their weight or drop weight. Insufficient sleep has been shown to increase production of the stress hormone cortisol. Cortisol regulates the appetite and higher levels have been shown to worsen episodes of binge eating and general feelings of hunger.

To make matters worse, too little sleep can also hamper your body’s ability to properly burn carbohydrates, which translates to more fat.

10Double up on the protein

High protein diets coupled with controlled carb intake can help people lose fat without losing muscle, according to a study in The Journal of Nutrition. The amino acid leucine, which can be found in beef, dairy, poultry, fish, and eggs may help preserve muscle tissue while carb cutting will help you cut the fat.

While leucine is the most beneficial, doubling on any healthy protein can do wonders for your diet and your waistline. Protein helps keep you feeling fuller longer, which helps you cut down on consumption of empty calories and stops your blood sugar from varying wildly, which can cause cravings.

6 ways to take care of your physical fitness during the...