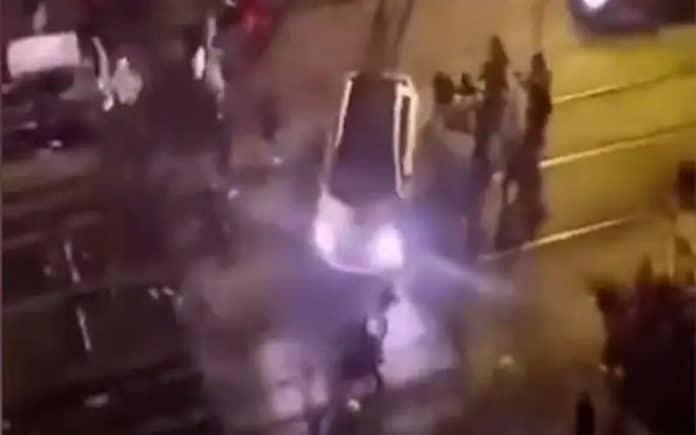 As fans in Montpellier, France celebrated the World Cup semi-finals victory, a car tragically ​plowed into and killed an innocent child. Local regional authorities described it as a “violently” impact that caused much sorrow for all involved.

In an unexpected turn of events, the driver responsible for hitting a young boy in Herault escaped from the scene; however, their car was located nearby. The police are currently investigating what caused this tragedy and why it occurred.

In a shocking display of recklessness, a video clip posted to Twitter showed a car driving dangerously close to pedestrians in the street on Wednesday night following France’s win against Morocco.

Tragically, the boy – whose identity has not been revealed to the public – was taken to hospital and succumbed to his injuries. According to French media reports, he was only fourteen years old.

Across France, ecstatic supporters in Paris and other cities erupted with joy as their team progressed to the World Cup final.

Two English fans dressed as the “Crusade”  in the World Cup...