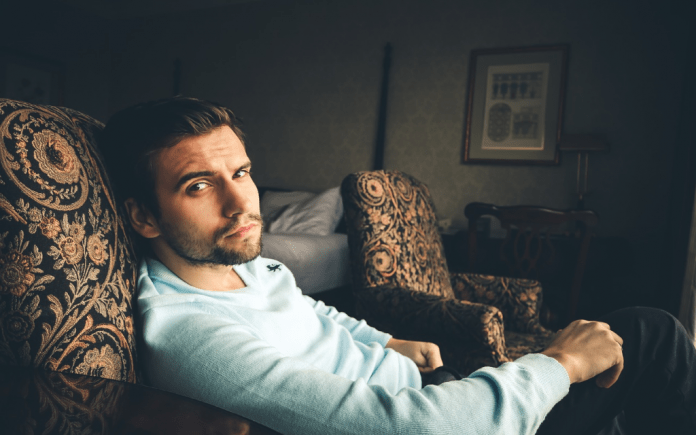 Many people think that „Nice Guy“ strategy helps them get dates. Yes, it’s partly a truth, but you must be nice in a different way. Nice Guys are perceived negatively for couple reasons. They’re fake and dishonest and people (not only women) don’t like such people. Ask yourself if you would date a dishonest person. Probably not and that’s why Nice Guys aren’t successful with women. The problem is not in the women but in these guys. If most women don’t find you attractive, the problem might be within you and you should start changing your behavior.


1Nice Guys are passive and timid

They don’t take an action to move things forward. They don’t make a move because they’re being afraid of rejection or judgment. If you can’t ask a woman out, tell her that you fancy her or even kiss her, then you’re screwed up. Don’t wait for other people to make a move, they’re also full of fears and insecurities like you.

Do you orbit around a girl with a hope that one day she falls in love with you? Do you behave as a friend while dreaming about an intimate relationship with her? Or do you agree with her just to get into her pants? That’s a dishonest behavior and you should stop doing it. Instead, be open about your feelings to women. Yes, some of them might see you as a player or asshole, but you know what? You’ll stop wasting your precious time and faster find a woman who is compatible with you.

Being nice is a minimum, you should be nice to everyone and it doesn’t entitle you to people. If you’re nice just because you want to have a sex with women, then you’re actually a terrible unattractive person. You shouldn’t buy her gifts, spend time with her or being a platonic friend if you require an intimate relationship for it. Nothing entitles you to date women.

Nice Guys tend to agree with everything she says just to avoid a conflict. Even if they actually disagree with her. They put the girl on a pedestal and forget that they’re equal human beings. Neither of you is a god or anything. You shouldn’t agree with everything she says for two reasons. First, you’re being honest with her which is a very attractive trait. Second, you’re creating a conflict that spices up your relationship and helps you learn about the other person. Agreeing with everything is boring, meeting the same people like you is boring, therefore Nice Guys are boring. In relationships, it’s important to learn from other people.

Caring too much might be a great trait in movies or fairy tales, but in reality, it’s a bad behavior. Nice Guys tend to excessively care about a girl, don’t give her space or let her make decisions. It might develop to controlling a girl because having male friends is „wrong“ or partying is only for „bad girls“. Worse if Nice Guys care too much about a girl that doesn’t reciprocate interest, it shows immaturity.

Yes, they might look very nice and kind, but if a woman rejects them or hurts their ego, they start offending and humiliating her or saying that she’s a slut. It’s not nice if you’re nice only when people do things in your favor. Actually, Nice Guys can’t take NO and even blame women for it. On the other hand, real nice guys know that a woman makes her own decisions and they respect them.

Being desperate isn’t an attractive trait and if you spend too much time with a woman that doesn’t reciprocate an interest, then you’re wasting your precious time and showing that you don’t have any self-respect or option. If you’re orbiting around her just because you think she sometimes makes up her mind, then you’re dishonest and desperate.

Thinking that every woman is the same and they just don’t see all these „positive“ qualities in you, is not nice. Think about it, if all women don’t find you attractive, isn’t it because of you? How can be so many people wrong? Assuming that all women are gold diggers, sluts or bad isn’t a positive mindset. Start with yourself.

Be genuinely kind and compassionate

If you’re genuinely kind and compassionate to women (preferably all people), then you’ll wonder how many good people, who like you, you’ll attract. You don’t have to be a jerk to be yourself. Actually, if you treat women and men with respect and dignity, you’ll have much healthier relationships.