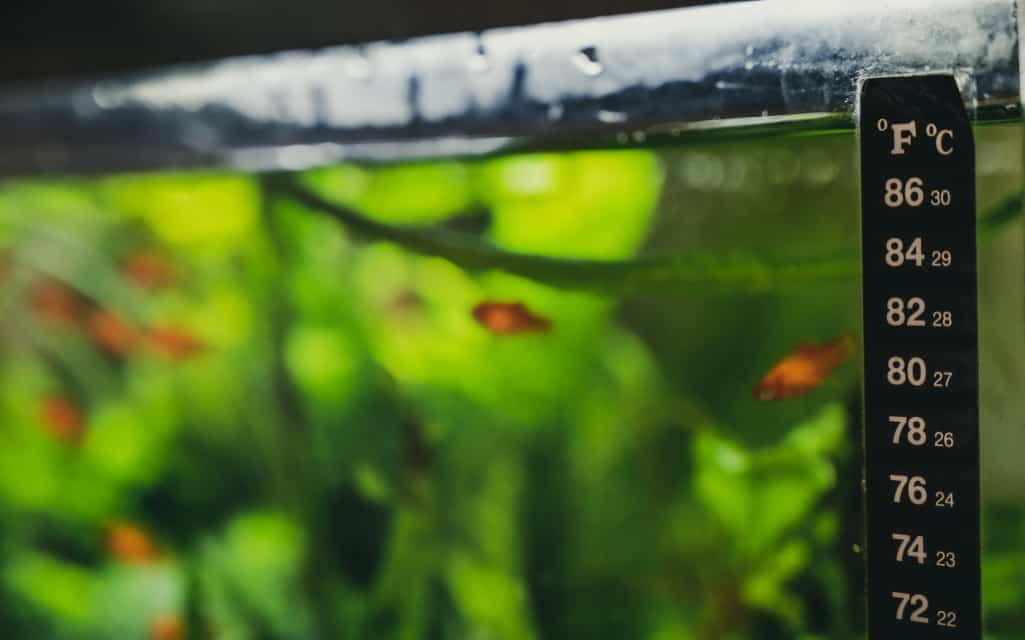 One might think that fish in the pond or the open seas stay cool because, well, they’re in the water. If that were the case, then warming waters shouldn’t pose a risk to the world’s marine life.

That wasn’t the case when American, Canadian, and Dutch researchers studied 286 species of fish last year. They found out that fish in warmer waters would need more oxygen than their gills could provide. Molecules in warm water tend to move more, meaning they can’t trap as much oxygen as cold water.

Similarly, colder waters pose as much of a threat to fish, especially if it’s not their original habitat. Cold shock, researchers describe, can result in a series of unwanted reactions—and in some cases, death. And if today’s climate crisis has taught us anything, it’s that warmer waters will make future winters and blizzards worse

The situation fish face in the open seas has everything to do with the fish in your aquarium. Water not kept at the right temperature will harm fish in many ways, even outright kill them. Unlike most animals (and humans), fish share an inability to regulate their body temperature. Scientists call this trait ‘poikilothermia.’

Inability to Stay Cool or Warm

While poikilothermia syndrome is a rare but real disorder among humans, it’s not a disease among cold-blooded animals like fish. They’ve always had this trait, going back to their predecessors eons ago. It’s the only way fish can save their energy and stay warm underwater throughout their lives.

Larger species such as whales can afford to live in the chilly depths because they have massive fat reserves (as in blubber). The environment will sap them of precious heat, but their fat reserves will ensure enough heat for them to survive. They have to eat more to keep them supplied, though.

Aquarium fish, however, are nowhere near the size of whales and have little fat in them. Keeping them alive in a tank requires artificially manipulating the water temperature, doable with the best aquarium heater in the market. These devices keep the water temperature at a comfy 78oF (26oC), automatically switching off when the water gets this warm.

Conversely, chillers keep the water from getting too hot, especially in the summer months. They’re typically used alongside heaters to maintain the right balance of heat and cold. Since they gradually change the temperature, these devices won’t shock the fish.

As we’ve already established, a fish’s life depends on how warm or cold the water is. Any changes in the environment—particularly the temperature—influences its metabolism or how an organism expends its energy. And as you’re about to learn, fish metabolism is why changing the temperature in an aquarium doesn’t happen in an instant.

Between 2004 and 2006, many fish along the Shenandoah River were found dead in the water. A report by the West Virginia Department of Environmental Protection suggested a cascade of causes that included a rapid change in the river’s temperature. Authorities had recorded changes between 59 and 68oF (15 and 20oC) within days of each other.

The stress induced by these fluctuations also renders fish more vulnerable to disease. The fish that died during the Shenandoah River fish kill all had lesions, attributed to a bacterial infection.

Temperate Fish are Most Ideal

Owing to the delicate issue known as water temperature, most aquarium owners elect to take care of temperate fish. They’re adaptable to temperatures between 57.2 and 80.6oF (14 and 27oC), but their ideal environment still depends on the species.

Fish that come from large expanses of water like seas and oceans can’t take temperature swings as much as from small ones. Saltwater fish, in this case, are exposed to more changes in stimuli due to the amount of care that goes into them (i.e., maintaining salinity).

For the humble fish, the slightest uptick or downtick of the thermometer can literally mean life and death. Seasons are about to get more intense due to climate change; all the more reason to maintain an ambient temperature for your pet fish. They won’t get the ability to adapt to various extremes as humans do—at least not for the next thousand years.

A Look Into the Future: What Will the Terpenes Industry Look Like in 10 Years?

How to Keep Your Workforce Engaged

6 Tips To Consider When Hiring A Commercial Builder

5 Key Reasons You Should Consider Applying For the Leadership and...