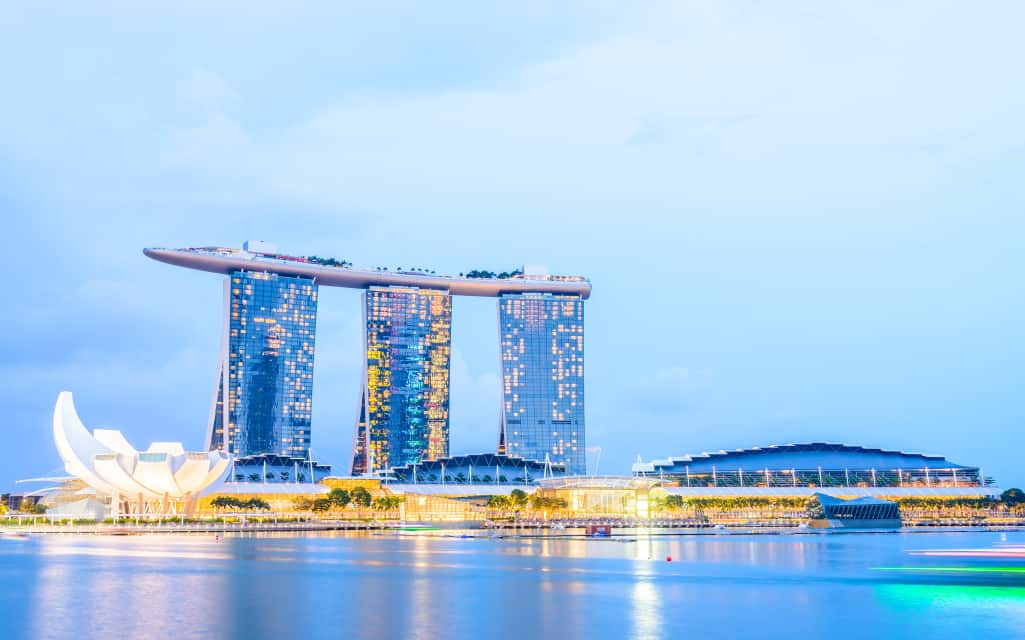 Singapore is a small nation with no natural resources. In 1965, Singapore was kicked out of Malaysia due to racial and political conflicts and it is the only country to gain independence reluctantly. Fearing for the future of the country, Lee Kuan Yew, one of Singapore’s founding fathers, was tearful at the press conference when announcing Singapore’s independence.

Singapore has no natural resources, including water, the most essential ingredient of life. The tiny city has to depend on Malaysia for water and they have a long-standing agreement to provide water to Singapore. Over the years, Malaysia has used this as a political weapon against Singapore, threatening to stop or reduce its supply if we do not increase the price we buy for the water.

Having the foresight that this might be a problem in future, Singapore has been building reservoirs and water treatment facilities to collect and treat rainwater, used water and sea water. With a portfolio of 4 diversified and sustainable water sources, namely, water from local catchment areas, imported water, Newater, and desalinated water, Singapore has taken steps to overcome its lack of natural water resources to meet the needs of a growing nation.

Even before Singapore’s independence, housing was one of the most pressing problems the government had to deal with. Village homes and squatters were built without proper planning, structure and governance. Because of this, the streets were dirty and diseases were rampant. In 1960, the Housing & Development Board (HDB) was set up to address this problem. Kampung (village) residents were resettled into public housing flats. The public housing scheme was built at low cost to ensure that the poor have a place to live.

Singapore’s housing transition was a success but it faced some criticisms and mockery from locals and foreigners alike – due to its design, living in a flat is akin to birds living in a pigeon hole. People who were involved in the resettlement campaign had initial problems adjusting to high-rise living due to the height and new living arrangements. However, home ownership has been at a steady rate of around 90% in Singapore – about 80% of that is in HDB’s public housing scheme.

With no natural resources, a population of less than 1.9 million people – 10% of whom were unemployed, and social and political instabilities, Singapore’s nominal GDP per capita was around US$500 in 1965. Economically, Singapore was at the same level as Mexico and South Africa.

To build the nation, the government focused on promoting Singapore’s manufacturing, service, and oil refining sectors. This helped combat the unemployment crisis and attracted foreign investments to set up bases in the country. By the mid 70s, Singapore became the third-largest oil-refining centre in the world. Today, Singapore is ranked the number one financial centre in Asia and third in the world, with an estimated GDP of $424 billion.

Singapore, a tiny nation located on the equator in Southeast Asia, has managed to beat the odds in at least three instances since its independence in 1965. Always learning from its past, Singapore has already initiated powerful economic, political, and social moves that transition them into the future.

To sustain its economy, Singapore has been attracting foreign talent to fill up the gaps in its workforce, either due to lack of manpower or expertise. However, to combat the growing local resentment towards the rise of foreign talent, the government is now more stringent in the type of people they are accepting into its workforce. Certain sectors like ICT, manufacturing and engineering, and financial services are the focus where talent is needed.

Foreigners can take advantage of Singapore’s economic strength and expansion by working in Singapore. All foreigners need to have a valid Work Pass to be able to do this. There are different types of Work Passes, depending on the job offer and its respective eligibility. To enquire more about Singapore Work Pass, contact Immigration@SG.

What odds will Singapore beat in future?

A “hair pull” ends with the ejections of 8 players. An incident during a basketball match sparks a violent fight (video)

A dog caught in a suitcase at Madison Airport