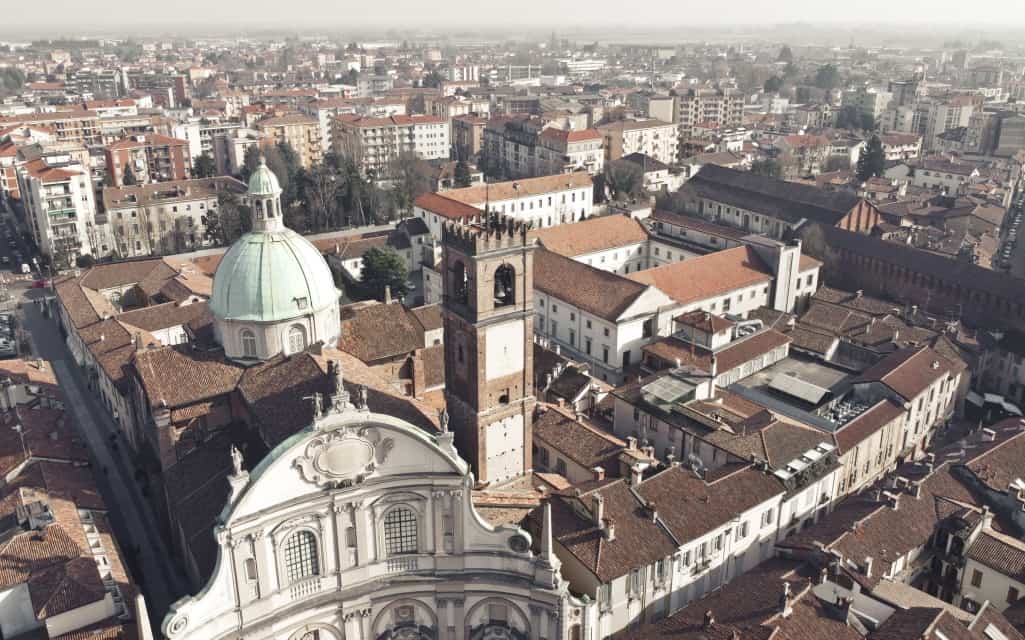 Forget about towering skyscrapers. Europe is all about heritage and culture. Though the continent is one of the richest in the economy and has become progressive over time, it didn’t fully embrace the idea of developing its cities into the likes of New York, Beijing, or Tokyo. Interestingly, Europe has zoned out its lands appropriately and didn’t require the bigger floor space that towering buildings provide. Even after the devastation of the war, most cities opted to rebuild their areas as they should be. Thus, Europe retained its old-world charm and sophistication.

Even if Europe is the second smallest continent in the world, it is the global leader in international tourism attracting 700 million tourists annually. The two most visited cities in Europe are London and Paris. But there are many other beautiful places to visit that will immerse you in culture and wonder that can make your jaw drop. Here are some of them:

You have probably seen many movies showing the majestic Colosseum, but nothing could prepare you for its might in reality. The massive structure will take you back to ancient times when gladiators fought in this arena, watched by about 50,000 spectators.

The Colosseum is Rome’s most popular tourist attraction and receives millions of visitors every year. Despite that, the facility maintained its aesthetic as it has become Rome’s symbol and was even named one of the world’s seven wonders. If you want to visit this splendid sight, check out Rome Tours.

Florence is not named the cradle of the renaissance for nothing. Walking the charming old streets of Florence will take you back to the old days, and you might probably imagine Michelangelo working on his David. Michelangelo’s ability to turn stone into flesh cemented his fame in this artistic endeavor, and his masterpieces are all over Florence. You can follow in his footsteps and see all his outstanding work with a guided tour you can book at Sightseeing Tours Italy.

The tour begins at Casa Buonarroti, where one can see two of his great works, the Battle of the Centaurs and the Madonna Della Scala, and ends at Opera Del Duomo, where you’ll witness his most remarkable work, the dramatic Pieta. The emotional sculpture of the lifeless Christ cradled by his mother and Mary Magdalene looks unfinished to many, as in most of Michelangelo’s artworks. Michelangelo’s sculptures are called non-finito or incomplete by many. Still, theory revolves around the idea that he need not finish it perfectly because the concept is more important than the finished result.

If your idea of travel includes pampering, this picturesque lagoon boasts of water warmed by an underground volcanic lava field and is said to have therapeutic benefits that could heal many skin problems.

The azure water is rich in silica and sulfur, and news of its wonder reached many people that visitors continue to flock to this stunning place. The popularity of the blue lagoon has made it a go-to destination for many that you can’t go there without a reservation, and booking in advance is the only way you can secure a spot.

The northern lights inspired many movies and literature, and to see them in person will indeed be magical. The city of Tromsø is Norway’s gateway to the arctic and is the best place to witness the aurora borealis.

It is a natural phenomenon that can be best witnessed from September to April. While on the last week of January and the first week of February, they celebrate this majestic sight with a Northern lights’ festival. It’s an event that celebrates Nordic music and dance and where you can also enjoy delicious Nordic dishes while huddled in a campfire waiting for the aurora borealis to appear in the sky.

The romantic island of Santorini became a popular wedding destination for many couples. The stunning ocean view with the majestic volcano in the background and the rustic whitewashed houses with blue domes have made Santorini a perfect fairytale destination.

But the beauty of the place might only be secondary to the gastronomic feast that many travelers look forward to experiencing. Because honestly, Greek cuisine is one of the best in the world. It’s no wonder that the first cookbook was made by a Greek, Archestratos, in 330 BC. And to savor this food and wine while looking out into the sunset will make the trip even more unforgettable.

A travel experience that will leave you in awe is something that should be on your bucket list. Today, as the world gets too attached to technology, people forget where the world came from and fail to see its incredible beauty in real life because they can already see it on their screens. Europe will open up your eyes to the world as it used to be. Travelling to the cities and streets of Europe will make you appreciate the wonders of the world long before the intellectual prowess of Da Vinci, Newton, and Ada Lovelace brought all modern technology to what they are now.

Top 7 Dive Sites In The World You Need To Explore