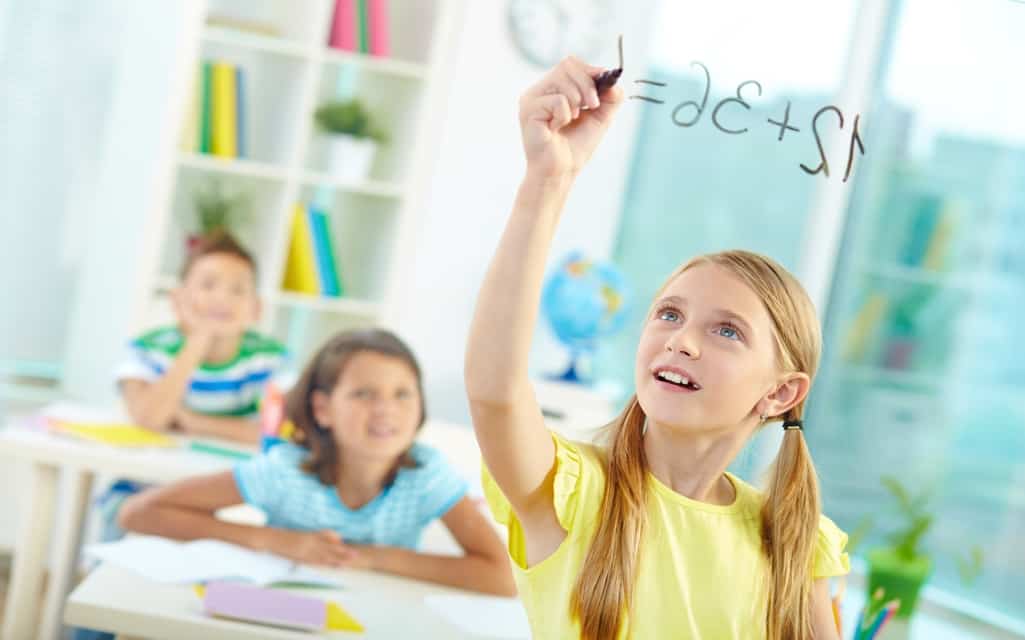 Of all the subjects that are taught in school, Math is one which most kids hate. Math becomes the boogeyman chasing them in their nightmares and thus they end up hating the subject to its core.

Even though most kids hate Math, it is one of the most important subjects and having some strong grasp on it is really crucial.

Hatred for Math arises for various reasons. Children may not understand the base concepts which makes it difficult to understand the lessons and solve the problems in class. When it comes to Math, a lot depends on how children are taught the subject. Some teachers fail to elevate the interest of the children and end up painting the subject in pretty dull shades. Under such circumstance, children avoid the subject altogether and end up performing poorly in it.

But being a parent you can not let that happen, can you? Since its one of the very important subjects, letting your child falter in this is not an option. So what to do?

For starters, you can begin by raising the interest of the child in this subject, getting them excited about it, and here are 5 tops ways to do it!

There are multiple mathematical board games available for children of all age group. It is important to make the child see Math as a game and not a tough job.

Get your child to watch a lot of mathematical shows, play math-related games using logic in the family and such. In a study conducted in 2009, it showed that preschoolers playing chutes and ladders showed improved mathematical abilities as compared to children who played non-mathematical games.

Children often like learning new things. But they are more interested if they can apply their newly gained knowledge in real life situations.

This intrigues them, and they end up asking questions which makes their base stong. Thus it is important to teach Math to children using real-life situations. Create lifelike situations so that they can apply their knowledge and test if they have grasped the concepts well.

Get Children To Read Book Which Has Mathematical Concepts:

Books are one of the best ways to instill knowledge in your child. The same concept applies to Math as well. In that light, get your children to read books which have a mathematical theme.

Such books grab the attention of the children almost immediately and help them understand the concept. You can get your child a book where the protagonist uses mathematical logic to solve mysteries and puzzles.  Books like  One Hundred Angry Ants, How Many Bugs in a Box and Socrates and the Three Little Pigs, can be used to instill mathematical knowledge in kids.

Initially, children may refuse to read such books, but once they find it interesting they stick to them.

Get A Good Tutor:

It is important for parents to have a strong knowledge of Math in order to instill interest in the subject in their kids. However, many parents do not like math themselves. Thus no matter how hard they try, they cannot come up with interesting ideas to make the subject appealing.

Under such circumstance, the best thing to do is to go for professional help. A good tutor can be appointed to lay strengthen the mathematical foundation of the child. The tutor can come up with more interesting concepts and means to grab the child’s attention. For eg, if he hates Algebra, get a nice Algebra tutoring service to get his core strong.

Since these elementary years are of importance, it is important to get the best possible during this time.

Positive reinforcements are valuable tools which parents can use them to teach maths to their children. Such rewards go a long way to boost the confidence of the child, and perhaps encourage him/her to take up even more complicated problems.

For starters, an encouraging smile or hug can be used to show the child that he/she is on the right track. Additionally, tangible rewards like a bar of chocolate, stickers, pencils can be used to reward the child on completion of a mathematical problem successfully.

The importance of math cannot be understated. It is one subject that your child will require throughout life. In that light, it is important to make the base as strong as possible.