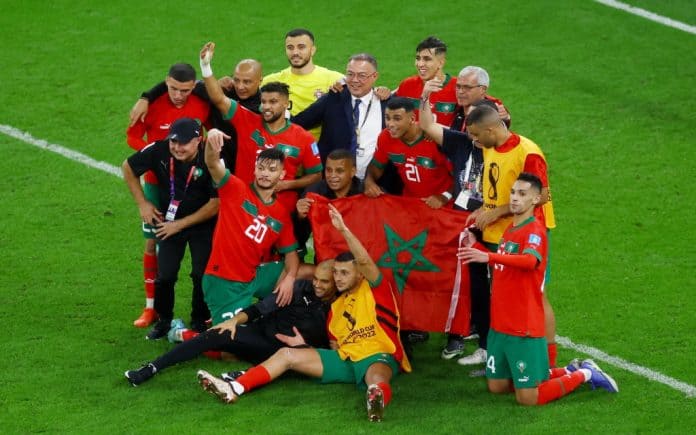 A teacher living in the United States became a millionaire after guessing correctly who would win between Morocco and Spain during the 2022 Qatar World Cup’s round of 16. This incredible feat earned them an immense cash prize!

According to the sports bible, a teacher earned an astounding $1.6 million AUS (equivalent of one million US dollars) when his prediction that Morocco would make it into the quarter-finals of Qatar 2022 World Cup came true last Tuesday after they won in a penalty shootout against Spain! This remarkable feat by Moroccan national team secured them their spot in the final eight and landed this teacher with a huge cash prize.

A $1 MILLION WINNER THANKS TO MOROCCO 🤑

A lucky twenty-something volleyball teacher from New York City won a million dollars after placing an impressive bet of 133,000 Australian Dollars (roughly 90,000 US Dollars) on the Moroccan national team’s superiority over Spain. Miraculously, his prediction proved accurate and he cashed in big time!

In an audio statement reported on the site, the winner expressed his surprise at winning, “I don’t actually know a single player in the Moroccan national team… I’m not going to fib and say that I knew what I was doing. Ultimately it ended up being a lucky bet – just your average Joe!”

It is noteworthy that the Moroccan national team is the first Arab team to reach the semi-finals in the FIFA World Cup, where it will meet its France counterpart, one of the candidates for the world title, on Wednesday .