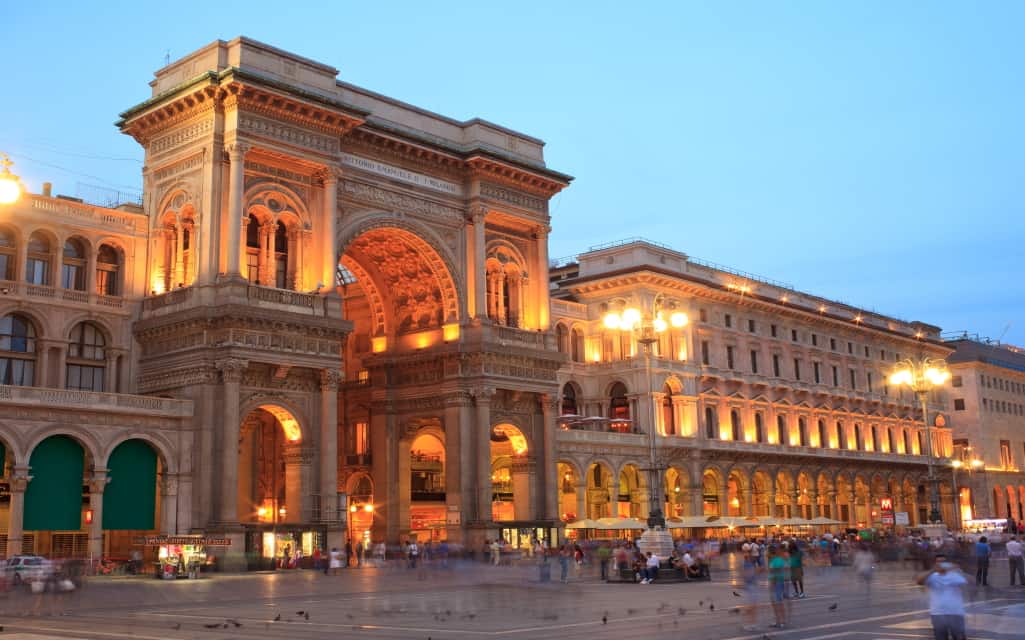 Do you dream about going to Italy? If yes, you’ll probably head for Rome. You’re right- this is a fantastic ancient city. But besides its capital, Italy offers other beautiful places worth seeing. One of them is Milan- the second-most populous city in Italy after Rome, serving as a centre of art, fashion, design and entertainment. Its beauty and magnificent monuments blow foreign tourists away, encouraging them to explore its mysteries. But for people who have never been there, here is an ultimate Milan travel guide which should help you find yourself in this large city.

The main problem which tourists usually face going to Milan is the way of getting there. Your plane may land either at Malpensa airport, located around 50 kilometres from the city centre or Linate airport, located within 20 minutes of the centre. The first option may initially scare you, but there are many ways how to get out of the airport. You can do that, taking a train, bus or if you have a lot of luggage and screaming and running kids around you, you can even hire a comfortable car. But then it’s worth remembering that parking spots in Milan for non-residents are limited and expensive. And they are divided into 5 zones, with zone 0 perceived as the best one since it’s the closest to the centre, but at the same time the most expensive.

If you prefer public transportation, there are available the underground, trams and buses as well, managed by the Azienda Trasporti Milanesi (ATM).

When you already get to Milan and check in the hotel, it’s high time for sightseeing. The most recognizable attraction of Milan, which is a must-have for every visitor is Piazza del Duomo with the characteristic cathedral and other historic buildings, known for its artistic, cultural, and social importance. Nowadays, it has also become a place of many commercial events.

Another stunning monument in Milan is Castello Sforzescofrom the 15th century, which in the 16th and 17th centuries was one of the biggest citadels in Europe. Located around a 10-minute walk from the Piazza del Duomo, now it houses several museums, exhibitions and art collections.

And of course, being in Milan, everyone must see the most famous painting by Leonardo da Vinci, which is The Last Supper. However, surprising as it is, it’s not a painting, but one of the murals in Santa Maria Delle Grazie- the church and Dominican convent in Milan.

Having seen some of the historic landmarks, tourists also very willingly choose other attractions, like parks or a boat ride during which they can enjoy and admire nature, far away from the hustle and bustle of the big city.

For sports fans, however, it’s recommended to go to San Siro– a football stadium and the home of AC Milan and Internazionale. It’s the largest stadium in Italy, and one of the largest stadiums in the whole of Europe, accommodating around 80 000 people.

There is also something for trendsetters and fashion lovers. Milan, as the fashion centre, has a famous fashion district called Quadrilatero Della Moda, which is only one of many shopping areas. Even if you don’t have a lot of money, you’ll certainly find some clothes that will suit every pocket.

For more active tourists, a perfect option is to go for a short day trip, for example at Lake Como which will dazzle you with its breathtaking mountain views, fresh air and clear water.

Moreover, you can go to Bergamo, a picturesque town in the alpine Lombardy region of northern Italy, located around 40 kilometres northeast of Milan. This city consists actually of two distinct cities: the Città Alta, famous mainly for its architecture from the medieval and renaissance times, and the Città Bassa, which is a more modern part of the city.

Quite a remarkable city is also Turin. The capital city of Piedmont is regarded as an important business and cultural centre in northern Italy. Being there, you can visit many museums, art galleries, restaurants, churches, palaces, opera houses, piazzas, theatres and other attractions.

After the whole day of sightseeing, you deserve to have a drink and let your hair down. Where can you do that in Milan? Of course in restaurants, pubs and dance clubs. The most popular nightclubs are The General Stores and Hollywood. But if you don’t feel like dancing the whole night, you can always put your feet up in the local cafes, tasting the Italian cuisine and drinking a delicious cappuccino. To sum up, going to Milan you have so many things to see, do and experience. Thus, plan your travel carefully in advance, choosing the best attractions and enjoy your time!