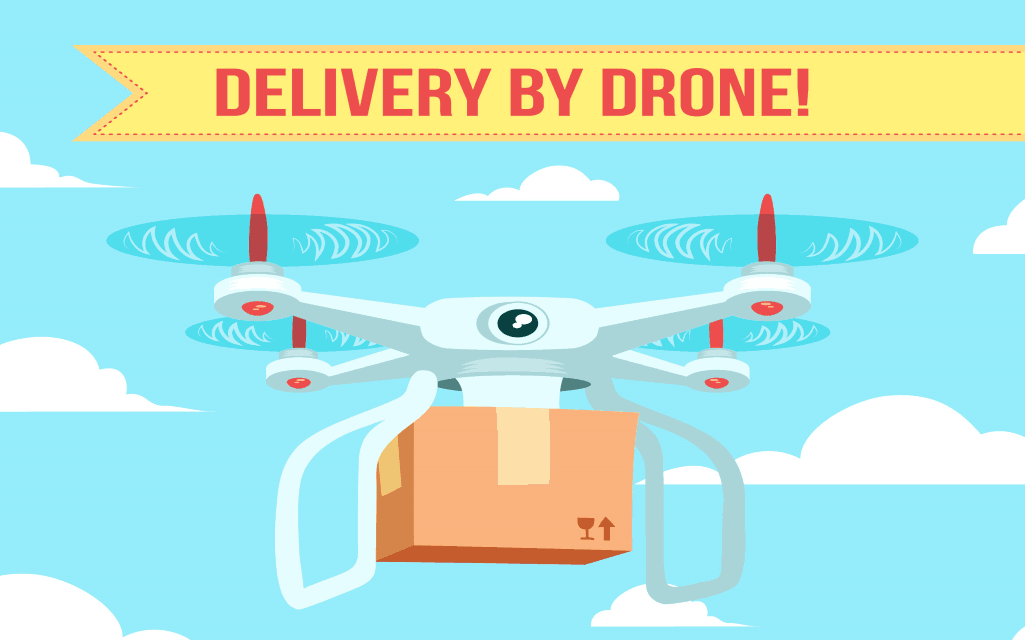 In the past few years, drones have made their way into many parts of life. They have been bought as Christmas and birthday gifts and play an increasingly important role in military operations. One of the most recent trends for drone use is in package delivery, but is it going to take off?

Delivery drones were first used by ecommerce giants Amazon back in 2016 on a pilot basis. As recently as December 2017, they had tested a new, improved drone in the UK. At the moment, many delivery drones are being used for small packages only and are only built to cover short distances, but the future could see international deliveries covered by this new technology.

Modern drones are designed to handle packages under five kilos in weight. For individual deliveries, this is great, as it cuts down on costs and the time from warehouse to customer is far shorter than other means of sending parcels. However, new drones will more than likely be able to handle longer distances and multiple parcels.

Some strides have been made in making deliveries over longer distances. Last autumn, Alibaba successfully managed to deliver packages via drones from the Chinese mainland to Meizhou Island. This bodes well for package delivery across borders and over the water in the coming years, especially if drones become more reliable.

Right now, delivery drones only form a small part of the wider delivery market. For international shipping, the more traditional methods – vans, trucks and ships – still rule the roost. They are seen as more reliable and, crucially, are better for handling several packages in a single trip.

International parcels delivery has progressed to the point where, in some circumstances, same day delivery is a possibility. Drones will make same day deliveries more feasible if they can be perfected for crossing borders and continents.

Two potential challenges stand in the way of drones being the future of international delivery. One is their size; they are made to be small and light, hindering their ability to handle several packages in one go. The other is the weather. In extreme weather, especially snow and rain hail, some drones may be taken off-course, rendering some deliveries risky or impossible to do.

Drones are likely to be a big part of international deliveries in the distant future. For now, there are a few flaws that need to be corrected. As the technology improves, more drones will be able to go between countries, shortening delivery times and improving reliability in the process.