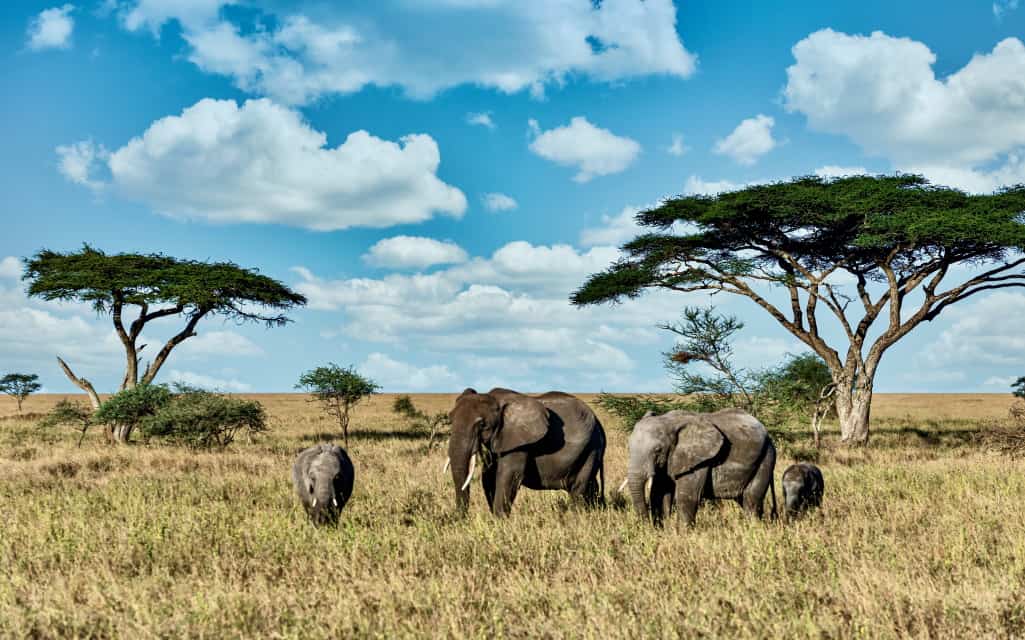 Tanzania has an area of 947 300 km². The bordering countries are Kenya and Uganda to the north, Rwanda, Burundi, and the Democratic Republic of Congo to the west, and Zambia, Malawi, and Mozambique to the south. Seen from sea level, Tanzania forms a plateau of about 1,000 meters that extends to the Malawi and Tanganyika lakes. It starts from the Great Rift Valley, which includes the Natron, Eyasi, and Manyara lakes that separate the northern mountain range, dominated by the Kilimanjaro, near Kenya’s border.

The north’s semi-arid climatic conditions and the tsetse fly in the central and western regions have led the population to cluster in the rest of the country.

In the region of Arusha, which is in the north of Tanzania, we can see the Ngorongoro crater’s remains. The Ngorongoro crater, shaped like a caldera, formed 2.5 billion years ago, has become famous because with its diameter of 20 km and its surface of around 300 km², it is a natural paradise, an equatorial Noah’s ark where the climatic conditions allow animals to live all year round, from hippos to the pink flamingos that inhabit the nearby Makat lake.

The country’s center is made up of a plateau bathed by the rivers that flow into the east, into the Indian Ocean. The country’s seafront is formed by a coastal plain in which we find the Zanzibar archipelago formed by three main islands: Unguja, Pemba, and Mafia.

Tanzania’s economy is mainly based on agriculture. However, only 4% of the country’s total area is arable; this sector represents half of the GDP, 85% of exports, and employs 90% of the working class. The country’s industry is limited to the processing of agricultural products. Tanzania also has significant natural resources, including gold mines (such as Tulawaka) and natural gas reserves in the Rufiji Delta. Tanzania mainly produces coffee, cotton, sisal, tea, and diamonds.

This region is also famous for its numerous tanzania safari trips. This word is a Swahili word derived from the Arabic language that means “journey.” Hunting safaris are still done in particular very well defined areas. If you don’t like this idea very much, there are also photographic safaris that are just as exciting, but you don’t have to pull the trigger.

Among the tanzania safari trips activities, you can immerse yourself in their culture and traditions with famous tribes such as the Maasai and the Bushmen.

Serengeti Park is the best known and oldest park in Tanzania. Its ecosystem goes beyond its borders, including other areas dedicated to wildlife, such as the Ngorongoro or Maasai Mara in Kenya. Its fame is mainly because every year it hosts The Migration, where more than one million wildebeests, defying the dangers and fighting for survival, undertake an incredible journey searching for fresh pastures.

In short, tanzania safari trips are an experience you have to live in!