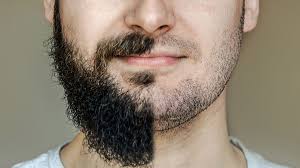 Let’s say that you want to make the plunge into a longer, lusher beard after getting a feel for the stubble. But you want something more office-friendly than a goatee but less Santa Claus than a full beard. In this case, you can choose from either a short beard or a beardstache.

Keep in mind that both styles of beard require regular maintenance to keep them looking great. Even a couple of days of skipping maintenance can result in a slovenly look. The rewards, nonetheless, are well worth the effort and a professional beard trimmer at a Great Clips salon will help you enjoy them.  Great Clips prices are so cheap these days there is no reason not to go there.

The Sexiness of the Short Beard

George Clooney and Ryan Reynolds are just a few of the famous faces who have sported a short beard and actually rocked it. We’re not surprised, too, that it has done plenty for their careers.

The short beard is, after all, the ideal style for men who want a beard but cannot commit to a full beard. It doesn’t seem too much like something a lumberjack would wear but it has an edgier, almost rebellious, feel about it. But it’s also something that a suit-wearing businessman can rock in the office.

In short, many men love it because it’s manly enough yet it isn’t intimidating.  There’s also the fact that a short beard suits nearly all face shapes, from square to round. You can also customize its length and style to highlight your face’s best features and downplay its worst ones.

Do you have a round face? You can elongate it by growing a short beard with a shorter length at the sides. But if you have a thin, narrow face, you can slightly lengthen your beard at the side for a rounder look. Even your double chin can be disguised by growing your beard down to your Adam’s apple.

A few tips in maintaining your short beard between salon appointments.

Be careful about ending your short beard on your jawline. Not only is it unflattering no matter your face shape, especially if you have a double chin, but it has a jarring effect. Instead, keep it just slightly after your jaw’s natural line or go for a graduated effect toward your Adam’s apple.

The Beauty of the Beardstache

Just as its name implies, a beardstache is a cross between a full beard and a stubble. Basically, the moustache part is longer, fuller and bushier than the surrounding facial hair.

But it isn’t a beard style that every man can adopt because of its polarizing quality. Once you have it, you will either hate it or love it, no middle ground. Many people will also feel the same way – a beardstache can either be a cool thing or a mullet thing.

We also like it because it looks good on a city slicker, a farmer and a lumberjack. The trick is in choosing the right length and fullness so that it actually enhances your masculinity.  Take note, nonetheless, that the beardstache looks even better on a men with a wider philtrum and a prominent chin. (The philtrum is the indented stretch of skin between your nose and top lip)

You can start by growing out your stubble particularly around your upper lip. Trim the hair around your cheeks and chin using a beard trimmer such that it looks like a fuller stubble. But don’t trim your growing moustache – its sides should finish just below your bottom lip but it shouldn’t extend beyond your jawline.

As with beards fuller than a stubble, you have to keep your moustache well-moisturized and well-maintained. We suggest applying moustache wax on it and distributing the wax using a moustache comb.  You should also check that the moustache has a well-balanced look, and a guard on beard clippers is a must for this purpose.

Do Bodysuits Make You Look Thin?