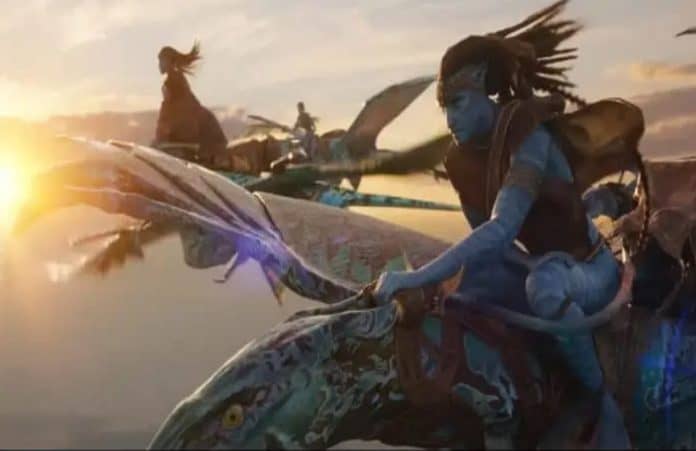 After its debut weekend, James Cameron’s “Avatar: The Way of Water” saw a 58% drop in ticket sales for its second week in theaters – estimated at $56 million.

Blockbuster movie chains typically experience a plummet of 50-70% in ticket sales, resulting in the so-called second-week decline. This statistic serves as an excellent predictor for whether or not a film will remain popular at the box office over time or vanish quickly.

Movies that experience a drop of less than 50% in revenue from week one to two are expected to fare well over the course of their run, whereas those with steep declines up to 70% indicate waning public interest.

Analysts observed that the wintry temperatures and snowfall over the holiday period could potentially impact ticket sales domestically.

What’s more, international ticket sales remain vibrant. The second week witnessed a tumble of 43.9% in foreign markets excluding the US and Canada. As data from CNBC, ‘The Way of Water’ was predicted to generate approximately 70% of its box office profits through overseas tickets – this prediction has held true thus far on Sunday!

Since its premiere on December 16, the response to “The Way of Water” has been nothing short of incredible. Collecting approximately $855 million US dollars worldwide from ticket sales, 254 million in domestic revenue was brought in along with $601 million international markets. This remarkable success proves that this movie is a must-see for audiences everywhere!

This film has already earned the fifth highest box office figures of any movie released in 2022!

13 years after the original movie, the second part of “Avatar”...