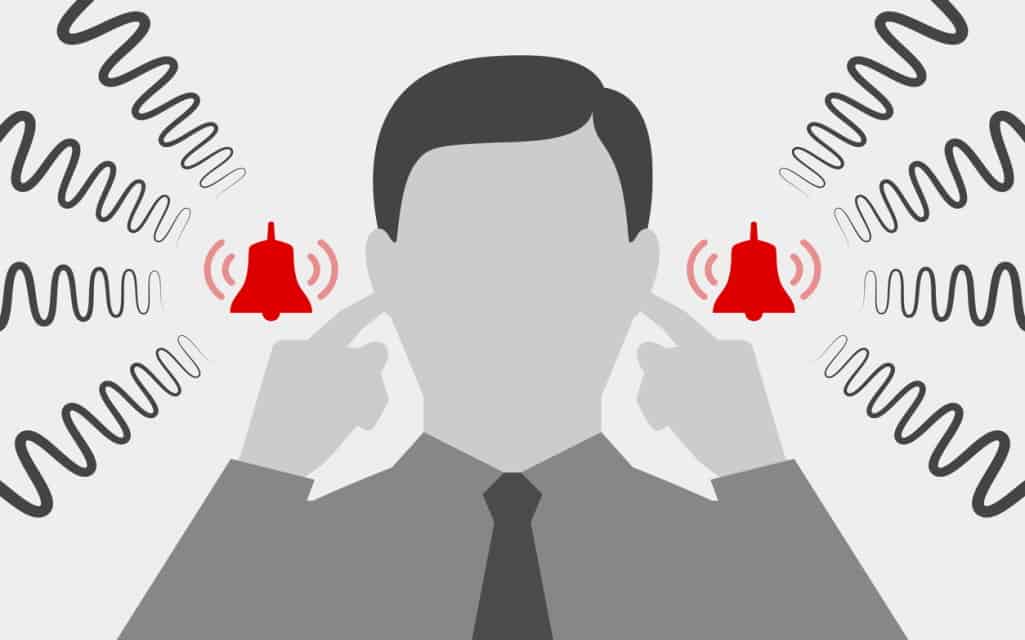 Tinnitus is the medical term for ringing in the ear. This condition is a situation where a person hears noise in the ear whereas there is no noise around (externally). No other person but the sufferer hears the noise. However in some cases, doctors have been able to hear the noise with a stethoscope.

This sound can either be a ringing, roaring, hissing, whistling, clicking, or whooshing sound. Some people have even said that the sound is like a song or familiar tune.  While it is not a disease, it can be very uncomfortable in the least and debilitating at its worst.

The pitch and volume of the noise/sound differs and depending on what caused it, this condition can either be permanent or temporary.

Like we said before, this condition is not regarded as a disease but it is a sign that there’s something amiss with the sufferer. Sometimes, this ringing in the ear can be an indication that the person is about to lose their hearing. If the underlying cause of this issue is not promptly identified and managed, a temporary situation might become permanent.

Some folks who suffer from this condition can actually carry on with their daily activities but others may have problems concentrating or doing any meaningful work.

One of the most common complaints that patients of tinnitus have is insomnia. Many of them complain that the ringing in the ears when lying down is so loud that they find it hard falling asleep.

There are so many myths and facts about this condition and we have devoted this post to discussing them. We shall also discuss the possible causes, symptoms and management of Hearing loss or tinnitus (ringing).

Common Myths and Facts about Tinnitus

It is a myth that tinnitus is only caused by listening to loud music. The fact is that listening to music that is too loud consistently or being in an excessively noisy environment for long can surely damage one’s hearing or lead to this condition.

There Are Medication (Pills) That Can Cure It

There are no prescription drugs or medications that can cure tinnitus. Although there has been extensive research on the effects of certain drugs and supplements on this condition but there’s been no concrete evidence of a cure.

That belief is a myth; the fact is that there are ways of managing the symptoms and helping the sufferer to notice them less. We would get to those later.

Hearing Aids Does Nothing for Patients of Tinnitus

Many people believe that hearings aids are a waste of money for people who suffer from this issue. But that’s a myth and the fact is that it actually does help!

Hearing aids can help in cases where the cause of the ringing in the ears is as a result of a pre-existing loss of hearing. These devices can be used to augment the receiving and perceiving of sound to help the user find relief from the noise in the ear.

It’s all in the Head

Since this ‘illness’ does not show up in any visible way on the sufferer, many people believe that it’s all in the head. But that’s a myth and a harmful one at that!

Although there are many mental health issues that make some people believe that they are sick when they are not, it is not the case with tinnitus. This is a condition that can make the patient panic and sink into anxiety.

Therefore it is necessary that people (especially caregivers) have an awareness of this condition and be prepared to assist the patient. If however, you have doubts about the complaints of the person under your care, you can read this article. It would help you determine whether the complaints are genuine or all in the head.

There Is Nothing That Can Be Done About Tinnitus

The above is a myth because there is certainly something you can do to alleviate the symptoms. If the internal sound that you hear is as a result of being in a noisy environment, you can use ear buds. Hearing aids also can help; so also can sound therapy.

We would go into more details on this when we discuss the management of this situation.

Since A GP Can’t Help, I Best Ignore It

Many people have fallen into the trap of trying to ignore this issue. This may be because they have gone to their family doctor who is a GP (general practitioner) and was told to try and ignore it.

What folks do not understand is that most doctors may not understand this ‘illness’. They attribute it to a lot of things. Some have even been known to tell their patients that it is part of growing old but that’s not so.

Much as we have mentioned that it has no cure, working with an audiologist can help you find relief or at least minimize the symptoms.

There are many things that can lead to hearing sounds in the ears and we would briefly discuss some of them below:-

People who are constantly exposed to loud noise are at a risk of suffering from this condition. This is because the loud noise can cause irreparable injury to cells in the inner ear

Additionally, noise from things such as firearms, bombs, heavy equipment or music in clubs and concerts can cause this ringing in the ear.

The longer one stays in the noisy environment, the longer the ringing would last. And sometimes, it can lead to hearing loss.

Read More: How Hearing Loss Can Affect Your Life

Drugs That Are Ototoxic

These types of drugs are those whose side effect is detrimental to the ear. They are mainly medication used for the treatment of diseases such as cancer, kidney disease, heart disease, and infections.  Some pain relief medications have been known to have such side effects.

The type of tinnitus that these drugs cause is usually high pitched and it can either be permanent or temporary. This depends on the level of the damage that’s been done.

Some of the drugs that have these side effects include the following: – quinine medications, loop diuretics, aspirin, antidepressants, some antibiotics and anti-inflammatories.

You can also check out this site to find out when you should be concerned about this condition: https://www.health.harvard.edu/blog/when-should-i-be-concerned-about-ringing-in-my-ears-2020020818855

Blockage Due To The Build-up Of Earwax

If a person has excess build-up of wax in the ear, it can cause tinnitus. This thankfully is a temporary situation because the condition can be alleviated by unclogging the ears.

Damage To The Hair Cells In The Inner Ear

It is the hairs in the inner ear of a person that sends electrical signal to the brain. Then the brain interprets the signal as a particular sound.  Now if the hair cells in the ear is injured, then they’ll start to send sounds that lack pattern to the brain.

This is what causes the ringing, buzzing or whatever sound that the individual hears in the ear. Unfortunately, anyone with damaged hair cells in the ear may suffer permanent tinnitus.

Why It Is Prominent When One Lays Down

Most patients of this condition dread nigh time because the ringing increases when they lie down and this most often leads to insomnia.

The reason for this is because there is no auditory input at night. Even though we are often unaware, our ears pick up different sounds all day long. And due to the fact that we have gotten used to these sounds, the brain no longer assimilate nor interpret the sounds.

Another reason can be the medication that you take at bedtime. Aspirin is an example of such a drug; it is an ototoxic drug therefore it would worsen the condition.

Additionally, folks with pulsatile tinnitus can suffer more when they lie down due to pressure in the blood vessels, nerves, and muscles.  The noise is usually rhythmic in sync with the heartbeat of the patient.

3 of the Best Hearing Aid Brands You Need to Know