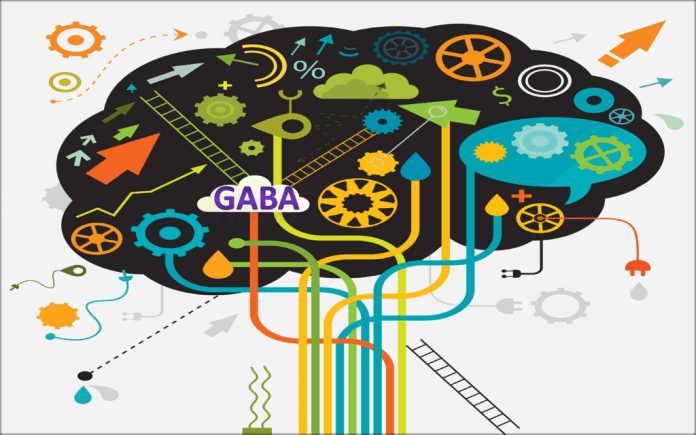 Essential tremor is the most common movement disorder in adults, but its exact etiology and pathophysiology are still not fully understood. There is some consensus, however, about the involvement of the cerebellum and accumulating evidence points towards a dysfunction of the gabaergic system

Recent evidence demonstrates brain chemistry and functional changes in the nervous system with physical activity like walking, running, and swimming.

Converging evidence demonstrates that physical activity evokes a brain state characterized by distinctive changes in brain metabolism and cortical function. Results showed that the resonance signals of both glutamate and GABA increased significantly in the visual cortex following exercise. Overall, the results are consistent with an exercise-induced expansion of the cortical pools of glutamate and GABA, and add to a growing understanding of the distinctive brain state associated with physical activity. A more complete understanding of this brain state may reveal important insights into mechanisms underlying the beneficial effects of physical exercise in neuropsychiatric disorders, neurorehabilitation, aging, and cognition

In a recent study, researchers looked at whether hand muscle contraction changes brain chemistry. Findings indicate yes and the research focused specifically on two hand muscles the first dorsal interosseous muscle and the abductor digiti minimi muscle. It is interesting to note that the Large Intestine (LI 4) meridian and the Small Intestine (SI) meridian run through the area of these two muscles. Large Intestine 4 is a common acupuncture point used for headaches and to decrease pain generally. Both muscles are also important in fine motor control and independent finger movement.

There is a cyclical exercise / visualization that can be used with the hands. Sit or lay down relaxed. Open and close your hands, making a tight fist and then opening your hand wide as fast as you can for 10 seconds. Then relax as fully as you can for 10 seconds. Repeat the quick opening and closing of the hands for 10 seconds and then relax your hands, arms, shoulders, and body while you imagine a flow of nutrients from the digestive system, heart and lungs to the brain. Repeat a third time the 10 seconds of exercise and then for 10 seconds visualize the production and distribution of brain chemicals, perhaps you will see a factory where chemicals are being produced. This is a cyclical exercise where you exercise for 10 seconds and relax for ten seconds three times. You can make it even more cyclical by then resting for a minute and then do the on off exercises for another minute (10+10 x 3). Repeating this sequence (one minute exercising on and off plus the one minute of relaxation) three times every other day further trains the rhythmical nature of your body. To learn more check out the work of vascular surgeon, Irving Dardik.

Constraint-Induced Movement Therapy is a type of exercise therapy where the stroke affected side of the body (arm or leg) are constrained or restricted from moving in order to force the use of the other side. Recent research begs the question of whether restraining the dominant side in healthy individuals to encourage the more difficult use of the non-dominant hand would also increase GABA levels. In this study researchers are looking for a way to assess or monitor stroke recovery but what if this exercise could also help increase GABA in other people with lower than normal levels of GABA?

gamma-Aminobutyric acid (GABA) is the dominant inhibitory neurotransmitter in the brain and is important in motor learning. We aimed to measure GABA content in primary motor cortex poststroke  and in relation to motor recovery during two weeks of constraint-induced movement therapy. After two weeks of constraint-induced movement therapy patients improved significantly. In patients 3 to 12 months poststroke, GABA levels are lower in the primary motor cortex than in healthy subjects. The observed association between GABA and recovery warrants further studies on the potential use of GABA MRS as a biomarker in poststroke recovery

Every day we ignore information and pay close attention to other data. GABA levels in the occipital region is related to our ability to pay attention and retain what we need to take in, thus avoiding mistakes or what researchers call cognitive failures. The occipital lobe is also known as the visual cortex and processes information from the eyes. Since GABA is also strongly linked to muscle function or the motor system, perhaps, vision exercises, especially those that include a hand-eye component, like throwing and catching a ball can increase occipital activity and improve GABA levels. This is what the researchers said,

We measured GABA in human visual cortex using MR spectroscopy and found a negative correlation between occipital GABA (GABA+/Cr ratio) and cognitive failures as measured by an established cognitive failures questionnaire. We speculate that the amount of GABA in sensory areas may reflect the potential capacity to selectively suppress irrelevant information already at the sensory level, or alternatively that GABA influences the specificity of neural representations in visual cortex thus improving the effectiveness of successful attentional modulation

Every time we learn something new we change our brain. Spend 30 minutes learning a new skill or movement changes the GABA levels in our brain. This is what researchers said about the GABA system and learning.

Movement representations within the human primary motor and somatosensory cortices can be altered by motor learning. Decreases in local GABA concentration and its release may facilitate this plasticity. Here we use in vivo magnetic resonance spectroscopy (MRS) to noninvasively measure serial changes in GABA concentration in humans in a brain region including the primary sensorimotor cortex contralateral [opposite side] to the hand used for an isometric motor sequence learning task. The changes suggest remarkably rapid, regionally specific short-term presynaptic modulation of GABAergic input that should facilitate motor learning.”

This last study doesn’t suggest a movement or activity to improve GABA levels but rather looks at the relationship between lead and the GABA system development. People with GABA related issues could consider taking homeopathic lead or Plumbum Metallicum to improve healing in the GABA system.

Lead (Pb) is a heavy metal that is toxic to numerous physiological processes. Its use in industrial applications is widespread and results in an increased risk of human environmental exposure. The central nervous system (CNS) is most sensitive to lead exposure during early development due to rapid cell proliferation and migration, axonal growth, and synaptogenesis. One of the key components of CNS development is the Gamma-aminobutyric acid (GABA)-ergic system.

Do you have a movement disorder that could benefit from, well … movement?

5 Things To Know About Scrubbable Paint

Parts of Your Home That Could Benefit from More Frequent Cleaning

What’s the Most Cost-Effective Way to Cool Down a Room?

5 Things To Think About When Buying White Radiators

Tips For Safe Glove Use When Handling Foods

Tips to Hire the Best and Reliable Movers