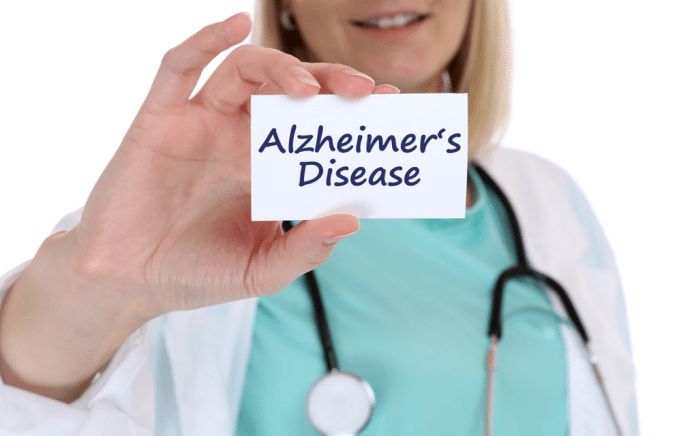 Do something new. Do something in a new way like brush your teeth with the opposite hand from usual to prevent your brain from having Alzheimer’s, or drive to work in an unusual way. It is commonly known that learning a new language after age 50 decreases the chances of developing Alzheimer’s disease. Participating in a choir can also help. These are well known avenues of increasing brain health. In this article we will cover five unusual ways to stimulate better brain function by focusing on a part of the brain known as the “Inferior Parietal Lobe”

A recent article, “Differentially disrupted functional connectivity of the subregions of the inferior parietal lobule in Alzheimer’s disease” in the journal of “Brain Structure & Function” noted,

Alzheimer’s disease, dementia, and memory issues result in or from brain damage including the inferior parietal lobe.

From the field of complementary and alternative medicine comes the idea that by improving one function of a specific area of the brain other functions also improve. So if we want to improve our cognitive function and avoid and decrease the symptoms of Alzheimer’s disease, what do we need to do? What are other functions of the inferior parietal lobe that we can focus on and thereby help in activating better blood flow to the brain? Oxygen and nutrients are carried along with increased blood flow.

1Know that change is possible.

Consciously think about what you find rewarding. What brings you pleasure? How often do you take a hot bath, go for a walk in the woods, or laugh out loud at a funny movie? Do you know what makes you happy and do those things on a regular basis?

Said researchers noting that the dorsal anterior cingulate cortex is involved in associating simple actions and rewards, and the parietal cortex has been shown to represent task rules and action values. In the “Journal of Neuroscience” article “The Role of the Parietal Cortex in the Representation of Task-Reward Associations,” they continued,

Rewards obtained from specific behaviors rarely remain constant over time. To adapt to changing conditions, humans need to continuously update and represent the current association between behavior and its outcomes. Our results demonstrate that the parietal cortex plays a central role in representing associations between multiple behaviors and their outcomes.
– Journal of Neuroscience (2015)

2Deal with your fears.

Make a list of things you are afraid of. Consider what you can do to feel more comfortable or eliminate fearful situations. Use your mind and words to eliminate fear. A recent article in “Human Brain Mapping” noted,

The use of top-down cognitive control mechanisms to regulate emotional responses as circumstances change is critical for mental and physical health. The left inferior frontal gyrus, middle temporal gyrus, and inferior parietal lobe was related to the success in emotion regulation. Given the strong association of this subsystem with inner speech functions and semantic memory, we conclude that those cognitive mechanisms may be used for orchestrating emotion regulation.
– Human Brain Mapping (2015)

3Go to a park or mall and watch people move.

Walk, or run. Try to be as conscious as possible about what they might be feeling emotionally and physically as they move. Literally visualize yourself walking in their shoes. In our brains we have mirror neurons which enable us to imagine the movements of others.

Mirror neurons are a fascinating class of cells originally discovered in the ventral premotor cortex (PMv) and, subsequently, in the inferior parietal lobule (IPL) of the macaque [a kind of ape], which become active during both the execution and observation of actions. – Neuroscientist (2016)

Said a Neuroscientist article entitled, “The Extended Mirror Neuron Network: Anatomy, Origin, and Functions.” In another study on the mirror neuron system in people with strokes entitled, “Mirror neuron therapy for hemispatial neglect patients” researchers noted the benefits of watching a video series of hand actions/movements. Watching the videos ‘

In other words even just watching a video of people moving their hands improved the symptoms of a stroke.

Watch people’s body language and try to figure out what they are communicating with their hands. The use of your hands to communicate activates certain parts of the brain.

Knowing the meanings of the hand actions further enhanced activity in the anterior part of the inferior frontal gyrus, the inferior parietal lobule and posterior inferior and middle temporal gyri in the left hemisphere. These left-hemisphere language regions could provide a link between meanings and observed actions. – Neuropsychologia (2016)

noted researchers in “Neural basis of understanding communicative actions: Changes associated with knowing the actor’s intention and the meanings of the actions” in the journal “Neuropsychologia.”
– Neuropsychologia (2015)

In other words even just watching a video of people moving their hands improved the symptoms of a stroke.

A recent study on chronic marijuana use among adolescents has been associated with structural and functional brain abnormalities, particularly in developing regions responsible for higher order cognition. In “Effects of marijuana use on prefrontal and parietal volumes and cognition in emerging adults” in “Psychopharmacology” researchers noted,

So if you want to improve your cognitive function and memory five questions to ask yourself are:

What brings me joy?
What am I afraid of?
Why do the people I see move?
What are they trying to communicate with their hands?
What is the effect of what I eat and drink on my brain?