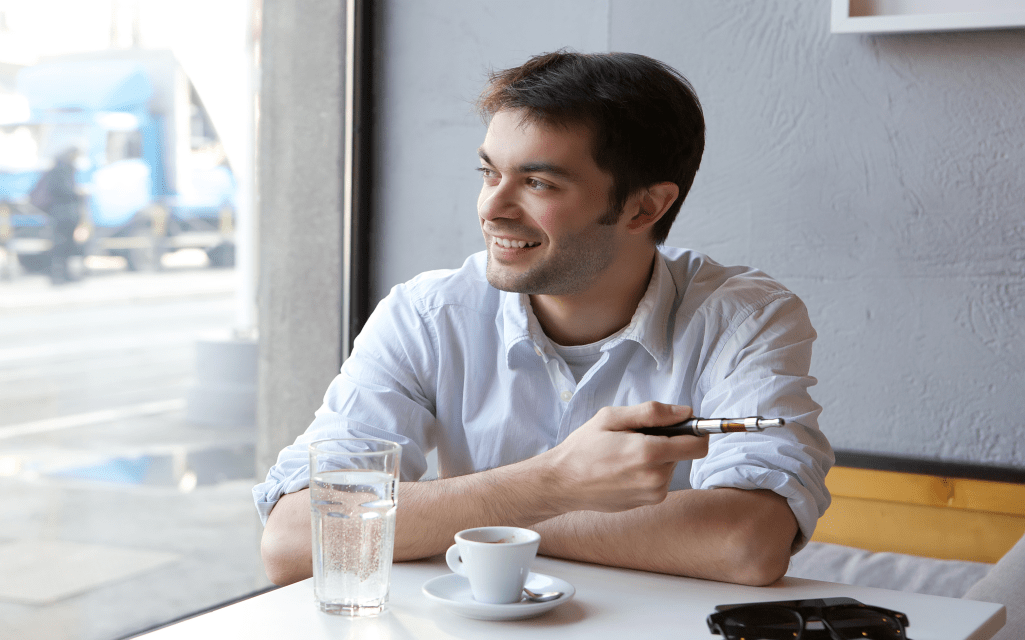 The phenomenon of vaping an E-Cigarette has grown over the past few years and with designated vaping areas being put in place alongside smoking areas, it is beginning to show just how popular E-Cigarettes have become. The question is, how have they become so popular? We’re taking a look at the best 5 features of an E-Cigarette that could be influencing their popularity.

Vaping has become more pleasant alternative to cigarettes for smokers and second-hand smokers with the various Vape Juice that is on offer. When we say there is a huge range, we really mean it. Whatever flavour you fancy to vape it is most likely to be available. Banana Milkshake, Cappuccino, Peach Iced Tea, Strawberries and Cream, the choice is yours and the list truly goes on. If you ever get bored of one flavour then you can just choose and try another. There is a flavour for every taste and you will find that your non-smoking friends will enjoy the pleasant aromas of watermelon or blueberry much more than the tobacco smell from a typical cigarette.

E-Cigarettes are battery operated and rechargeable, and therefore reusable, which is much better for the environment. Whereas before, thousands of cigarettes would be smoked and then put out and thrown onto the streets or left in an ashtray for someone else to clean up, now there isn’t a mess left behind. What’s more, it is now much cheaper for the smoker thanks to the battery being rechargeable. Instead of buying a pack of cigarettes and working your way through that packet in a couple of days, you can now just charge up and change your vape juice which will last an average smoker between 3 to 7 days.

E-Cigarettes are more subtle than a cigarette and appear to look smarter and more sophisticated. With some e-cigarettes, you wouldn’t necessarily know that it was an e-cigarette by looking at it. It doesn’t create a noise or smoke (just vapour!) and is neatly put together. It is easy to carry around in your bag but is sturdy so won’t break easily. There are various different colours to choose from too, so you can stay fashionable.

The device allows one to inhale the nicotine whilst avoiding the majority of the harmful effects of smoking. For those who are looking to quit smoking, vaping can be a great way to do that, but for those who don’t want to then this is a great way to smoke without inhaling tar and carbon monoxide. Evidence has suggested that e-cigarettes are 95% safer than tobacco.

Due to there not being a nasty smell and the health risks being lower for the smoker and any second-hand smokers, vaping an e-cigarette isn’t perceived in such a negative way by society and finding somewhere to vape is easier than finding somewhere to smoke for this reason A date with a non-smoker, for example, may be more successful with an e-cigarette, because they won’t mind being around the smell and you won’t need to step out for a cigarette so often. In social events, such as a party of a non-smoker, there will be fewer restrictions on where to vape than if you were to smoke a cigarette.

E-cigarettes have some excellent features which make them a huge improvement on cigarettes, not only for the smoker but the second-hand smoker too. What do you think?