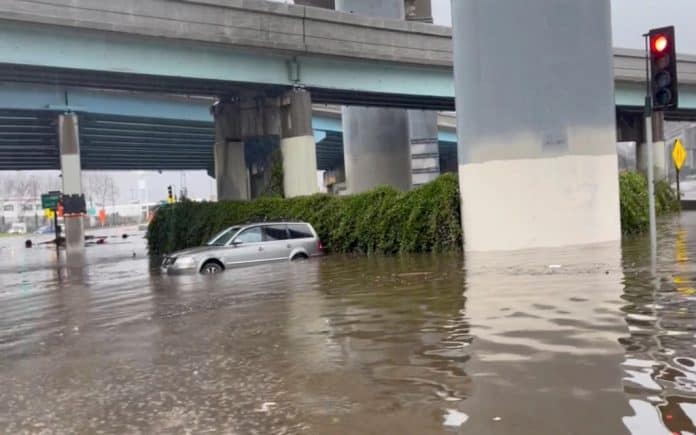 The US Meteorological Service warned, on Tuesday, January 3, 2023, that the state of California will witness in the middle of the week, a violent storm that will include heavy rains that may lead to deadly floods, days after a snow storm hit various regions in America and killed dozens. .

The authorities called on residents of the state to prepare for this strong depression, which is expected to hit the Pacific coast of the United States, next Wednesday and Thursday, according to Agence France-Presse.

The Met Office also warned that the expected storm was “truly brutal and should be taken seriously,” adding that the storm would cause “widespread flooding, flooded roads, landslides and downed trees.”

We’ve got our eyes on California this week!

We’re LIVE today as an atmospheric river event is set to unfold with rounds of storms bringing flooding rains and feet of snow to the area. pic.twitter.com/LR2OwN0XRA

The storm is also expected to lead to “widespread power outages, immediate disruption to commerce, and worst of all, potential loss of life.”

For weeks, the West Coast of the United States has been witnessing a series of storms, which caused heavy rains that reached near-record levels in some places, after suffering from drought for years.

This comes, while some areas in Northern California are still suffering from the effects of a powerful storm hit on New Year’s Eve, which caused landslides, power outages, and one person was killed.

On December 31, 2022, the city of San Francisco recorded the second rainiest day in its history since it began measuring the level of precipitation, as the amount of rain that fell on that day amounted to 14 cm.

Precipitation intensity is expected to increase significantly on Wednesday and Thursday, with approximately 13 centimeters of rain expected in Sacramento, the state capital.

Although many view this heavy rainfall as a sign of hope in the midst of the two-decade drought that has stricken our nation’s West, meteorologists caution us against assuming it will be enough to actually solve the problem. In fact, if there is too much rain in a short period of time, flash floods–which can be devastating due to its dry soil having difficulty absorbing large amounts of water–may occur.

At the end of 2022, different regions of the United States witnessed a major storm, as at least 60 people were killed, and the storm was dubbed the “storm of the century”, because of its severity.