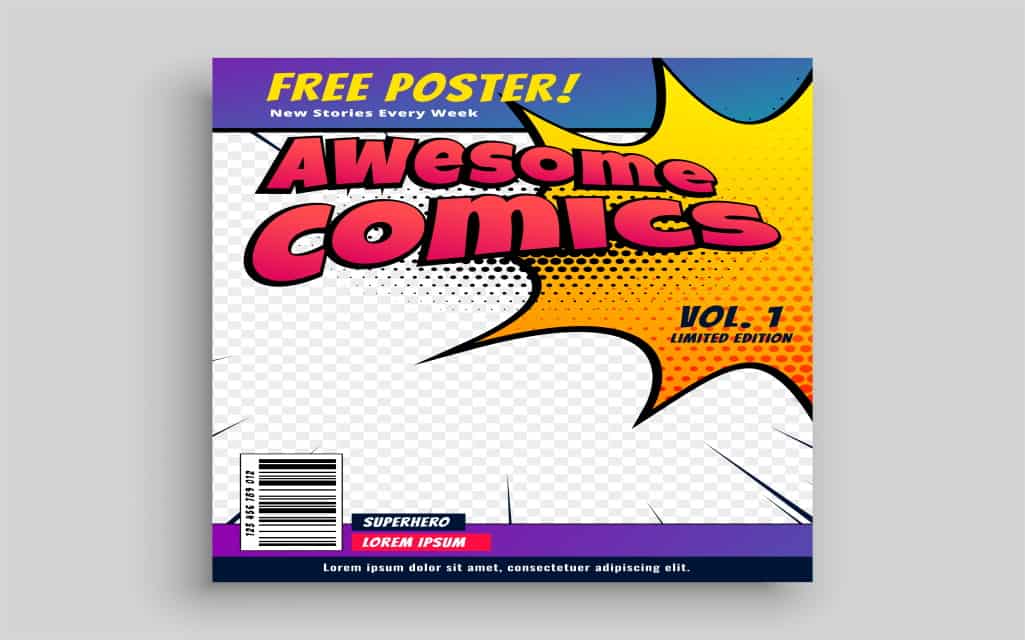 Comic book illustrator and storyboard artist Cameron Stewart is best-known as the co-writer of Batgirl and as an illustrator for his work on major titles such as Batman & Robin, Shazam, Catwoman and more.

He began practicing his craft in 1999 when he was called upon to create storyboard illustrations for the Sony/Dreamworks Animation series Men In Black.  Soon after, Cameron was hired by DC Comics to draw an issue of Scooby Doo, his first experience drawing comics and the beginning of what would evolve into a long career with DC.

Since then, Cameron has worked on a range of acclaimed publications including Chuck Palahniuk’s Fight Club sequel, a series of graphic novels expanding the world of the Assassin’s Creed video game series, the young adult revamp of Batgirl, and science fiction series, Motor Crush, just to name a few.

In this interview, Cameron Stewart describes what it’s like to draw superheroes for a living and reveals what got him into writing/drawing comic books and graphic novels.

How did you first get into illustration?

Cameron Stewart: I have always wanted to draw, ever since I was a small child. I think that most kids like to draw, there’s something that’s very pure and beautiful about making marks on paper and creating an image. But when most people reach a certain age and self-awareness kicks in, they begin to feel dissatisfied with their drawings or bored of the process and so many quit doing it and find something else to do. The ones who stick with it and enjoy the process of learning and refining their drawings are the ones who go on to be skilled artists in later life.

I first became a professional when I met the late, great Darwyn Cooke, who at the time was working in animation on the animated Batman TV series. I was very young but showed some promise to him, and he recommended me to the producers of the Men In Black animated series, who had recently hired him as a director. I moved down to California for the duration of a season of the show and worked as a storyboard artist under Darwyn’s guidance.  During that time I also attended the San Diego Comic Con and brought a portfolio of my work, and managed to attract the attention of an editor at DC Comics, who was instrumental in one of my first assignments at that company. From that point I was very fortunate to maintain a relationship with that publisher and created a lot of work for them over a nearly 20-year period.

Do you think you have a signature style as a comic book artist? And if so, how would you describe it?

Cameron Stewart: Identifying my own style as an artist is difficult, because for me it isn’t a conscious affectation. I always tell students or aspiring artists to not focus so strongly on developing a “style” as that often develops organically as you draw – often the most distinctive elements of my artwork have come completely by accident, and that accidental result pleases me enough that I then adopt it as deliberate technique.  I do think that I have a strong sense of storytelling and that I particularly enjoy drawing scenes of action – I have developed a reputation for being able to create strong, exciting and energetic action sequences in my stories, with a clear “flow” to the panels. I like drawing naturalistic characters – Im not one of the typical “superhero” artists that draws exaggerated rippling muscles and voluptuous wasp-waisted women. I much prefer to draw characters that feel like they could be real people instead of fantasy.

How do you think the internet has affected illustration?

Cameron Stewart: I think that artists today have a tremendous resource in the internet.  It makes exhibiting your work much easier, and the ease of sharing on social media can assist an artist in cultivating and growing their audience. It evens the playing field in many ways and allows amateur or fledgling professionals the same tools and abilities in accessing an audience as more established and experienced artists.  It also has made research much easier – the internet is a deep, almost infinite resource for imagery that can be used as both artistic reference and inspiration. And the ability to communicate not only with your audience, but with artistic eers, allows a much easier sharing of technique and critique which helps artists develop and strengthen their abilities.

What’s your advice for talented newcomers who are trying to get their first professional projects?

Cameron Stewart: Specifically for those seeking to draw comics, I would say that the number one skill to develop and demonstrate is the ability to clearly communicate a story. It is not even a necessity to be able to draw intricate and detailed pictures – the primary skill is to be able to engage the reader with drawings that simply and effectively communicate an emotion, an idea, or a sequence of actions. As humans we connect very deeply with narratives and stories and so the aspiring comics artist must strive above all else to be an effective storyteller. The reader must not ever feel disengaged or confused – the act of reading a comic must feel almost “invisible” and draw the reader along without it feeling like an effort. Detailed, elaborate drawings are secondary and often irrelevant to this basic function of storytelling.

It is most advisable to create a comic on your own first – professional publishers these days are unlikely to hire you to work on a big commercial project without you having already demonstrated some level of ability and dedication. Creating your own comic stories and self-publishing them is the best starting point. Utilizing the internet for this can be extremely powerful – publishing your work as a webcomic can be a great first step, and my belief is that the better your work is, the easier it will be for your audience to grow. And if you are able to cultivate and retain an established readership, it is more likely that large publishers will be intrigued by your work and want to publish you themselves.

Another piece of advice is to always know your capabilities and limitations – as much as talent, publishers are looking for dependability. They want to know that if you are hired to work on a project that you will be able to deliver it on time and to their expected quality.  You will kill your career before it really begins if you drop the ball and fail to deliver the work you’re hired to do on time. Because of this it’s not advisable to accept a project that exceeds your capabilities – if you are someone only comfortable drawing small-scale stories with relatable human characters, do not accept a project that’s an elaborate science-fiction/fantasy epic that’s hundreds of pages long. Know your limits, start small and work up to more challenging work later.

Who has had the biggest influence on your comics career, and how has that person changed your work?

Cameron Stewart: The aforementioned Darwyn Cooke was my mentor, a tremendous influence on me and taught me so much of what I know, and instilled a lot of my values as an artist and a professional. He sadly passed away several years ago but to this day the work I create is often made with him in mind, with the curiosity of how he would react to it. I also am hugely influenced by the Scottish artist Frank Quitely, with whom I am fortunate enough to have shared a studio or a year and a half and still consider a friend. His work inspires me to keep a grounded and realistic quality to any story, no matter how outlandish or fantastic. I am very often referring to his work for inspiration or guidance, and admire the naturalistic expressiveness of his characters and his impeccable sense of space, form, and volume.  I am also highly influenced by movies and so a great deal of my comics storytelling is my attempt to take visual cues from films and then re-interpret them in the language of comics. The list of artists whose work I love, and from whom I take inspiration or steal technique, is far too long to list but I believe that any healthy artist will have a broad range of influence, not just from comics or illustration but from fine art, contemporary art, world culture and history, graphic design, advertising, film, video games. and more.