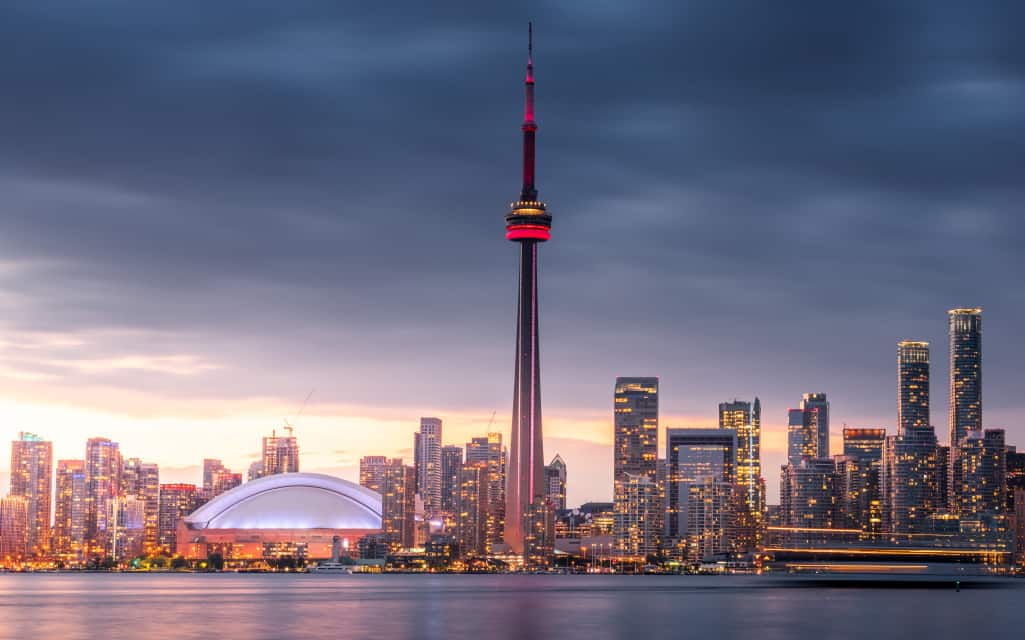 If you’re a screen junkie, you’re probably used to seeing the backdrops of major cities like New York, Chicago, Los Angeles, and San Francisco in your favorite movies and shows. What you may not know is that many films and TV shows are actually shot far from the cities where they appear to take place.

For many years, Canadian locales have served as a stand-in for a number of international locations. Shooting in Canada provides an attractive alternative for production studios from across the border. “It’s simply less expensive to shoot there than it is in Hollywood, for example,” writes Edward Jay Epstein, author of The Big Picture: The New Logic of Money and Power in Hollywood. “In Southern California,” he notes, “the studios have highly efficient soundstages and an abundance of skilled technicians, but the unions’ work rules make it extremely expensive to shoot exteriors.”

However, shooting in Canada offers benefits far beyond cost-cutting measures, as the country also provides the opportunity to work with skilled professionals at the top of their game. Canada is home to some of the finest production and post-production facilities in existence as well as tens of thousands of talented industry professionals.

“The resources here in Toronto, both in terms of talent and crew are tremendous,” says Bosnian-Canadian writer, producer and director Igor Drljača, co-founder of Toronto-based Timelapse Pictures. “But most importantly there is a community here, which is always the most important and often neglected element when making films—that is something that is very hard to replicate. Only a handful of cities in North America can argue to have this, and Toronto is one of them.”

Canadians aren’t just helping to create incredible content for international studios. As streaming video services like Netflix and Hulu have established themselves as players in the industry, Canada has become a content production powerhouse, developing, producing and distributing a wealth of original programming.

Many Canadians are still unaware of the quality of programming that is coming from their own backyards. But that’s changing.

MADE | NOUS is a new media campaign that celebrates the work of Canadian creators in film, television, video games and digital entertainment, both at home and abroad. The campaign was launched during the 2019 Academy Awards, with a commercial featuring the voice of Canadian native and legendary actor Christopher Plummer to highlight Canadian talent in the screen industries.

According to Mathieu Chantelois, executive at the Canada Media Fund, which helped to launch the MADE | NOUS campaign, Canada has long had a branding problem when it comes to CanCon (Canadian Content). For years, CanCon — regardless of the medium — had the reputation of being cheap-looking, low budget-feeling, and not very engaging. Today, however, “Made in Canada” symbolizes quality and originality.

As the MADE | NOUS campaign explains, Canada is home to some of the strongest and most creative content production centers in the world. Now, the country’s creators are scripting, shooting and distributing all types of popular projects ranging from powerful, dramatic stories to some of the most binge-worthy comedies. These include television shows such as Killing Eve, Saving Hope, Orphan Black, Vikings, Trailer Park Boys, and the Emmy-winning sensation The Handmaid’s Tale. Movies produced in Canada include Aladdin, the Deadpool franchise, Life of Pi, The Shape of Water, The Revenant, and Disney-Pixar’s Bao. Add to this the number of Canadian actors and actresses who star in big-budget films and television shows, and it’s easy to see why Canadian talent has long been sought-after in the entertainment industry.

By finally putting the spotlight on the incredible work of Canadians creators, MADE | NOUS is giving viewers the chance to celebrate the exceptional stories that our country has brought to life.