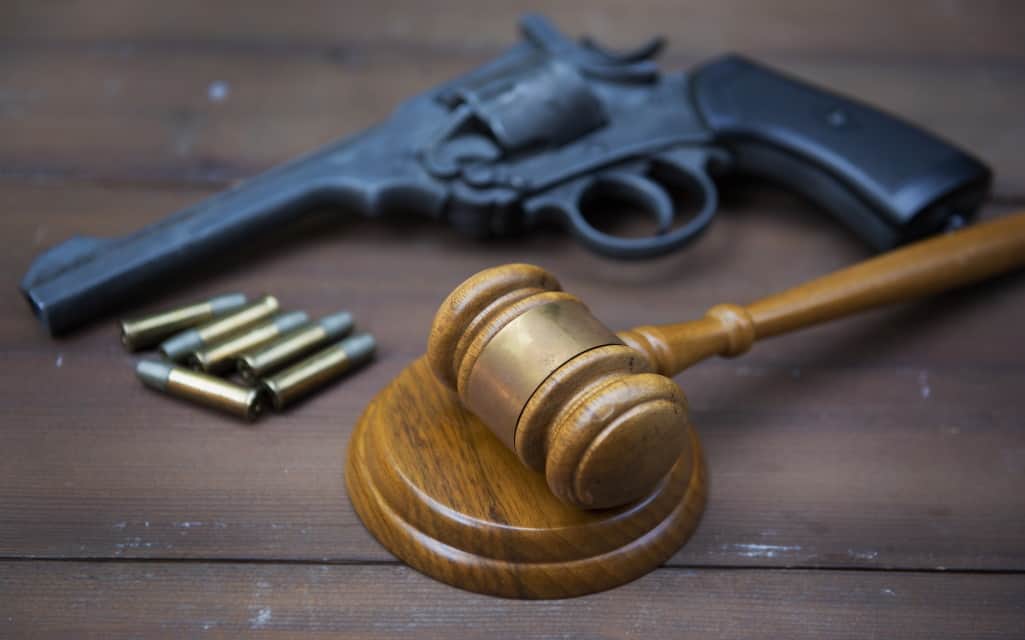 Back on December 15th, 1791, as a part of the Bill of Rights, the Second Amendment to the Constitution of the United States was adopted throughout the country. Within this rights, the ability to protect one’s self with a firearm was added and has been present ever since.

We’ve come a long way since then, and of course, firearms and gun control in the U.S. have been a big talking point over the last few years, but with any big topic that circulates nationwide, some of the core points and facts can become a little distorted. Today, we aim to address some of the myths to ensure anyone interested knows the facts.

1. The Right to Bear Firearms is Guaranteed by the Second Amendment

While the right for self-protection is included in the Second Amendment, the truth of the matter is that the courts of law in the U.S. have no definitive way of defining what was mentioned in the original document. Interpretations can vary dramatically and can change depending on which government state official you’re asking. It then goes without saying this can vary from individual citizen to citizen.

It was, in fact, a court case in the Supreme Court (District of Columbia v. Heller 553 U.S. 570 (2008) that decided that individuals can bear arms for self-defence reasons, and has been known as a landmark case since. If you are carrying a gun for your protection, you will need ammunition too, that you can order at bulkmunitions.

2. Any Gun is Permitted

This simply isn’t true. Explosive and destructive devices such as bombs, rockets, missiles, grenades, mines, and other devices to this elk are illegal. Any kind of silencer, machine fun, or ‘sawed-off’ shotgun are also illegal, and it’s not part of the Second Amendment to be armed with these.

3. Permits are Always Needed to Purchase a Firearm

While a controversial point for many, it depends on the law at the time and the state you’re in as to whether you need a permit for a firearm. In California, for example, a permit isn’t needed, even if you buy privately or at a gun show. However, the dealer must be licensed, which means they legally need to conduct background checks on anyone who wants to buy a gun.

4. Permits are Always Needed to Carry a Firearm

Hand in hand with what we’re saying above, if you live in a state like California, you don’t need to a permit to carry your firearm, whether that’s a handgun, a shotgun, or a rifle. You do need a CCW (Carry Concealed Weapon License) but no permit. However, this rule can change state to state and at different times, so use websites like lawmanaging to keep up with the latest legislation changes and updates.

5. The Right to Arms Will Not Be Taken

Hand in hand with everything we’ve said above, everybody can, and sometimes do, lose their right to bear arms. It happens all the time when people use firearms to break the law, and the convicted felons are then banned from bearing arms in the future.

There is a list of people this includes, not just felons, and it can change at any time through the right lawful means. Other people without the right to bear firearms include undocumented aliens, drug addicts, defendants on felony charges, people under the age of 21, dishonourably veterans discharged from the military, and more.

6. You Cannot Buy a Gun for Someone Else

It is absolutely against the law to buy a gun and give it to someone else, or to buy it on their behalf. Known as a ‘straw purchase’ if you buy a gun in your name, it is a gun for you and nobody else. Giving it to someone us is a federal offence. You may begin a process to transfer the ownership of a gun legally, but this needs to go through the courts.

As you can see, there are a lot of myths out there that have become common knowledge, even though the facts might not be what you thought they were. Always make sure you’re doing your research to stay up to date with the latest information, so you’re not caught breaking the law unintentionally.