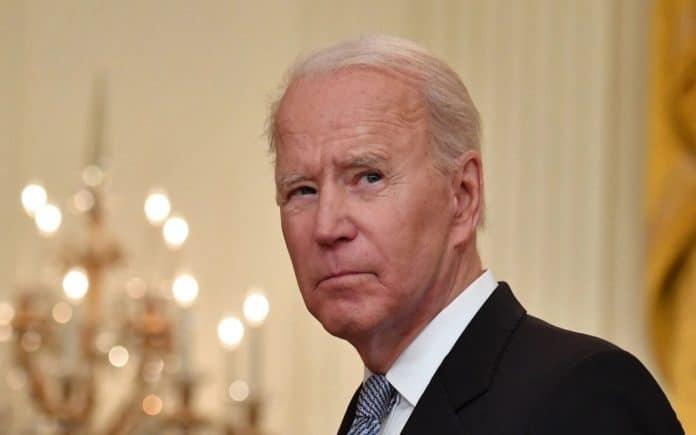 A video clip of US President Joe Biden has gone viral on social media as he talks about the relationship of the United States of America with the rest of the world.

The websites and accounts that published the video said that the US president mocked all countries, saying: “We do what we want … the whole world is nothing but a patch on our jeans.” What is the truth about this statement? Why did this speech spark widespread controversy, inciting international reactions?

The truth of Biden’s statement

In today’s episode of “what the hell did @JoeBiden” say? https://t.co/QwLQmDm7HL

Multiple accounts on social media circulated a video clip excerpted from one of Joe Biden’s recent speeches, and these accounts said that Biden insulted all countries when he considered them nothing more than a “patch” on American jeans, and that America could do whatever it wanted.

But returning to Biden’s main statement, we find that the fragmentary clip was taken from his last visit (on January 4, 2023) to the Brent-Spence Bridge in Kentucky, and the goal of the speech was to celebrate the bridge development project that the president considered a “historic” project, days later. Successfully securing $1.6 billion in federal funding for the project.

The paragraph excerpted from it at the end of the letter is as follows:

“I’ve long said — and I mean this — I have never, ever, ever been more optimistic about America’s prospects than I am today. Never. Never. I’ve traveled to over 140 countries around the world. As I was — I’ll paraphrase the phrase of my old neighborhood: The rest of the countries — the world is not a “patch on our jeans” if we do what we want to do and we need to do.

Its literal translation means: “A long time ago I said – and I mean it – I have never, ever, at my age, been more optimistic about America’s prospects than I am today. Never, ever. I have traveled to over 140 countries around the world. And as I have been… I’ll paraphrase a phrase from my old neighborhood: the rest of the countries, the world is not a “patch on our jeans” if we do what we want to do and what we need to do.

Betting against America has never been so good…and it is not more correct than today.”

So the statement circulated in Arab accounts on social media is incorrect and fabricated, but what does Biden mean by his original words in the speech?

The aforementioned paragraph from the video clip circulating about Joe Biden came in the context of praising America and emphasizing optimism about the American future and the achievements of this country. However, the clip sparked a wide wave of comment, questioning, and insinuation even among the American media and American social media users.

Many users wondered about the true meaning behind the circulating paragraph, as the sentences seemed logically unrelated to their meanings, and many did not understand what the meaning of “paraphrasing” that Biden was talking about, and what was the original phrase that he says he quoted from his “old neighborhood.”

Many questioned the president’s sanity and current mental fitness with the speech disintegrating and unclear, while others only retweeted the clip with comments like “what?” or “What the hell is Joe Biden saying?”.