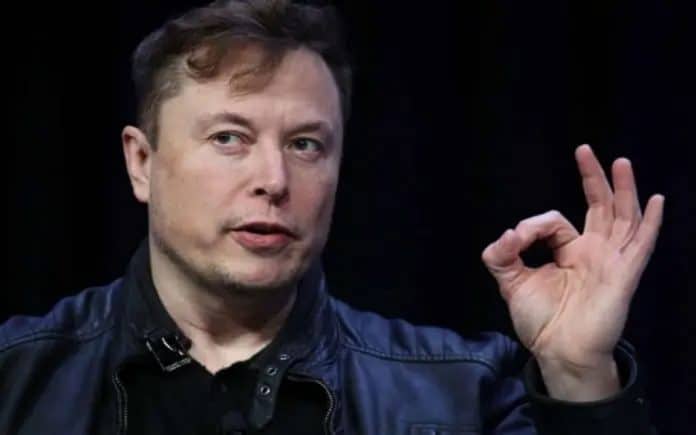 For several months, world’s wealthiest billionaire Elon Musk has been warning the public that if we don’t take immediate action to modify current central banking policy, a massive economic recession is certain. His concern should not be taken lightly—with his vast wealth and power of foresight, he could very well have insight into what our future holds.

As the Federal Reserve prepares for its year-end monetary meeting, Musk recently made another troublesome prediction. Just like his past forecasts, this one is deeply concerning.

In response to the inflation rate hitting its peak in 40 years, the Federal Reserve has been raising interest rates swiftly and significantly. They have already moved from close to zero during the pandemic up to a range of 3.75% – 4%, aiming to halt this rapid rise in prices with their bold action.

However, economists are warning that this “aggressive” monetary policy could trigger a severe economic downturn, as reported by the reputable websites.

The recession will be greatly magnified

The Central Bank’s two-day summit is due to commence on December 13th and 14th, where policy makers are forecasted to raise the interest rate by 50 basis points – an increase which follows four consecutive hikes of 75 basis points.

Furthermore, the Federal Reserve will divulge its initial quarterly predictions since September. This unveiling of information will provide insight into where the Fed views the American economy progressing in upcoming years.

According to Musk, a rate increase by the Federal Reserve would be an egregious misstep and push our economy further into destitution than originally forecasted.

The billionaire cautioned yesterday in a Twitter post that if the Federal Reserve raises interest rates again next week, an economic recession is sure to worsen.

If the Fed raises rates again next week, the recession will be greatly amplified

Elon Musk, the CEO of Tesla electric cars, agrees with investment leader Cathy Wood and her continued prediction that a prolonged increase in prices will lead to deflation. This risk was already acknowledged by Elon last September.

In a recent tweet, Wood proclaimed that the bond market is hinting at an error made by the Federal Reserve. She stated that with 10-year versus 2-year Treasury yields currently being -80 basis points, this yield curve inversion has surpassed all previous levels since double digit inflation began in the early 1980s.

I am wondering why economists are not highlighting that an 80bp inversion in the Treasury yield curve today is much more of a red flag for the Fed today than it was in the early ‘80s. As a percent of the 3.5% 10 year Treasury yield, it is ~23% today vs ~5% of 15% in the ‘80s

She highlighted that an inverted yield curve generally implies deflationary pressures and insinuated it could be a key factor in the global economy. Consequently, she argued that lower than expected inflation was more likely to occur rather than higher-than-expected inflation. Evidently agreeing with her analysis, Musk tweeted “Absolutely.”

Actually the yield curve reflects investor expectations that the #Fed will succeed in bringing #inflation down to 2%. Investors are wrong. The only thing the Fed will succeed in doing is making the #recession worse, which will crush the dollar and send consumer prices soaring.

In contrast to Musk and Wood’s assertions, economist Peter Schiff has a different opinion. He took to social media to express his views that the yield curve reflects investors’ expectations for the Fed’s success in reducing inflation rates – an expectation he believes they will be unable to fulfill. In his words: “The only thing the Fed will do is make the recession worse, which will crush the dollar and push up consumer prices.”

Elon Musk says he will step down as CEO of Twitter...