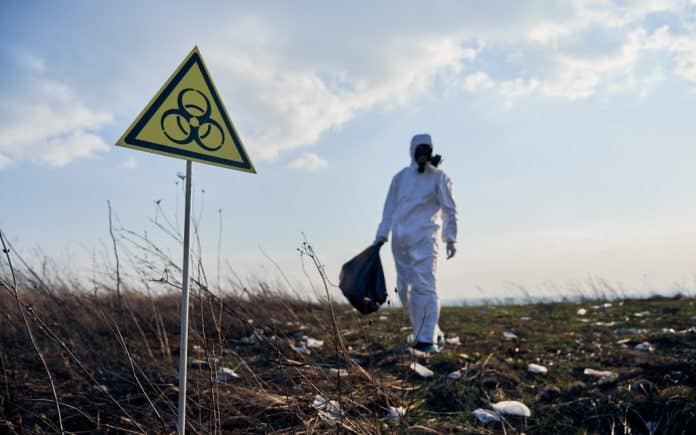 Have you ever wondered what would happen if you were exposed to radiation? And how you can protect yourself from radiation exposure?

There has been much talk lately about radiation, and even though it may not seem like much of a threat right now, there are some things that you can do to keep yourself safe from radiation.

We’ll explain exactly what radiation is and what happens when you are exposed to it. We’ll also show you how to protect yourself from radiation exposure, and we’ll even give you some tips on how to reduce your exposure.

How Much Radiation Can I Receive?

Radiation exposure levels vary depending on the source, the type of radiation, and the amount of time the person is exposed to the radiation. According to the World Health Organization (WHO), the general public is exposed to a small amount of radiation every day from natural sources like sunlight and food.

Radiation is all around us. It’s in the air we breathe, the food we eat and the water we drink. You can’t escape it. So, what exactly is radiation?

Radiation is a type of energy. It is emitted by objects as they decay or when they undergo nuclear reactions. It can be natural (such as sunlight) or man-made (like X-rays and nuclear weapons).

Radiation exposure is measured in units called Sieverts (Sv). Each unit represents the amount of radiation absorbed by the body over a short period of time. One Sievert equals 100 rems, or Roentgen equivalents.

The main sources of radiation exposure are X-rays, which are used in medical procedures and diagnostic tests. Radiation therapy uses ionizing radiation to destroy cancer cells. Other sources include cell phones and computers, which emit radio waves, and nuclear reactors, which produce radioactive isotopes.

Ionizing radiation can have long-term and short-term effects. It can affect organs and tissues in the body, including the lungs, skin, brain and bone. It can also affect the immune system and the reproductive system.

Long-term effects of radiation exposure include:

Cancer: Cancer is the most common long-term effect of radiation exposure. It can develop years after exposure to radiation.

Hair loss: Exposure to radiation can cause hair loss. This is most likely to occur in areas of the body that are exposed

There are different types of radiation, including gamma rays, alpha particles, beta particles, and X-rays.  (Protect yourself from radiation using barrier technologies)