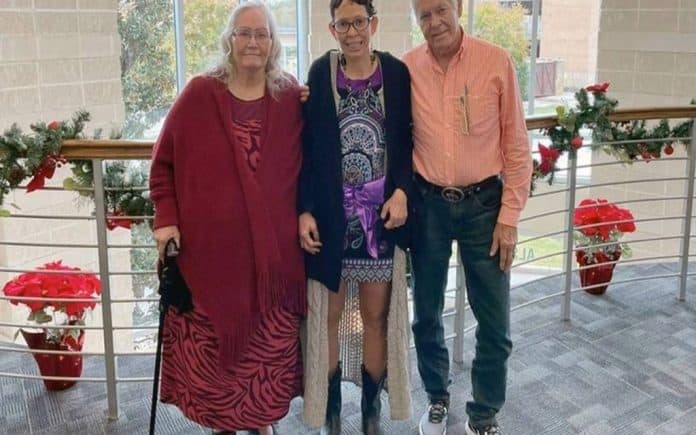 Even though 51 years had passed since their daughter’s disappearance, an American family from Texas never lost hope of finding her. They celebrated her birthday every single year until they were finally able to reunite as a family again.

Alta Abantenko, a waitress, needed someone to care for her children in 1971 so she could keep paying her bills after separating from husband Jeffrey Highsmith. In desperation, Alta placed an ad in the local newspaper seeking a babysitter.

Later, the woman called Abantenko and they agreed to meet at the restaurant where she works. The woman did not attend under the guise that she was busy taking care of other children.

Given no other choice, Abantenko told the woman to go to her apartment and take care of her children until her shift ended.

The mother searched tirelessly for her daughter in cooperation with the police after she discovered that her two-year-old, Melissa had gone missing upon returning home. Shockingly, the child was living under the name Melanie in the same city and did not know that she was missing or that her family was looking for her until they found her on Facebook.

And that communication happened thanks to a site specializing in conducting DNA tests, which found Melanie’s children were match with her original family.

Initially, Melanie or Melissa was unsure if the message she received from her biological father was real. In press statements, she said: “My father sent me a text message via Facebook Messenger, and he said to me: You know…I’ve searched for my daughter relentlessly for 51 years,” Bill said, before mentioning a birthmark on her back that only she would have. The couple was quickly convinced of his sincerity.

Last Saturday, Melanie’s parents met her for the first time and did more “official and legal DNA tests,” according to a social media post by the family.

Melanie’s sisters say she wants to be known as Melissa again. She also plans to renew her wedding vows so she can marry under her birth name, and have her father walk her down the aisle.

Although the statute of limitations has long passed, Fort Worth police said they will investigate if the woman who raised Melissa under Melanie’s name was involved in her kidnapping.