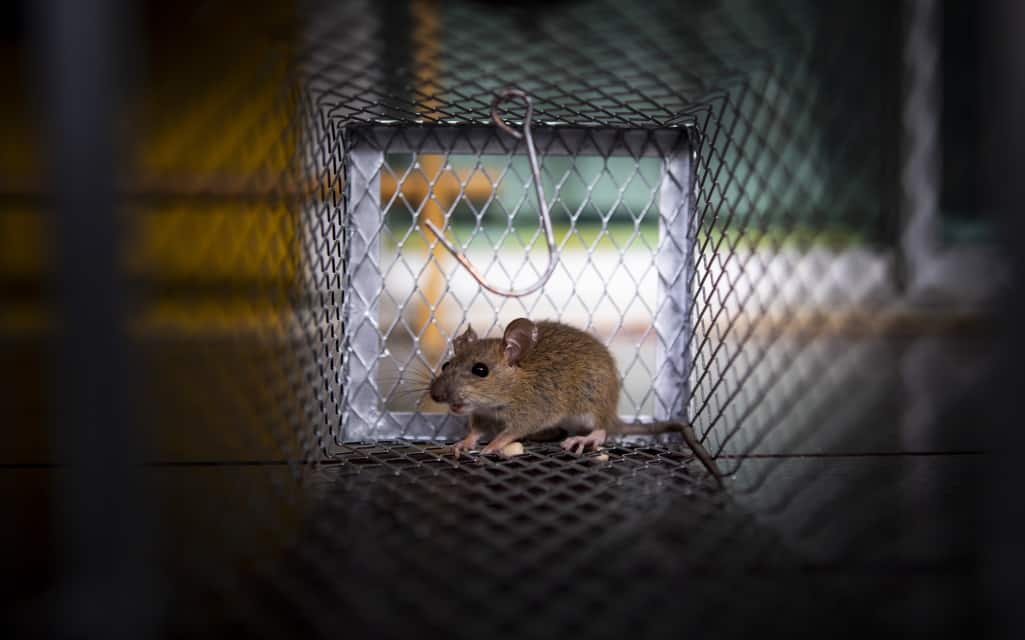 Rats can be an absolute pest in any household, they’ll eat your food, spread diseases, and are an unwelcome sight to see. Since they were invented in 1897, rat traps have become an essential part of many American households. But a rat trap doesn’t work well unless you get the right one.

When placing a rat trap, you must keep in mind that rats use walls and fences as a guide through open areas. As such, the best place a rat trap can go is against a wall in a room with dim lights. Additionally, different rats have different diets– for example, black rats are herbivorous mammals while brown rats are omnivores. Additionally, when choosing a rat trap, make sure that you have some idea of the relative size of the rats in your home.

If these traps don’t seem to be the right fit for your home, click here for professional help.

The plastic snap rat trap works well at catching rats without being a huge danger to children and pets. If a rat goes in the plastic trap it snaps and presses on its neck until it slowly suffocates. This trap works well both indoors and outdoors and is fairly inexpensive. The only real downside to this trap is that it’s a bit more expensive than most of the other traps on the market.

Another safe bet if you have children or pets in your house, live catch rat traps can be a more humane way to trap rats. The live catch rat trap is basically a cage that closes once the rat enters it to get the food. This trap is better to use outdoors, but it can be used indoors or outdoors. The disadvantages to this trap are that you have to do something with the rat after you catch it, it’s a large box that isn’t easy to conceal which can lead to rats getting trap shy or guests noticing it in your house, and you’ll have to manually bait it & provide the trapped rats with food and water until you figure out what to do with them.

This trap only works with mice and smaller rats. This trap is also widely considered the safest trap on the market for children and pets. It works when mice and rats enter a hole in the side of a device and trigger a trip plate. Once this plate is triggered, the pests will go into the trap. This trap can catch up to 15 small mice or rats at once. The disadvantages for the multiple catch rat traps are that it’s rather big, it isn’t weather resistant and shouldn’t be used outdoors, and the trap only works with smaller rats and mice.

The classic wooden snap rat trap hasn’t changed much in the past 150 years. They’re inexpensive and work well. When a rat steps on to a sensitive part of the trap, the trap snaps back and crushes the rat- usually killing it but sometimes only disabling it. This trap is very dangerous for children and pets due to how easily it can be triggered and the force the trap can muster. Additionally, these traps shouldn’t be used outside because they’re easily forgotten about and the wood can degrade over time.

Visit this website for more tips on trapping rats in your home.

5 Benefits of Security Fence For Your Household

Things to avoid when hiring a plumber

5 Ways a Locksmith Can Tighten Your Home’s Security