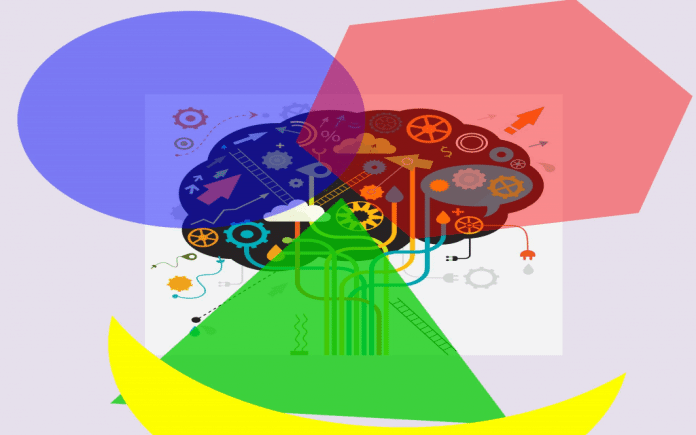 Can poetry improve brain related symptoms including brain fog, memory loss, fatigue, seizures, and chronic pain? Let’s see what the medical literature has to say about poetry and our brains.

One of the areas of brain function that is compromised in Alzheimer’s disease is complex cognitive processes, including goal-directed thoughts, creative thoughts, and self-generated thought. Recently in an article entitled, Creative Cognition and Brain Network Dynamics, researchers noted,

Creative thinking is central to the arts, sciences, and everyday life. [There is] a strikingly similar pattern of brain activity and connectivity across a range of creative tasks and domains, from divergent thinking to poetry composition to musical improvisation.

In other words when one writes poetry or does musical improvisation the brain connectivity is enhanced. Researchers went on to talk about the way the executive control networks [thinking and cognitive processing part of the brain] tend to cooperate and connect with other brain centers during creative cognition, like writing poetry and artistic performance.

A reading of medical literature brings up some answers and also provokes more questions like can reading and creating poetry help decrease seizures? In the 2016 article, Musical and Poetic Creativity and Epilepsy, the authors concluded:

It has not been possible to identify great talents with epilepsy who excel in poetic or musical composition. There are few published poets with epilepsy and no great [music] composers. Why is this? Similarities between music and poetry include meter, tone, stress, rhythm, and form, and much poetry is sung with music. It is likely that great musical and poetic compositions demand a greater degree of concentration and memory than is possible in epilepsy, resulting in problems retaining a musical and mathematical structure over time. The lack of association between recognizable neuropsychiatric disorders and these skills is a gateway to understanding facets of the relationship between the brain and creativity.

What is clear from medical literature is that famous poets do not have seizures but what if we reverse engineered a solution. Practice and conscious focus enhances skills. This is clear to anyone who has learned a new language, practiced a new sport, or engaged in a game of skill. What if we apply this to poetry? What if learning how to write poetry and then practicing the skill could decrease the severity of seizures by enhancing blood flow, connections and brain plasticity in the areas of the brain responsible for concentration, memory, and creativity? Anyone with seizures want to try writing poems and then comment about your results?

Sometimes people with brain injuries try to control everything in their lives as a way to feel capable when their brain and body has betrayed them. It can be difficult to relinquish control and perhaps writing poetry can help on a brain level. Expertise in writing poetry comes when the brain favors creativity over control. This is what researchers had to say in an article entitled, Brain Activity and Connectivity During Poetry Composition: Toward a Multidimensional Model of the Creative Process. Speaking about writing poetry, they said,

Distinct activation patterns were associated with generation and revision, two major phases of the creative process. Medial prefrontal cortex was active during both phases, yet responses in dorsolateral prefrontal and parietal executive systems (DLPFC/IPS) were phase-dependent, indicating that while motivation remains unchanged, cognitive control is attenuated during generation and re-engaged during revision. “[Poetry] experts showed significantly stronger deactivation of DLPFC/IPS during generation, suggesting that they may more effectively suspend cognitive control.

Becoming an expert in creating poetry indicates an ability to release cognitive control over the process or being able to just let it go. Researchers went on to say the same cognitive resources are available to experts and beginners. What if having a poetry writing practice could help an individual to be more creative and feel lass out of control?

4Activate The Brain With A Narrative Poem

Narrative poetry tells a story, an experience in a poetic way. Listening to stories or a vivid description of an event, a car accident or a basketball game increases connectivity and activation of several key brain areas. Here is what researchers said in the article, Embodied Comprehension of Stories: Interactions between Language Regions and Modality-Specific Neural Systems:

We conducted a functional MRI study in which participants listened to stories that contained visually vivid, action-based, and emotionally charged content. Activity of neural systems associated with visual-spatial, motor, and effective processing were selectively modulated by the relevant story content.  Taken together, our results suggest that language regions are engaged in perceptual [sensation], motor [movement], and affective simulations [emotions] of the described situation.

In other words speech and language functions of the brain can be activated and improved through attention to sensations, movement, and focus on emotions experienced during story telling or listening to a story

5Listen To and Memorize Poetry

Practice, practice, practice seems to be the way to improve memory and enhance brain plasticity even in the aging brain, according to researchers in the 2009 article, “Prolonged Rote Learning Produces Delayed Memory Facilitation and Metabolic Changes in the Hippocampus of the Ageing Human Brain.

Repeated rehearsal is one method by which verbal material may be transferred from short- to long-term memory. [Study] results indicate a facilitation of new learning that was evident six weeks after rote learning ceased. This facilitation occurred for verbal/episodic material only, and was mirrored by a metabolic change in left posterior hippocampus. Results suggest that repeated activation of memory structures facilitates anamnesis [fancy word for recollection or remembering] and may promote neuronal plasticity [ability to heal and adapt to change] in the ageing brain, and that compliance is a key factor in such facilitation as the effect was confined to those who engaged fully with the training.

The research seems to indicate that writing poetry, listening to stories, and conscious awareness of our body and emotions as we write and listen is a key ingredient in enhancing memory, improving the speed of brain connectivity, generating higher thinking power, and developing a stronger grasp of language skills. And in the end we have create or appreciated a touching poem.