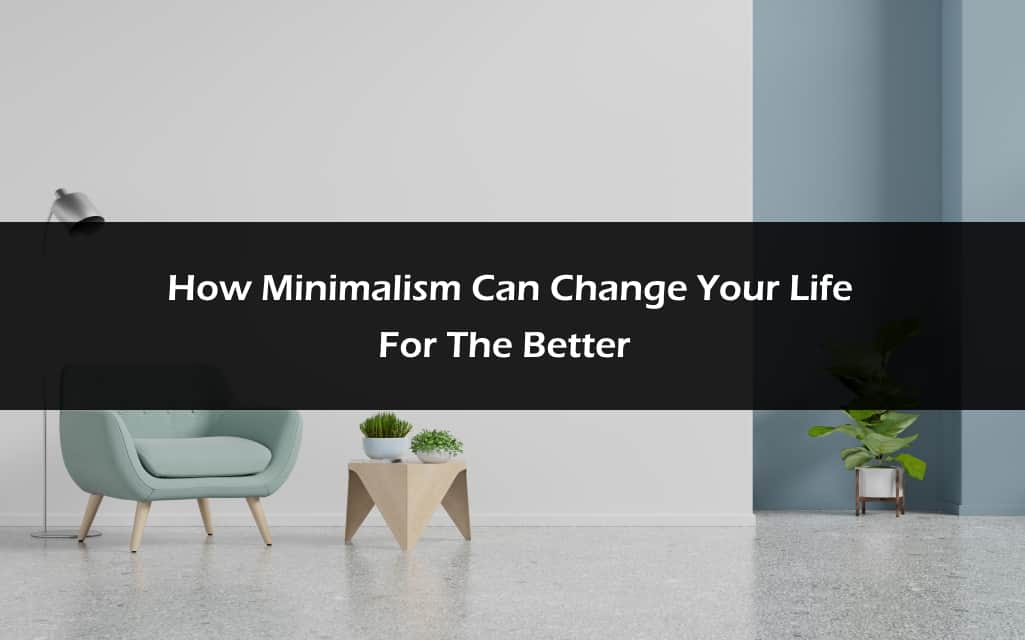 In films, very often you can see the crowd of people rushing for bucks. These people with fuzzy faces, seem to have no identity, being flooded with the ubiquitous consumerism, in which they are gradually immersing. This image, although fictional accurately reflects the current state of things. Most of our generation is preoccupied with money and material possessions they’ve been accustomed to. They pay more attention to things rather than people and experiences, which is a frightening phenomenon. Why is that? It’s heard that money isn’t everything, after all. Yes, but unfortunately modern humans have become quite comfortable, and they find it difficult to deny themselves all these luxuries which today’s world offers them.

In contrast to this consumerist lifestyle, there is minimalism, known already millions of years ago under the name of ascesis. What was it? The simple life in concordance with nature and yourself, without any unnecessary objects that may only distract you. It was the first and strongest foundation of the philosophy, called today- minimalism. And now, you’ll wait and see that this particular lifestyle can change your life for the better.

First of all, choosing and following minimalism, you can finally break free of any financial worries. Do you know this fear when you are waiting for a guaranteed approval decision from your bank or lender whether you’ll be entitled to a loan or not? Now, with a new philosophy, you won’t be dependent on any external institution. Minimalism is about trying to lead a simple life only with these sources you make by yourself. Thus, you won’t be burdened with any debt that must be paid back, which will provide you with the longed-for peace of mind.

Secondly, minimalism can help you prioritise your life. It’s the moment when you can finally stop and think about what is of the utmost importance to you. Some people are always on the go that they forget about real values, such as family, health, love and happiness. And when the scales fall from their eyes, it may be too late. It’s good to have money, but you must also have someone to share it with. Otherwise, even if you were the richest man in the world, but have no one by your side, your life will be empty and meaningless.

It’s also connected with relationships. If you aren’t focused so much on work, money and material things, you start noticing others, both your family members, the other half, kids and friends. You have more time for them, which strengthens your relationships. Instead of buying another pair of casual shoes, you can build something much more valuable- trust and connection with the people you can rely on.

Minimalism doesn’t say that you can’t buy anything, but rather you should spend your money with common sense. So, for example, if you dream about a nice new dress and you feel it’ll make you happier, go for it, but don’t cough up for extra trousers only because they are at a discount. Be assertive and choose only this stuff you really need.

The main goal of minimalism is to make you happy and less stressed. Therefore, you should learn to spend money only on these activities and experiences that give you pleasure. Sometimes, it’s better to go to the open-air cinema with your friends, which is usually for free than unnecessarily buy a ticket for the same film in the commercial movie house. Also, paying for experiences that you share with your loved ones is much more acceptable in minimalism than paying for another gadget you’ll be using only by yourself.

Being a believer of minimalism, you also have a chance of getting rid of any stuff that you are cluttered with. A big wooden chest of drawers which only collects dust, old textbooks from a primary school and all the junk hidden in boxes in the attic? Don’t you know what to do with them? It’s simple, if these things are still appropriable, give them to the needy. If not, throw them out. These are the only ways of making your rooms more spacious. And such little changes made in your home will provide you with better well-being. Finally, you’ll be able to breathe a sigh of relief.All of the presented benefits of minimalism clearly show that this philosophy can significantly change your life for the better. But are you ready to abnegate all the conveniences provided by another philosophy, philosophy of money?