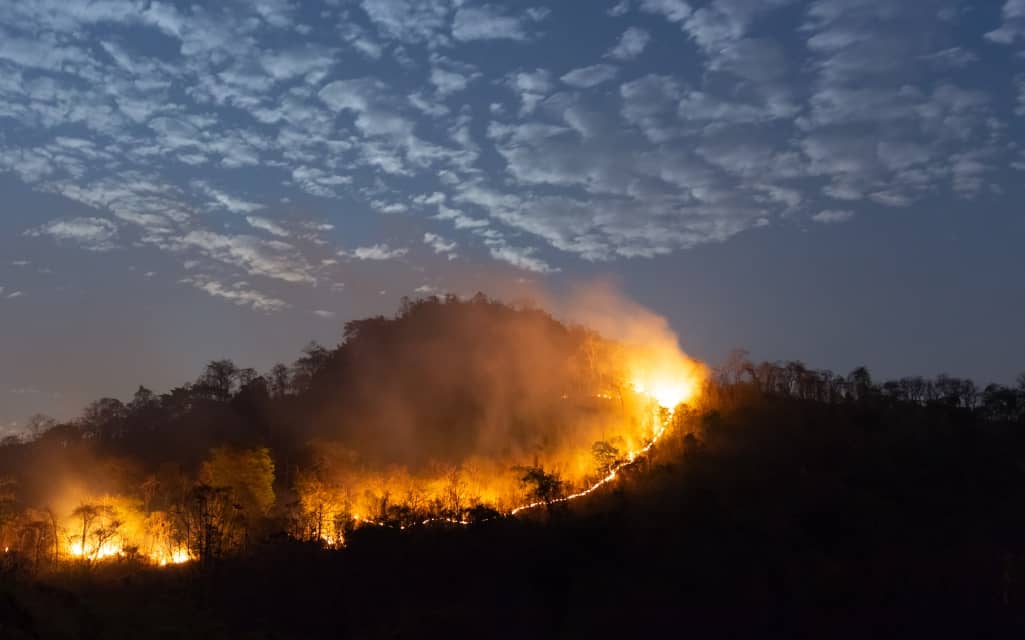 Residents across California have suffered as a result of a huge number of wildfires over the past couple of years. In 2017, close to 9,000 wildfires were reported throughout the state — burning 1.2 million acres of land, which is an area the same size as the state of Delaware, and causing the deaths of at least 46 individuals as well as destroying over 10,800 properties. This year, there have already been over 6,000 more wildfires reported in California. According to the California Department of Forestry and Fire Protection and the National Interagency Fire Center, these wildfires have burned more than 1.4 million acres of land and resulted in damages worth in excess of $2.56 billion.

Throughout all of the devastation, California’s wildfires have seen quite a few people carrying out good deeds to help those in need and show appreciation for those risking their lives to fight the fires. Here, straight stair lift manufacturer, Acorn Stairlifts, reflects on some of the most heartwarming moments witnessed during the state’s wildfires in 2017 and 2018…

Support for a couple who accidently started a Northern California fire

News emerged that the Carr Fire had reportedly begun on July 23rd as a result of a blown tire causing a rim-riding trailer to scrape the road and making sparks which ignited nearby brush. After, Redding resident, Rachel Pilli, stepped up to offer support to the unnamed couple who were in the car at the time.

She wrote a sympathetic message in a card and met a firefighter when visiting The Gathering Church in the city who agreed to post the well-wishes to the couple due to them being neighbors of his mother. From this, Ms Pilli went about attempting to collect more sympathetic messages from those she had on Facebook, with dozens of positive responses recorded in less than a day.

This is because the 21 firefighters joined close to 170 North State residents at Redding Rancheria’s cultural arbor during their time in the city, where they were made welcome with prayer, food, drumming, dancing and singing.

Redding Rancheria’s tribal chairman, Jack Potter Jr., explained to the Record Searchlight that “it’s traditional protocol when you have guests in your land”. The occasion was also an historic one though, as Mr Potter Jr. went on to note: “It’s the first time the Winnemem dancers came out of Winnemem territory.

“The Pit River Feather Dancers did a dance for the animals, and prayer dances for the water. Then the Winnemem dancers did a fire and water dance; they did the war dance to give strength to the firefighters for this war — the war against fire.”

Going back to the wildfires that California suffered in 2017, one man showcased a remarkable feat of heroism when he saved his disabled roommate after a firestorm engulfed the state’s North Bay around Santa Rosa’s Coffey Park where they were both based.

Ed Corn is a full-time caregiver for Heidi Kulick, a paraplegic, with both caught up in a firestorm which devastated their Santa Rosa neighborhood. Explaining the initial moments of the situation to KTVU, Mr Corn said: “Everything burst into flames; all the bushes, all the trees…just went cobalt white and 12-foot balls of fire!”

As the firestorm gathered momentum, Mr Corn took action by wrapping Ms Kulick in wet blankets and towels before wheeling her and her cat across the street and towards the nearby park. Mr Corn then explained that they spent the next three and a half hours moving numerous times, taking care to dodge burning shingles, flying embers and even a moment when a car was hurled through the air by a fire tornado that had engulfed the park.

While the fire surrounded them entirely at one point, Mr Corn took the initiative that they would be safe in the park as he was aware that the grass there was well-watered. When they were rescued, Mr Corn had suffered first- and second-degree burns to both his face and one of his arms. Fortunately, Ms Kulick escaped the firestorm unscathed.

Mr Corn does not see himself as a hero though, telling KTVU: “I can’t go there because we all go on automatic. We kinda know what to do. Our instincts pop in.”

A few miles north of Santa Rosa, a wildlife park owner at Safari West took his role and responsibilities to another level when his site was hit by a California wildfire during 2017.

Peter Lang, the son of Hollywood film director, Oscar Lang, showcased quick-thinking attributes from the moment advancing flames that had been whipped by 50mph El Diablo winds began to threaten his 400-acre estate, which contained a collection of over a thousand animals.

First, Mr Lang steered his wife, his employees and 30 overnight guests at the wildlife park away from danger. Once they were safe, the wildlife park owner grabbed a garden hose he owned and started to battle the advancing flames to prevent them from reaching the site — snuffing out falling embers and coaxing animals, including giraffes, hyenas, cheetahs and rhinos, from one enclosure to the next to keep them away from harm.

Mr Lang’s efforts wasn’t without some personal sacrifice, as his home less than half a mile away from the park was destroyed by the fire. However, he told local media that he “did not lose a single animal”, before also stating: “I have a thousand souls I’m responsible for. It wasn’t even a decision. This is what I had to do.”

We’ve covered just a few heartwarming stories to have occurred when California was hit by wildfires over the past couple of years. They showcase how people across the state go above and beyond to provide appreciated help to those who need it when weather conditions deteriorate.