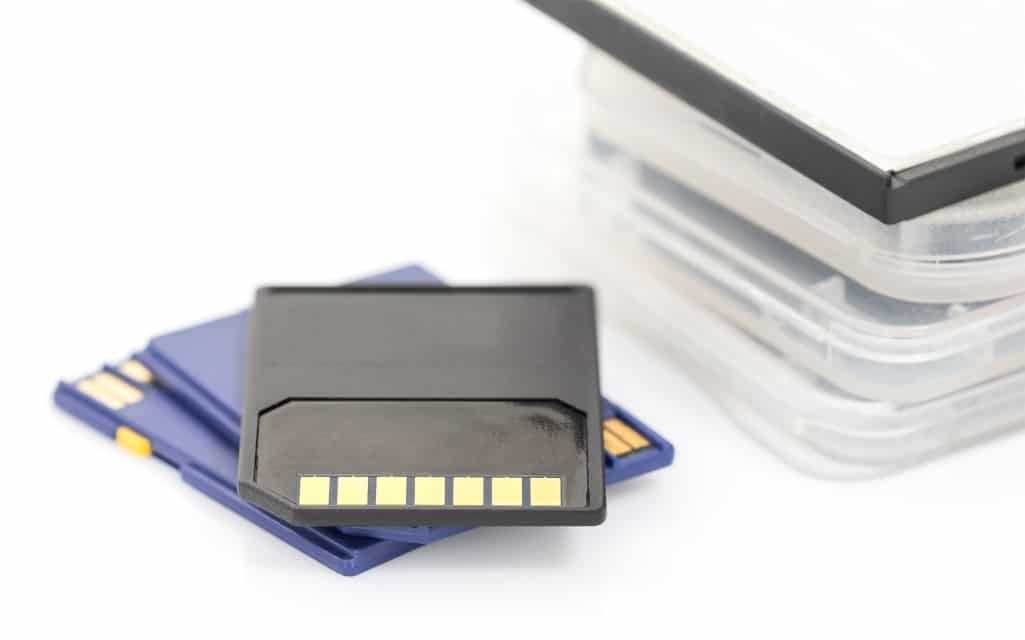 So different devices need different SD cards, then how should SD cards be selected?

When it comes to choosing one SD card, we need to take the five points into consideration such physical size, storage capacity, purchase user, speed grade and real or fake capacity of the SD card.

The size of the standard SD card is 32*24*2.1mm, which is the largest of the three categories. The upper right corner of this type of SD card often has a corner design, which is generally used in digital cameras, far infrared cameras, drones, baby monitors, 3D printer and the other devices.

The size of this card is smaller than standard SD card, and few devices use it, which is gradually out of dated.

The micro SD card is our most common SD card, which is generally used by our mobile phones, dashcam, digital frame, Bluetooth speaker, tablets and so on.

SD card is used as storage device, the capacity is definitely one necessary parameter, everyone knows the SD card, but do you know that the SD card can be divided into SDSC card, SDHC card and SDXC card according to the capacity?

The difference between SDSC, SDHC and SDXC Card

The SDSC card is called standard capacity SD card and has a small capacity ranging from 1MB to 2GB. Usually it is briefly named as SD Card, and then it is seldom to find SDSC in most description.

There will be one question regarding the capacity; the best option will be SDXC card? Actually the answer will be negative, because there are differences in the format of each card. The requirements on the hardware are mutual. If you want to use SDXC card, which can reach 2TB SD card, your device needs support such big capacity firstly. The ordinary devices in the market mostly support SDHC cards, so it is safest to buy SDHC cards in theory.

SD cards have many well-known brands such as SanDisk, Kingston and Samsung. If it is for personal use, the number of purchases is very few, then you can consider buying these brands directly, although the price may be more expensive, but the quality and after-sales are guaranteed. The key issue is that the small order quantity will not increase much cost.

Another way to purchase is wholesale. The first consideration is the price. Under the same quality, the price is the most concerned by all wholesalers. In addition to the brand’s suppliers, there are many OEM factories on the market, such as MRT storage. Their SD card production uses original chips, such as Intel, Micron, Hynix and Toshiba, so the quality is also superior. Because it is the OEM’s production mode, it will make customized products for many customers, so it is rare to do brand promotion. This business model makes the cost of the product lower. Naturally, it will attract many wholesale or customized customers. The supply of such SD cards is also very reliable.

Speed grades are an indicator that we may easily ignore, but this indicator is critical. For example, a high-resolution RAW format photo taken by a professional camera must have faster SD card. If my camera can generate 100MB video files per second, my SD card write rate is only 50MB/s, then this card can not be used normally in the camera.

According to the professional level, the SD card speed is distinguished in the following form.

1. Early speed grades are identified as the Class rating. The higher the Class level, the faster the transmission speed. Now the most common one is Class 10, which can be referred to as C10. The Class level tells the minimum write speed, so you need to select SD Card with specific Class according to the minimum write requirements of your device. You surely can use one higher Class card to bring better experience.

2. UHS (Ultra High Speed) super speed grade is one new bus mode. Currently there are three versions of UHS-I, UHS-II, and UHS-III (downward compatible), which can be distinguished by the maximum reading speed, and will also be identified on the card printing. The UHS standard requires the support of device. If the standard is not supported, the SD card can be used, but it cannot be used at its maximum speed. Each version of the UHS standard uses the singular level of U1 and U3 to identify the minimum write speed, it aims to distinguish it from the previous level of the Class. The card is marked with the letter U plus the number.

3. VSC (Video Speed Class) is video speed grade. With the gradual popularization of 4K, the SD Association has developed new video speed grades for video capture applications. The identification is made up of the letter V plus the lowest write speed value.

4. The earliest speed mark is X-speed logo (no more used now). Sometimes there will be 300X, 667X or similar description on the package or card printing, 1X=150KB/s, how many X is the times of the number. This is the speed indicator that was previously used on the CD and CF Card. It is basically not used now, but the reading speed of the card can still be calculated by this mark. For example, 667X→667 * 150KB/s / 1000 ≈ 100MB/s.

After understanding the speed symbols on the SD card, how do you choose one that suits you?

First of all, you have to determine the application of this SD card. If you follow the standard of photographing, one 32G card is enough. If you are a film and television enthusiast, you are advised to buy 128G or 256G.

Which SD cards are currently recommended in the market?

According to the writing speed selection (photographing user preferred)

How to quickly import into the computer after recording video has always been a headache for photographers. When writing is too slow and file is too large, you must choose a high-capacity SD card with high-speed writing.

The above guides are to select different SD cards through capacity, supplier type and speed levels, but the same capacity in the market is the same speed, and sometimes the price has big gap. For example, the bulk 8GB SD card, the price online is $3.25/pc and another one is only $1.55/pc. The printing and logo are almost the same. Why the price is so different? In order to purchase one full and high quality SD card, we need to know some basic testing techniques.

The H2test software can do full tests on SD card. It reads and writes the SD card through the full disk to determine whether this card is real card or not. The test result is shown below.

It can be clearly judged that the left side of the higher price is one real card, and the right side is a fake card. Of course, it is not meaning that the high price must be true. When you purchase one card, you need to understand the necessary skills, and then you can avoid fraud by simple software testing.

To choose the right SD Card must do full consideration, you will save the cost and time if you get the correct way. SD card is the key accessory for many digital devices nowadays, so the selection of it will affect the use of main device, and then it is necessary to pay high attention on how to purchase the suitable SD Card.