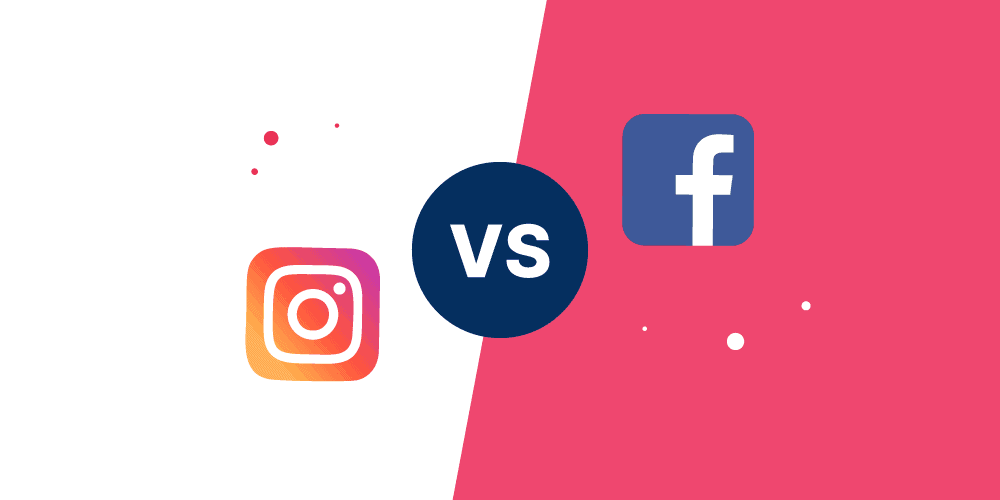 Mobile app stores are filled with a plethora of applications now more than ever. Certain social networking platforms, together with smart-phones, have made connecting and staying in touch with your friends and family a very easy and straightforward task. Some applications are far ahead of others and have gained a lot of popularity amongst users. Instagram and Facebook are one of them. Most of you might already have an account on both of these platforms, but probably prefer one over the other. But why is that so? How are both of these sites similar to and/or different from one another? Let’s dig right into it!

Facebook was founded by Mark Zuckerberg in 2004, and the social media platform took the internet by storm. By the start of 2005, Facebook had gained a lot of popularity on the internet and soon a lot of people started joining the website. It was a platform where you could make friends, converse with them, posts on their walls, and even play games together. But it wasn’t until 2008 till the application reached smart-phones. But when it did, it gained more repute amongst its users since now they could access their profiles easily from their smart-phones. Instagram jumped on the bandwagon a little later, in 2010. Initially, it was an application only meant for sharing pictures with your followers, but soon it was acquired by Facebook in 2012 and the developers worked on the application to make it more interactive, by adding features such as chat and video calling. However, the application still remains a separate platform to this day.

Although Facebook was ahead of other social networking sites in its initial years, Instagram has been the talk of the town recently. It is more popular than Facebook, especially amongst millennial and generation z. The application allows its users to post a picture, anytime from anywhere, both edited and unedited versions. It can be an old one from your gallery or it can be a new shot that you just clicked. It also allows people to share pictures and/or videos on their stories. While posts remain on your profile, your stories disappear after 24 hours. However, there is an option of keeping those stories visible on your profile as well, by adding them to your highlights tab. What’s more is that you get to choose from thousands of filters. This makes the entire process of clicking pictures more fun and guides the users on how to see what someone likes on Instagram. Users also have the option of keeping their profiles private or public, based on their preferences.

Most celebrities and public figures actively use and regularly update their Instagram profiles. That is why their fans prefer following their Instagram accounts rather than their Facebook pages. Facebook pages are not updated as regularly as their Instagram feed. Many businesses have been making use of Instagram lately, to promote their products and/or services. Businesses that actively use Instagram tend to get a bigger market share, and there are stats out there that prove this!  So, why wouldn’t people prefer a social media platform where they not only get to engage with their loved ones but also get to keep a track of what their favorite celebrity has been up to? Not only that, they get regular updates about their favorite brands and pages.

Importance of likes and comments for users

One thing that people have been excessively obsessed with on these social media platforms is the number of likes they, or the people around them, receive. But why is that the case? You probably post a picture up on these platforms and wait for your friends to like that post. You probably even keep track of who liked your posts and who did not. It’s because you get a form of validation when you see most of your followers have liked your post. The more likes and comments that you get, the better you feel about the post you made. Similarly, the more followers an influencer or public figure has, the more they feel good about themselves. Because they know they have thousands, or perhaps even millions of people following them and being influenced by them!

For the reasons stated above, Instagram is leading the world of social media. It is a fun and interactive platform and you should join it too if you haven’t already!