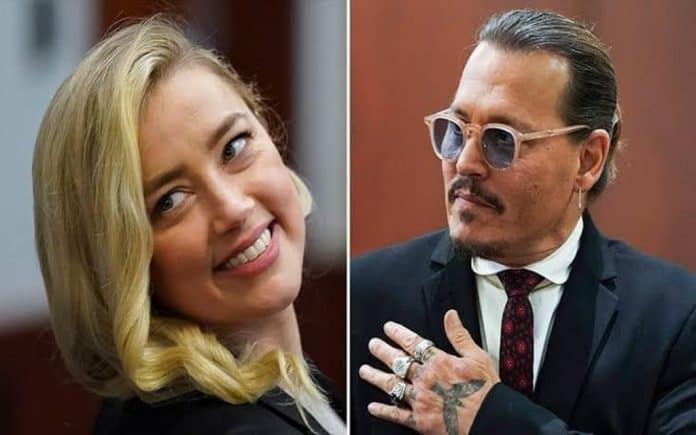 American actor Johnny Depp revealed what he would do with the settlement money he received from his ex-wife, Amber Heard, after he defamation case in which he was accused of mistreatment and sexual assault of his ex-wife

The famous actor had reached a settlement amounting to one million dollars, according to what the newspaper “Marca” reported, and Depp’s lawyer Benjamin Chiu and Camille Vasquez said in a statement that said: “We are pleased to officially close the door to this painful chapter for Mr. Depp, who clarified during these process that his priority was to uncover the truth . “

They continued: “The jury’s unanimous decision, and the resulting verdict in favor of Mr. Depp v. Ms. Hurd, remain fully in place .”

As they explained: “The $1 million payment, which Depp has pledged and will donate to charity, furthers Heard’s acknowledgment that the rigorous legal system’s quest for justice has concluded.”

And Amber Heard had announced a short time ago that she would end the appeal against her ex-husband, Johnny Depp, after she was convicted of defamation .

Heard described the decision to settle with Depp as “very difficult,” explaining that it came after “a great deal of deliberation.” “I have made a very difficult decision, and it is necessary for me to say that I would never have chosen this, ” she wrote.

I decided to take a stand for my rights and suffered the consequences; however, I was also re-victimized by social media through its malicious defamation. The experience is all too common among women in these types of situations.

Amber Heard and her daughter now live in this country after...