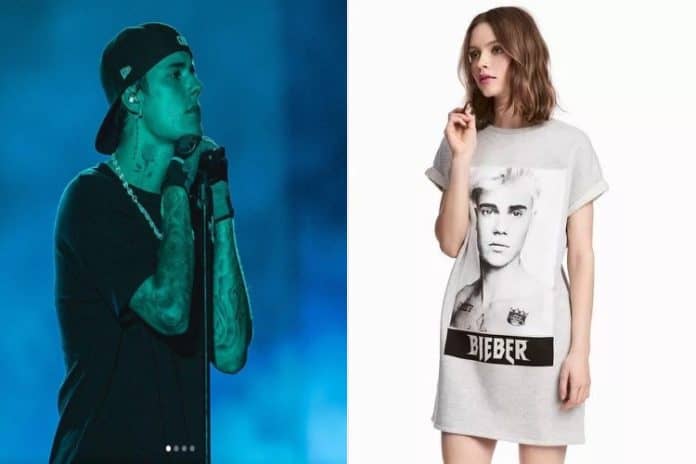 Canadian pop singer Justin Bieber has criticized clothes produced by Hennes & Moretz (H&M) that featuring his image and lyrics from his songs, saying the Swedish company did not obtain his approval.

Bieber wrote on “Instagram”, yesterday, Monday, that “the (H&M) products that they produced using (my image and the lyrics of my songs) are absurd that I did not agree with,” calling on his 270 million followers not to buy them.

H&M separately said it had pulled products related to the singer from its outlets and no longer appeared in its online stores.

After complying with all the necessary stages of approval, we are still verifying that these items can be sold and so have been taken off sale in the meantime,” a company spokesperson commented to Reuters.

The online store of the world’s second largest fashion retailer offers items of clothing bearing images of Bieber or quotes from lyrics such as “I Miss You More Than Life” from the song “Ghost” for prices ranging from 79.99 to 349 Danish kroner (49.80). to $114).

For 200 million dollars… Justin Bieber sells the rights to his...