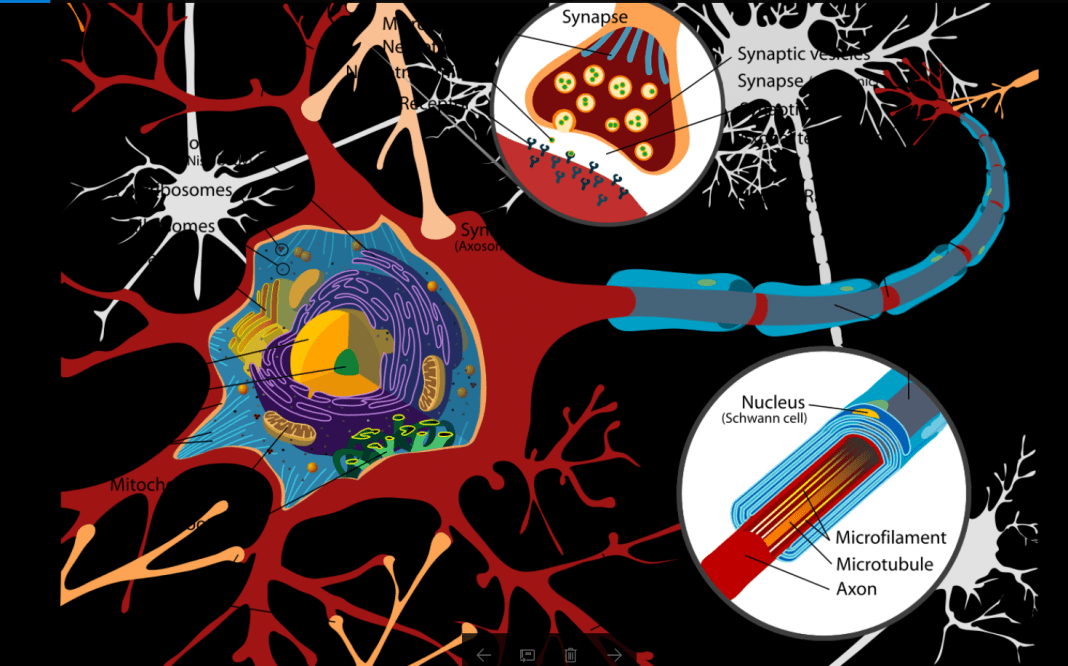 Mirror neurons—those bits of the brain that enable us to see and imaging how someone else feels—function differently during a manic episode and a depressive episode in people with bipolar disorders.  A recent report noted the higher the intensity of the manic symptoms the higher the level of affective empathy. The mirror neurons seem to be overly functioning in manic episodes and under functioning in depressive episodes.

The parietal lobe of the brain, located in the upper part of the head is the key to integrating different sensations as we go about our day. It houses the motor and sensory cortex. As you reach for a glass of orange juice, the parietal lobe integrates information from the eyes about how far away the glass is and where you are located in space in relationship to the glass. It then sends the needed stimulation to the muscles in the arms needed to flex or extend in a particular way.

The parietal lobe also takes in information from your sense of touch and gives feedback to the muscles so that you can hold the glass tight enough that it doesn’t fall out of your hand and loose enough that you don’t crush the glass spilling the orange juice. One way to enhance communication within the parietal lobe and the rest of the body is to engage in consciousness exercises where first you close your eyes and imaging doing a certain activity, say reaching for a glass of orange juice, and then do the activity physically while thinking about each step. This can be challenging when doing activities like brushing your teeth that are often done without any consciousness action at all. This is how researchers talk about the role of the parietal lobe, mirror neurons and neurological disorders.

Notice how your body feels as you move, run, swim or jump.  Notice the sensations the movement creates where your clothes touch your skin or how your arms feel as they swing in the air. Notice the connection between the movement and the feeling. Noticing the relationship is a way to enhance integration of the motor (movement) and sensory cortex of the brain.

2.  Pass The Expression On

The major function of the mirror neuron system include action understanding, imitation, empathy, all of which are critical for an individual to be social. Recent studies suggested that mirror neuron system can modulate emotion states possibly through the empathy mechanism. Here we propose that mirror neuron system based therapies provide a non-invasive approach in treatments to emotional disorders that were observed in autism patients, post-stroke patients with depression as well as other mood dysregulation conditions.

From Playback Theatre comes an imitation and creativity exercise. Stand in a circle looking at the person to your right. One person starts by making a face—expressing something. The person to their left observes the expression and then imitates it back to them. This second person then turns to the person to their left and makes a new face—expressing something new. The third person imitates that face then turns and makes a new face towards the person on their left. The imitated and created expressions move quickly around the circle. Alternatively, one person makes a face towards the person on their left and the second person imitates it and “passes it” to the next person who expresses the face to the next person in the circle till the same facial expression has gone all the way around the circle. Then the second person makes a new face and the game continues.

When we observe someone moving—kicking a soccer ball, winning a basketball game with a final three point basket, picking and smelling a ripe red tomato in the garden or laughing uncontrolably at a hilarious joke—something changes and responds in our brain. That change involves the sensation of sight and evokes sensations within the muscles that would do that action if we voluntarily decided to try to kick, shoot, pick or laugh. In a study of the transformation from a thought—how you feel or what you think about what you see—to a movement that imitates the actions of another person, researchers said,

“In humans, observation of movement performed by others evokes a subliminal [unconscious] motor resonant response [muscle movement], probably mediated by the mirror neuron system, which reproduces the motor commands needed to execute the observed movement with good spatial and temporal fidelity. The subliminal activation of motor pathways induced by movement observation is organized according to general rules shared with the control of voluntary movement.”

Imitate someone, whether it is a family member, someone on TV or at a sporting event. How do you feel? How does your body feel once you have observed the action and decided to imitate it but before you actually mirror the other person’s action? Of course, it is probably good to tell people what you are doing so they don’t think you are making fun of them.