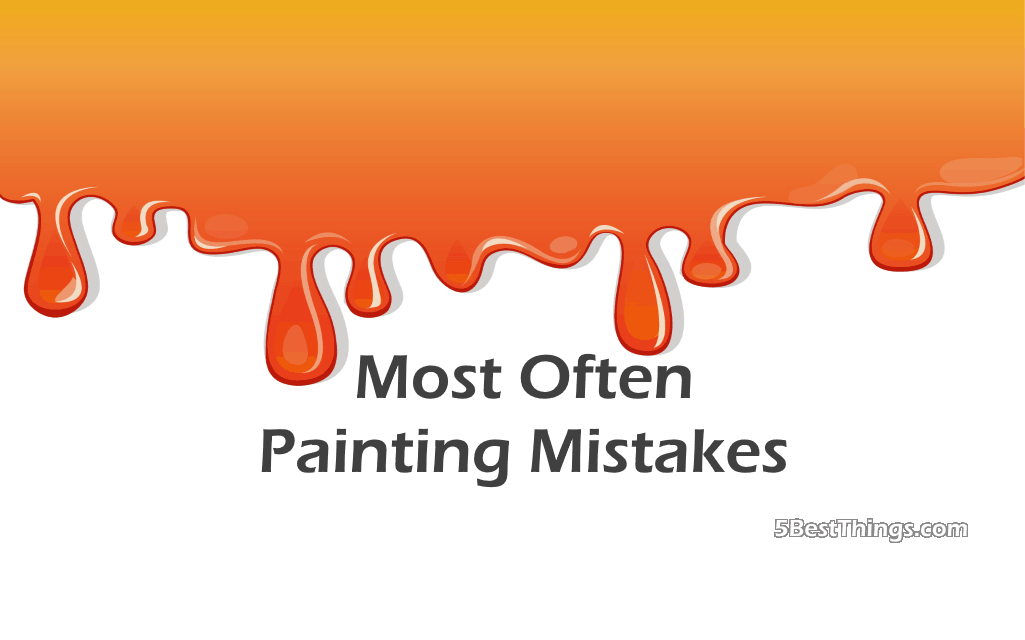 A professional painter will be able to do a far superior job to any beginner, simply because of the tricks of the trade that they have been able to acquire over the years in on the job. With that said, there’s no reason why a beginner should utterly fail at painting. Do a less stellar job? Sure, but not a disastrous one. Painting might be seen as a work of finesse, but it’s not rocket science. Here are some of the most often seen mistakes made with painting, by people that thought they didn’t need any advice before starting a job.

Painting preparations are some of the most important preparations you could find in any job. That’s because the substances used to create such marvelous looking walls need time and prepping in order to give it their best and look their best as well. People often times skip out completely on the preparations before a painting job, meaning that they are also degrading their overall work by a lot.

Especially if the walls you are trying to paint belong to your own home, the last thing you want to do is skimp out on a bit of extra cash and buy cheap brushes instead. The quality of the brushes, roller covers and all the other equipment used for painting a room has a deep impact on the overall quality of the painting job itself. As a result, those who think themselves clever by buying the cheap stuff only trick themselves.

We are going to go ahead and just call this a mistake, but there are some out there who would call it a sacrilege. Painter’s tape is superior to masking tape in every possible way, and if you want a job well done you need to use it in combination with a scraping tool or knife in order to get out all the air bubbles and secure sharp lines.

Not sanding shiny or glossy surfaces

It’s imperative that you sand a surface and then rinse it with clean water before painting, if that surface is glossy or shiny. This is because paint needs a texture to grab on to, meaning that painting directly over a shiny surface is a really bad idea. Still, that doesn’t stop a lot of people from doing it anyway.

How to Use Teak Wood Furniture for Home Interior Makeovers

Must-Have Designs for Your 2023 Garage

Why Roller Blinds Are The Most Popular Window Covering Choice

Best Tips To Reduce Your Home Heating Bill In The Winter

How To Shop For The Best Pool Covers?