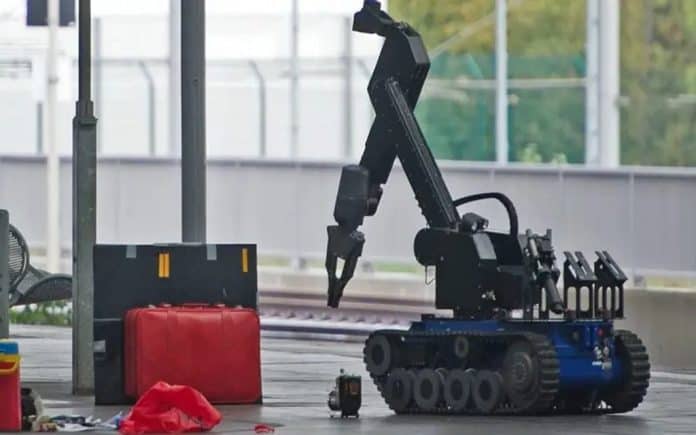 According to a recently published draft of policies, the US San Francisco Police Department has proposed allowing “lethal force” robots to be used during incident response.

In total, the San Francisco Police Department has 17 robots, though 12 of them are currently out of service. This document outlines how the department plans to use its remaining robots.

A police spokesperson told Mission Local that officers use remote-controlled devices to safely investigate and dispose of bombs.

The police department would like to use the AI software for “training simulations, criminal arrests, critical incidents, exigent circumstances, enforcement of court orders or during suspicious device evaluations.”

The department’s latest Remotec robot has an optional weapon system that can load shotgun shells, which are often used to detonate bombs.

QinetiQ Talon bots could possibly also be weaponized. The model the US military uses can be changed to add machine guns and grenade launchers if necessary.

The San Francisco Police Department’s proposal states that robots could be used to kill people in situations where there is a significant risk of loss of life, and this option is preferable to any other force available.

The police department stated that giving robots the ability to kill would help officers with “ground support and situational awareness”.

According to the site, “deadly force” was not originally mentioned in the draft; however, a member of the city’s board of supervisors added that misconception.

The police department crossed out the phrase regarding lethal force and reformulated it into a statement that better explains justifies the use of lethal force. Justification for usinglethal force is only in circumstances where there is an imminent danger and no other options are available, according to Mission Local.

The city’s board of supervisors’ rules committee approved a copy of the document, which is expected to go before the full council next week.

The San Francisco Police Department ignored questions from the Guardian. However, a spokesperson for the agency told The Verge that robots are not currently being planned to use lethal force by the agency; but in extreme and rare circumstances it may be required.