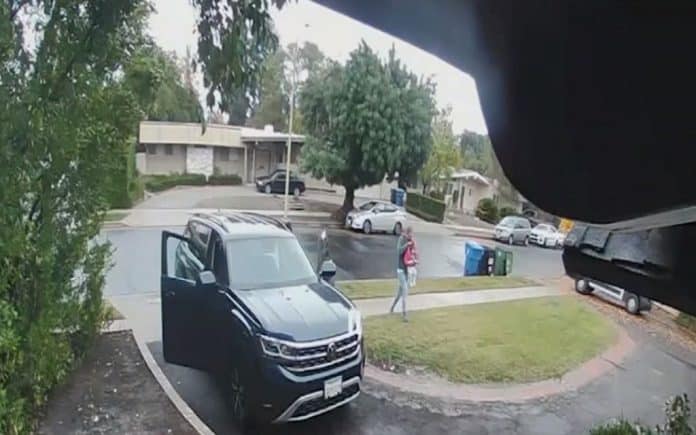 A surveillance camera outside the Eliyahu family home in Los Angeles captured footage of their daughter being attacked by a Coyote.

The video footage depicts the instant when the father steps out of the car to grab a few things, and his two-year-old daughter is left standing in front of their home. Then, a coyote appears and attacks her.

The Coyote had nearly pulled the clothes off of the young girl with his teeth when her father ran to save her. The Coyotes’ goal was to distract the father so that he would not be able to save his daughter, but fortunately, he was successful and chased the Coyote away.

Ariel Eliyahu, the little girl’s father said to US media, “I was hearing her screams and cries. I initially thought she had taken a fall but then saw the Coyote over there.”

After Ariel picked up his daughter and threw a water bottle at the coyote in an attempt to scare it away, the boy’s mother ran out of the house.

Shira Eliyahu, the mother, said: “I saw that her pants were stained with blood and took them off. That’s when I noticed the scratches.”

The girl was not hurt too badly.