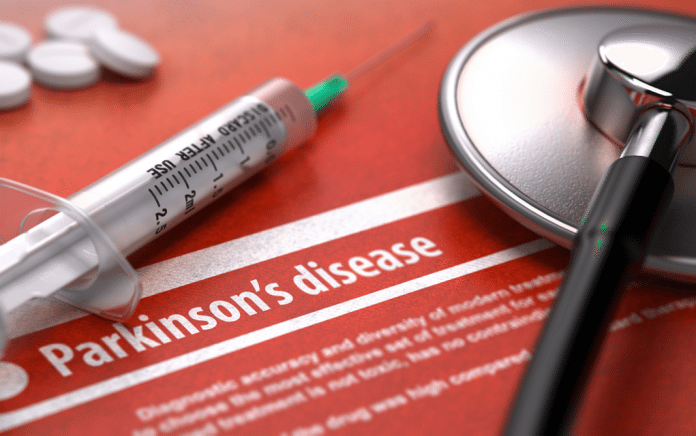 Parkinson’s disease affects many parts of the brain, as well as the ability to walk and move in a smooth confident way. Here are five brain exercises to support improved walking and balance.

A part of the brain, the basal ganglia, modulates several important aspects of walking including balance and the smooth contraction of muscles. The basal ganglia is also the place where we process the emotion of disgust as in witnessing someone eating disgusting food. The following study, “A brain network model explaining tremor in Parkinson’s disease” noted,

Information from complementary and alternative medicine suggests that “long walking” or consciously taking long strides can affect brain chemistry and decrease symptoms in Parkinson’s disease. Harvard Business School professor, Amy Cuddy suggests, standing like Superman or Wonder Woman for two minutes also changes brain chemistry. Cuddy has shown how body language and how we stand affects not only how others see us but how we see ourselves. In a 2012 TED talk, Cuddy said,

Powerful people tend to be, not surprisingly, more assertive and more confident, more optimistic. They actually feel they’re going to win even at games of chance. They also tend to be able to think more abstractly. So there are a lot of differences. They take more risks. There are a lot of differences between powerful and powerless people. Physiologically, there also are differences on two key hormones: testosterone, which is the dominance hormone, and cortisol, which is the stress hormone. – (TED Talks, 2012)

Cuddy goes on to show how standing in a Wonder Woman or Superman posture for two minutes decreases cortisol, making one less stressed and increases testosterone, making both men and women feel more powerful. Could standing in a powerful posture for two minutes influence not only how we feel about ourselves and also our connection to the people around us? Does it change how you feel?


3While walking correct the past tense of “Singed”, “Selled”, and “Teached.”

An article in “Public Library of Science” Journal noted that manipulating the brain with a deep brain stimulator changed both movement patterns and speech and grammar, by improving one and worsening the other. What if practicing the use of past tense verbs in sentences could improve what is going on in the brain and improve walking and movements?

Although deep brain stimulation (DBS) of the basal ganglia improves motor outcomes in Parkinson’s disease, its effects on cognition, including language, remain unclear. This study examined the impact of subthalamic nucleus deep brain stimulation (STN-DBS) on two fundamental capacities of language, grammatical and lexical functions. These functions were tested with the production of regular and irregular past-tenses, which contrast aspects of grammatical (regulars) and lexical (irregulars) processing while controlling for multiple potentially confounding factors. Subthalamic nucleus deep brain stimulation led to worse performance at regular past tense verbs (grammar) but not irregular past tense verbs (lexicon). – (Public Library of Science @PLOSONE 2012)

Recent research indicates that someone with Parkinson’s disease loses the ability to bicycle after, not before, they lose the ability to walk and that bicycling helps keep walking steadier.

The prevalence of Parkinson’s disease appears to be lower in Asia compared to the Western world. It is unclear if this is related to the ubiquitous use of traditional medicine in Eastern healthcare, but the use of complementary and alternative medicine (CAM) modalities in countries like Korea may be as high as 76%. Based on evidence limited to randomized-controlled trials we found that mind-body interventions are generally effective forms of physical activity that are likely to foster good adherence and may reduce disability associated with Parkinson’s disease. – (Journal of Movement Disorders, 2014)

So if you want to walk better despite a diagnosis of Parkinson’s disease or some other movement disorder, use your mind to determine what appeals to you and what disgusts you. Also keep your mind sharp by solving word games and focusing on verb tenses as you walk. Think and move. Consciously focus on how many steps you take over a certain distance. Take longer steps. Dance, bicycle, and do Taichi

Sustaining a Healthy Diet for maximizing Your Weight Loss Goal