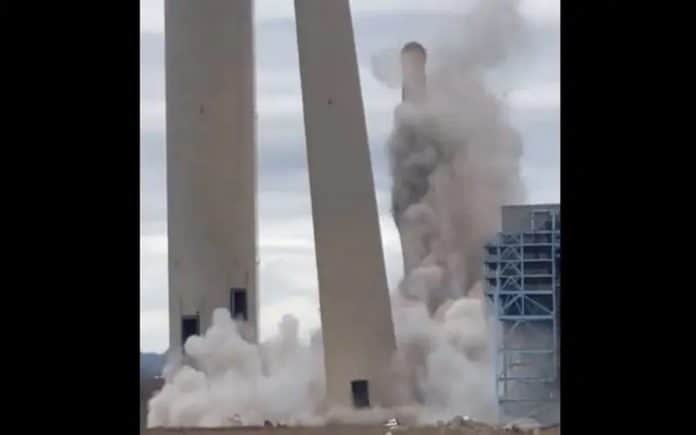 A remarkable instance of this happened when an Ohio-based energy firm contracted with a professional explosive demolition business.

The agreement was for the demolition of 4 chimneys out of 5, with the remaining one to remain untouched.

Every detail of the demolition had been meticulously planned, yet something unforeseen occurred!

“Occurred on November 4, 2022 / Manchester, Ohio, USA We had contracted a demolition company to set off explosives on a controlled demolition. The contract was only to control blast 4 towers but as the 4th tower started to fall it switched directions and took out the scrub tower” pic.twitter.com/ZOGmkQPEgJ

After the explosion began, one of the chimneys suddenly shifted direction and collided with the fifth chimney. This resulted in all five collapsing simultaneously.

From a staggering 1.5 kilometers away, a video clip captured the entire operation at the blast site.

Demolition Due Diligence – What To Know Before You Start Your...