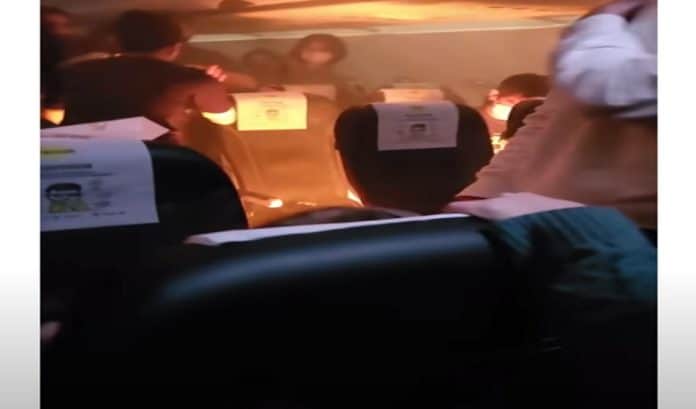 An unfortunate incident occurred on board a passenger plane en route to Singapore from Taiwan Airport in Taipei, resulting in two passengers sustaining injuries and the cancellation of the flight.

Panic erupted on board a plane last Tuesday, when footage of passengers circulated across social media after an explosive “Power Bank” device ignited a fire.

Two passengers injured after power bank catches fire on a Scoot A320neo while taxiing to the runway for departure at Taipei Taoyuan Airport. pic.twitter.com/vdxPXPHmYB

The flight attendants attempted to soothe the passengers before ultimately having to resort to a fire extinguisher in order to quell them.

According to Channel News Asia, both the power bank’s owner and their neighboring passenger experienced minor burns on their fingers requiring medical attention.

After three hours of delay, the pilot announced that disembarkation was required due to Taiwanese regulations which prevented them from taking off. The site verified this notice, confirming what had already been communicated to passengers.