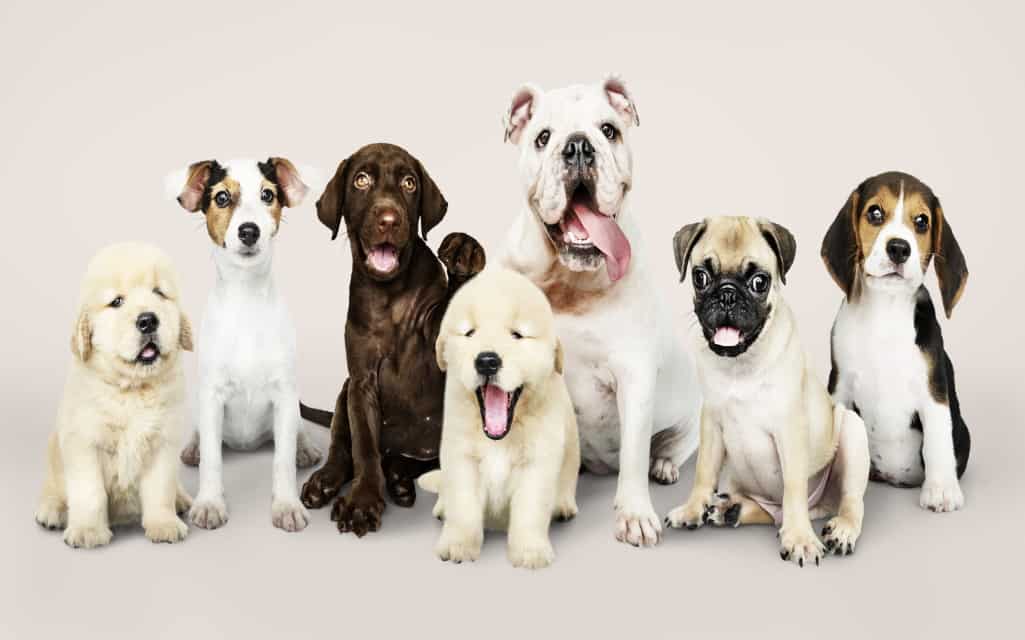 If you plan on getting a dog, you should evaluate your own proficiency as a trainer before making a decision. Some breeds are much easier to train while others are stubborn and very hard to teach. When it’s a small dog, it seems to be a little problem but if you have a large dog that is hard to train, even having the best tools like the best large dog nail grinder, a simple task like nail trimming can become a huge difficulty. This is why we have compiled a list of 10 breeds that are the hardest to train. Here they are, in no particular order.

These little fellows may be small but their attitude is big. Quite stubborn, actually. This is why a Pekingese is a dog for someone that has tremendous patience and appreciates an independent dog that will rarely submit to anyone but a person they highly respect. Although they understand pretty much anything, they are very picky in what commands to obey. A firm and dominating hand is necessary and training sessions have to be frequent and reoccurring pretty much their whole lives. A Pekingese is for acquired tastes but it’s a dog that’s also unique in every single way.

One more that has a very distinctive and unique look but also a personality that can seem very abrasive from the outside. However, a lot of people consider them very cute with their fluffy and one-of-a-kind appearance. With that being said, a Chow Chow doesn’t bode well when he or she sees someone trying to compete for your attention. Speaking about dog jealousy, Chow Chow’s are probably the most jealous dogs of them all and thus you need to be authoritative and assertive when training them. Mix love with mutual respect and it shouldn’t be all that difficult.

Just imaging 101 of them… Some of the hardships aren’t because of their character. Unfortunately, around 1 in 3 (around 30%) Dalmatians is born with some degree of deafness. Because they can’t hear, some Dalmatians are just super difficult to train. Despite the fact, they are very active, loyal and fun to be around with. Ignoring the short bursts of temper issues that do happen once in a while. this is a dream dog for a lot of people. If you give them enough freedom and remain consistent in training, aggressive and unwanted behavior should worry you very little. Moreover, you can also add CBD treats for dogs in their diet and medication as they are good for behavioral issues such as aggression, anxiety and stubbornness.

These hounds were excellent hunting dogs in England. That sense of smell is their primary instrument of interacting with the world and the long, bunny-like ears with the floppy eyes – adorable. However, as loving as they are and regardless of their awesome snouts, Bassets are by far not the smartest dogs in the world. Due to their instincts, if they pick up an interesting scent, no matter what you’re doing, they will get distracted. And it’s not your fault, it’s their instincts. Bassets are great dogs but training possibilities are very limited.

Getting a Fox terrier can be like getting a cat in the bag. They will always be active but around half of them obey their humans while another half acts like you always want to play with them, even if you’re frustrated. They are immensely active and appreciate every day like it’s the most amazing day that has every been. You take a walk? Oh, the beautiful smells. You have something to eat? Can I, please have a bite? There’s someone at the door? Let me lick them and hump their leg. Yes, it is like that with a Fox terrier. The best you can do is to adapt.

His independent spirit makes him tricky to train, so he will need a human with lots of dog experience and patience.  Alaskan Malamutes are a great choice for active humans who love the great outdoors. Malamutes thrive in cold climates and are actually very friendly.

Even though these dogs look quite tough and strong, they are supremely gentle and sensitive. What you need to do is to be gentle, soft, loving and playful with them. Otherwise, you won’t interest them and won’t teach them to obey your commands.

One more unique-looking breed, the Weimaraner is a lovable and affectionate dog. However, it’s slightly similar to a Dalmatian in a sense that it has a surprisingly high energy level. He or she can play for a long time and if you prefer spending your time indoors, this might not be the best dog for you. People who want a Weimaraner also have to be assertive, decisive and strong-willed. Sometimes you have to be tough on a Weimaraner to help them learn but they appreciate that tough love very much.

Who doesn’t love a Beagle? This little four-legged puppy is 90% adorable and 10% impossible. Why? Well, once again, just as with the Bassett, you have a strong sense of smell as well as instinct for hunting. This makes them surprisingly susceptible to distractions and thus, long training sessions are near-impossible to carry out. Furthermore, some of them have a tendency to howl and bark unexplainably (instincts), so they aren’t too easy to adapt to a life inside apartment. However, their loveliness is well worth those occasional struggles.

One of the most recognisable breeds in the world is also one of the hardest to train. They are affectionate once you get past that initial barrier. Nevertheless, getting past that barrier is quite a challenge, especially if he or she is your first dog. Once again, be assertive, demanding but loving. They are quite intelligent, so you won’t have a struggle later on, it’s just that the first steps are quite difficult to make.

It’s, once again, a very unique-looking dog that shines in all parts of the world due to its immense size and beautiful fur. Dog behaviour experts have described Afghans as independent and intelligent which aren’t necessarily two character traits that equal in simple training. Positive reinforcement is advised while once again, being assertive and loving at the same time is the most recommended approach.

What Are the Important Things to Look for in A Dog Bed?

The Importance of Socialization for Dogs & Puppies

The Most Stinky Dog Breeds In India